FacebookTwitterInstagramEmail
| logout
A businessman who received more than $500,000 from Hidalgo County EMS before the company declared bankruptcy agreed to pay back $90,000 in December but admitted no wrongdoing.

Trejo agreed to pay $90,000 and drop a $62,000 claim against Hidalgo County EMS. In exchange, the trustee agreed to drop all claims against Trejo.

Reached through their attorneys, Trejo and the trustee declined to comment.

Chapter 11 allows a business to keep operating while it comes up with a reorganization plan. Hidalgo County EMS, however, never came up with a plan and shut down in May 2021. 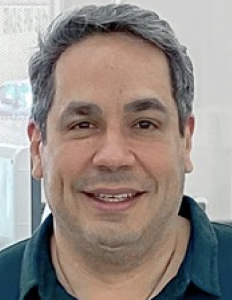 The city of Pharr purchased the company’s assets, which included 98 ambulances, for $1 million.

Ponce confessed to defrauding Hidalgo County EMS creditors and stealing money during the bankruptcy. The criminal information filed against Ponce referred to Trejo as “Co-Conspirator A.”

“Fraudulent promissory notes and commercial lease agreements were created, including the back dating of documents, relating to the Owassa property in an effort to protect their respective financial interests due to the bankruptcy proceeding and restructure approximately $264,991.46 in additional unsecured debt that was owed by PONCE and Hidalgo County EMS to Co-Conspirator A,” according to the criminal information.

The fraudulent documents provided Trejo with an advantage over other creditors during the bankruptcy.

Ponce, who pleaded guilty in March 2021, is awaiting sentencing.

In May 2022, though, the bankruptcy trustee filed a civil case against Trejo.

The trustee wanted Trejo to pay back nearly $533,000 in “preferential transfers” he received from Hidalgo County EMS in the 90 days before the company declared bankruptcy.

“Prior to the Petition Date, Trejo extended credit to the Debtor by either lending the Debtor funds or permitting the Debtor to use his credit card to make purchases,” according to a filing in the civil case against Trejo. “During the 90-day period before the Petition Date (the ‘Preference Period’), the Debtor made transfers of its funds to Trejo in repayment of its antecedent debt by way of checks payable from its account at Plains Capital Bank (‘PCB’).”

Trejo didn’t agree with the trustee’s conclusions and argued, among other things, that Hidalgo County EMS made the payments “in the ordinary course of business.”

They settled the dispute in October, when Trejo agreed to pay $90,000 and drop his claim against Hidalgo County EMS.

Jones, the bankruptcy judge, approved the settlement on Dec. 19 and directed Trejo to make the $90,000 payment within 5 days.