Perfection is a standard many strive for but very few attain. In baseball and softball, a perfect game is when a pitcher retires every batter he or she faces without giving up a walk, a hit or having an opposing player reach base on an error.

Likewise a team is said to have a perfect record when it goes undefeated. With wins against Valley View, Rio Grande City, Edinburg Vela, Veterans Memorial and Sharyland through the first five games of its District 31-5A schedule, the Pioneer Lady Diamondbacks softball team is a perfect 5-0. 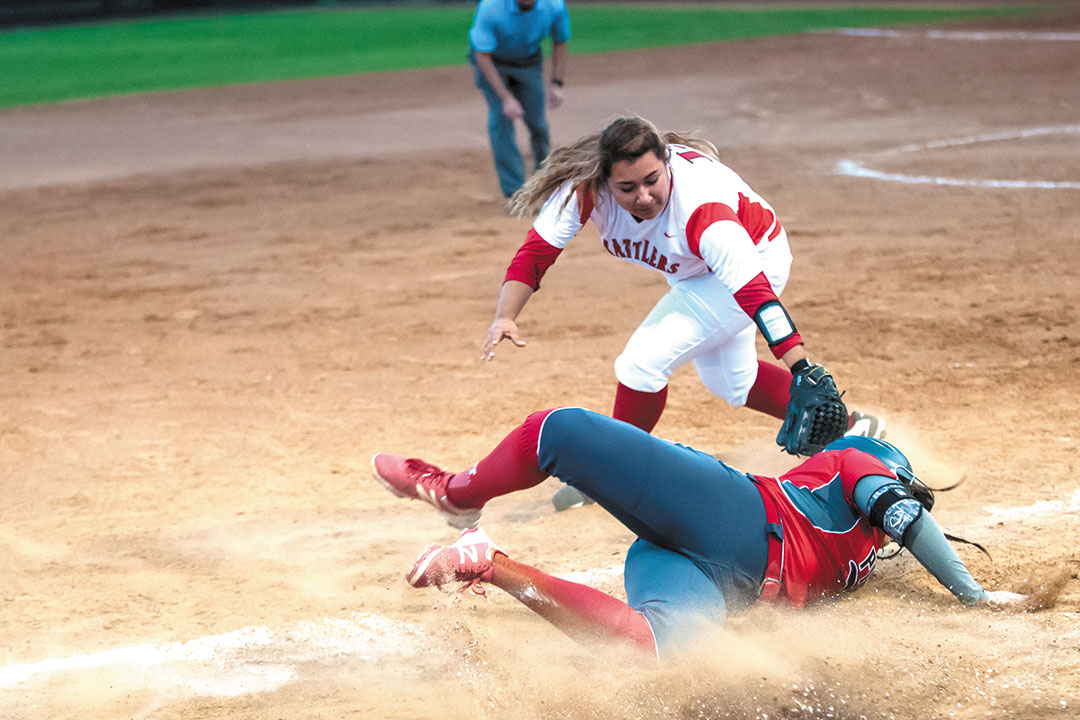 Shortly after the Lady Diamondbacks’ 12-1 five-inning win over the Lady Rattlers Tuesday night, Pioneer head softball coach Orlando Garcia gave some insight on how his team has managed to remain perfect thus far.

Last year, the Lady Diamondbacks’ inaugural season, Pioneer put together an 8-4 district record and claimed a bi-district championship thanks to their two-games-to-none first round series win against Brownsville Porter.

“We were the only team out of our district that won their bi-district game last year,” Garcia said. “We’ve brought everybody back from last year so that is a big plus. We’ve got two seniors that are on the field at all times, first baseman Brooke Garza and third baseman Faye Ramos, our other starters are under-classmen.”

Two of those returning starters are juniors Mariah Youngblood and Emily Michki. Youngblood is the Lady Diamondbacks’ starting pitcher while Michki plays shortstop.

Youngblood held the Lady Rattlers scoreless through four innings of play Tuesday night but did give up one run in the fifth. It was too little too late for Sharyland however as the Lady Diamondbacks’ 11-run lead resulted in the game being called after five innings due to the 10-run rule.

“My strategy is to keep the batters off-balance, but I mainly rely on my defense to make the plays,” Youngblood said.

Keeping the batters off-balance is what Youngblood did very well against Sharyland. As for Michki, she is one of the main reasons Youngblood has learned to rely on her defense. That is because she rarely lets anything get past her at shortstop. As a matter of fact, Michki is so talented that she actually tried out for and made the Rattlers’ baseball team as a freshman.

“It was a cool experience,” Michki said. “I was the only girl trying out for the boys’ team. I did make the team but I chose to play softball because I can go to college and possibly make a career out of softball. And playing college ball is what I’m shooting for.”

As for what it’s going to take for the Lady Diamondbacks to win the district championship this year, Michki said, “We’ve been working our butts off. We’re out there sweating on Saturday mornings and then we come to the games and it shows. I’m very confident in our team. We’re working together and it’s all clicking right now. That’s all that matters.”

The Lady Diamondbacks’ biggest second round challenges are expected to be against Rio Grande City April 5 and Edinburg Vela April 8. If they can win both those games, they should be well on their way to clinching the first softball district championship in the school’s brief, two-year history.