The city of Peñitas extended a one-year contract for City Manager Omar Romero, which was approved at the May 26 city council meeting. 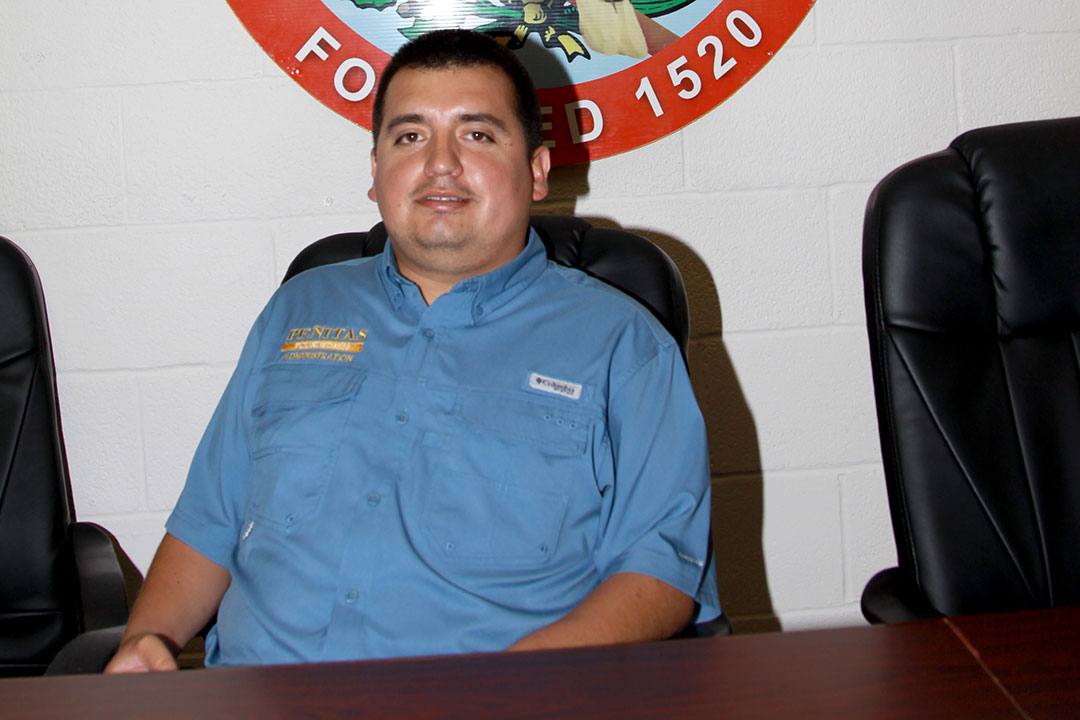 “We’re trying to see what we can we do with what we already have and provide better services to the citizens of Peñitas,” Romero, 32, said of his work ethic. “We want to work smarter and find out how to better utilize the people we already have instead of hiring more people. We have a wealth of knowledge available to us.”

Romero has held his position since he was appointed interim city manager in September 2015 following the departure of former City Manager Oscar Cuellar. He was officially appointed city manager in December for a six-month term. Previously, Romero worked as the chief of operations for the RGV Harley Davidson office and as an accountant for the Pharr-based firm Oscar R. Gonzalez CPA and Associates.

For Peñitas Mayor Rodrigo “Rigo” Lopez, having Romero as the city manager is a reflection of his vision for the city with a population of 7,500, which is to see it grow.

“Romero exceeds expectations and he’s made the city grow and had brought in a lot of progress,” Lopez, 32, said. “We want Peñitas to grow to be the big attraction for western Hidalgo County and I truly feel everything he’s done for us is responsible for facilitating just that.”

Since Romero became city manager, Peñitas has seen new developments. These include a new police substation, a 24 hour emergency medical station and a new volunteer fire department to provide better coverage for the city, all of which Lopez credits Romero for implementing. Romero also plans to replace all their police vehicles with a new fleet by the next budget year which begins this coming October.

Both men agree that Peñitas is a city with a lot of potential and Romero’s work has helped in preparing the city for it.

According to Romero, Lopez’s plans for Peñitas include improving services for the city along with implementing a city park, a baseball and soccer field within five years. Romero believes his work is helping guide the city to experience retail and residential growth. To jumpstart that growth, Romero has facilitated a partnership with the Agua Special Utilities District to lower water costs in the city. According to Romero, the city is also working with the U.S. Department of Agriculture to help finish the city’s long-delayed sewer project to provide sewage services to its citizens.

“The city is bigger than people realize,” Romero said. “The city currently stretches from the border all the way to north five mile line. It’s a really big city that has a lot of potential and will only keep growing. I am ensuring my staff and the city is prepared for that.”