Leadership is crucial to the success of every sports team. Former Sharyland High baseball standout and current Texas Tech Red Raider first baseman, Eric Gutierrez, has displayed that on and off the field at both levels. Gutierrez’ hard work paid off on June 11 when he was selected by the Miami Marlins in the 20th round of the 2016 Major League Baseball Draft.

Gutierrez credits his baseball beginning to his family as the game of baseball surrounded him growing up, he followed the lead. 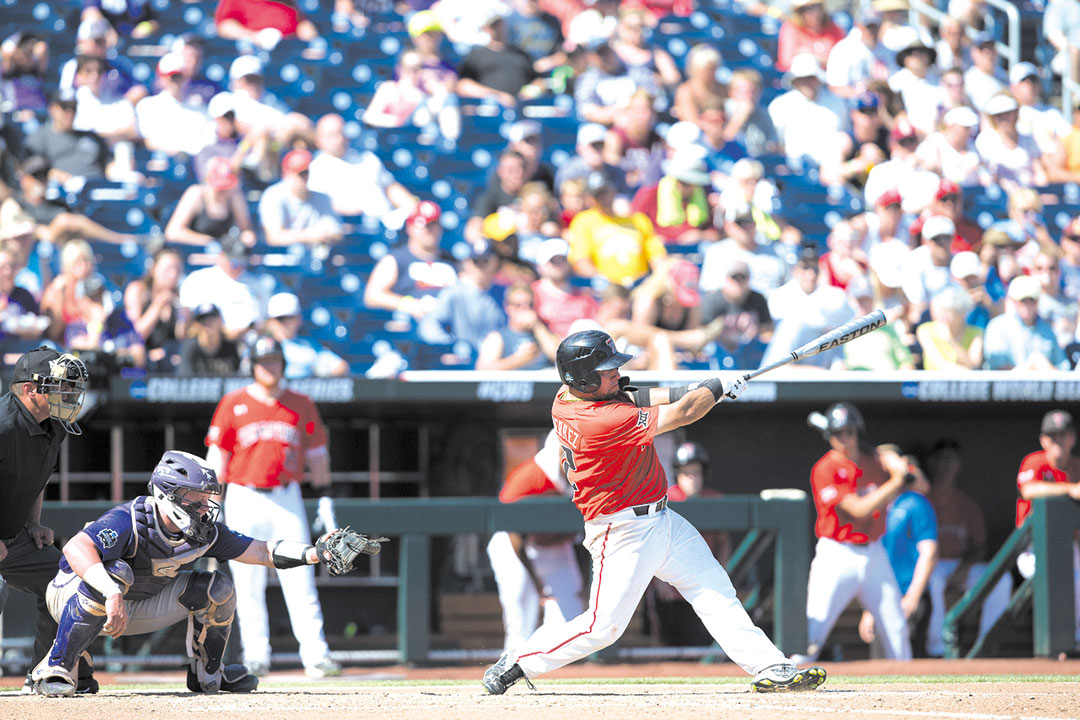 “My dad used to play baseball, my uncle played baseball, and my grandpa is an umpire. I just grew up around it and from there I’ve liked it since. You grow up as a little kid, you want to play major league baseball all your life,” Gutierrez explained in a video interview with the Big 12 Champions for Life campaign.

After graduating in May from Texas Tech, Gutierrez and the Red Raiders season has continued on as they advanced to the College World Series in Omaha, Nebraska where they won their first CWS game in program history. It was the Mission native’s two run home run, his 13th of the season, which propelled his team to victory in an elimination game against the top seeded Florida Gators by the score of 3-2. He has helped put the team in position to become national champions as they are one of only five teams remaining in the College World Series, the biggest stage in college baseball.

His four years of play while in Lubbock have been nothing short of outstanding. The 5’10, 205-pound Mission native was named the Big 12 Player of the Year for his play as a senior over the past season, becoming the first Texas Tech player to win the award since 1997. Gutierrez holds the school record for games played at 244, which is the longest active streak currently in the country. The first baseman is also a three-time All Big 12 First Team honoree in his last three years and earned Freshman All-American honors in his first year with the program.

Tres Barrera, a former Sharyland teammate of Gutierrez who played college baseball for the Texas Longhorns, described what he saw in his former teammate back in their high school days.

“He’s one of the best players I’ve ever played with, one of the best hitters I’ve ever seen. It was an honor to play with him at Sharyland. We did a lot of great things together,” said Barrera, a 2016 MLB draft pick of the Washington Nationals. “He was the best player in our conference this year. A lot of people were counting him out because he’s small and because he’s from the Valley, but I knew all along what he could do.”

After excelling on big stages at Sharyland High and in the Big 12 at Texas Tech, Gutierrez begins his professional baseball career with the Miami Marlins looking to continue to grow his game as a complete baseball player.

“In baseball you have your ups and downs.  I think I’m getting better on that as I grow up. You never know when you’re going to get that spot where you need to bring those runs in; you need to keep your cool,” Gutierrez told Texas Tech Athletic’s Double T Insider in an interview. “You work with it as you grow up and it helps a lot on the mental side of the game.”