In an unexpectedly low scoring game, the Mercedes Tigers ended the Rattlers’ season with a 17-7 win at Mercedes.  Neither team was able to put together solid drives, but the Tigers did get some long running gains from their quarterback, Zach Gomez.

Mercedes lit up the scoreboard first towards the end of the first quarter.  It seemed the Rattler offense had found the magic formula as Alvarez lofted a pass to Blake Klein in the end zone with 30 seconds left on the clock in the same quarter, but that proved to be the only scoring of the night.  The Rattler defense had its moments in the second quarter.  With 30 seconds on the clock, Mercedes moved the ball all the way from their own 18 yard line to the Rattler 2 yard line where Sharyland stuffed the drive with 3 seconds left in the half, leaving the score tied at 7. 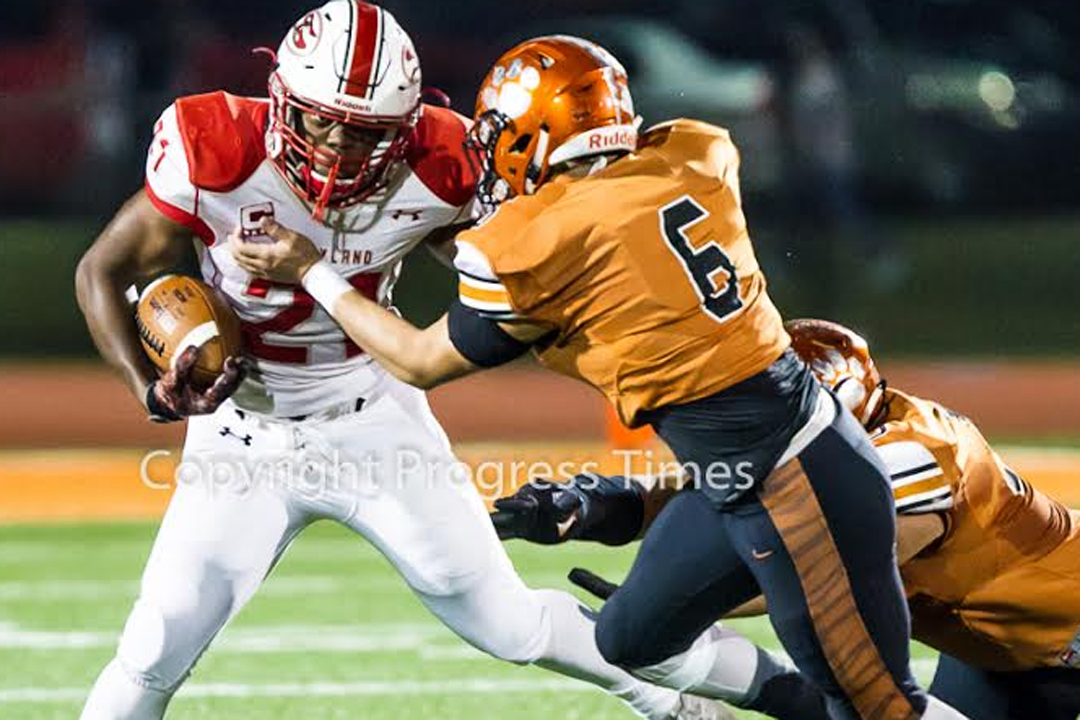 It wasn’t until late in the 3rd quarter that another score was added, as the Tigers’ started at their own 45  yard line and connected on a pass for a second touchdown.  They threatened again near the ten minute mark of the 4th, but a sack by linebacker James Harris forced the Tigers to try a long field goal which failed.  But again, it was Gomez who ignited the Tigers with another long run that culminated in a field goal from the 25 yard line to end the scoring for the game.

It wasn’t a lack of effort by the Rattlers.  With time running out, the Mercedes defense knew Sharyland would have to take to the air.  They pressured Alvarez which resulted in a hurried throw that was picked off by Mercedes with 2:48 left in the game.

The Rattlers will be cleaning out their lockers next week, but Ron Adame’s charges gave us another good season of solid Rattler football.