Skippers are a family of butterflies that occur worldwide. The greatest diversity of Skippers is found in the Neotropical regions of Central and South America. Seven species of white-skippers are found in Mexico. Prior to Sunday’s sighting, five of the seven species had been recorded before in the United States. That number has now increased to six. 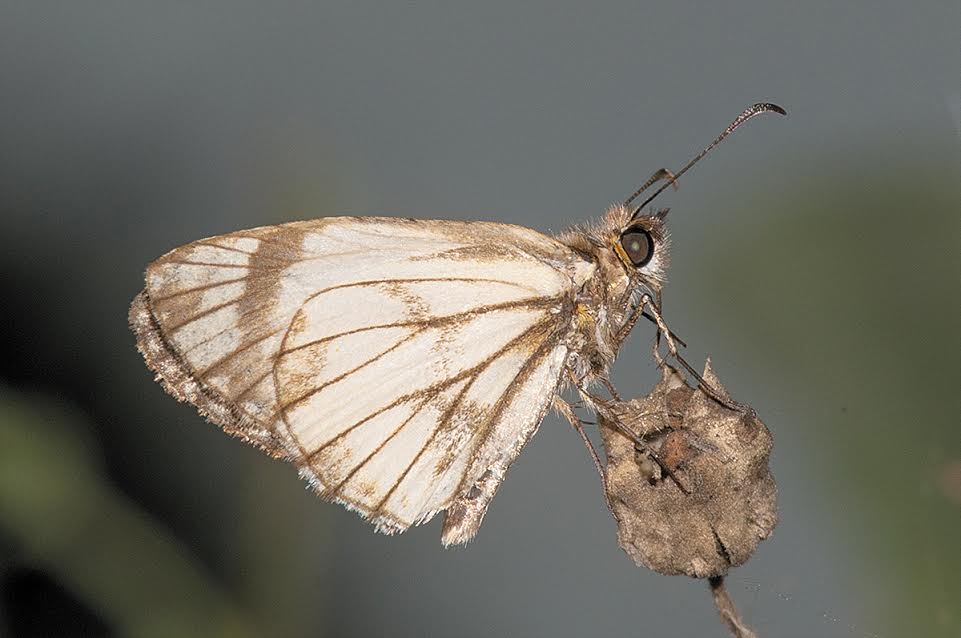 How long this particular Skipper has been in the Valley will never been known. Neither will who may have been the first to see it at the NBC. What is known, however, is that Pat Riek, of Lancaster, Wis. and Green Gate Grove, Mission, was the first to report it and to accompany that report with a photograph that identified it as an Alana White. As a result, Riek is being credited with a First U.S. Record for this particular species.

Before Riek could be credited with the historic find, however, the same butterfly was seen and photographed at the NBC the following morning by two other butterfly enthusiasts. At that time it was believed to be a similar looking species of Skipper known as the Veined White-Skipper. Had it been a Veined White, it would’ve been the Second U.S. Record for that species. It was not until later in the day that the identification was corrected and then confirmed by Dr. Jeffrey Glassberg, founder of the North American Butterfly Association and the NBC. It was also on Monday that Riek informed Marianna Trevino Wright, executive director of the NBC, that she had photographed the same butterfly the day before. That was when she was credited with the First U.S. Record.

The National Butterfly Center is located at 3333 Butterfly Park Drive in Mission. For more information, call 956-583-5400 or visit www.NationalButterflyCenter.org.