Over the next five years Mexican Fruit Flies could cost the citrus industry $1.44 billion in lost revenues in three states including Texas, according to the U.S. Department of Agriculture. In addition, other parasites such as the Asian Citrus Psyllid could contribute even more to lost citrus revenues, according to South Texas Citrus Alert (STCA).

STCA officials say homeowners who fail to address parasites affecting trees in their yards could be exacerbating the problem. That’s why the Texas A&M Agrilife Extension Office in conjunction with the STCA is holding a Winter Texan Citrus Center Festival Feb. 10 at the university’s Kingsville Citrus Center in Weslaco. 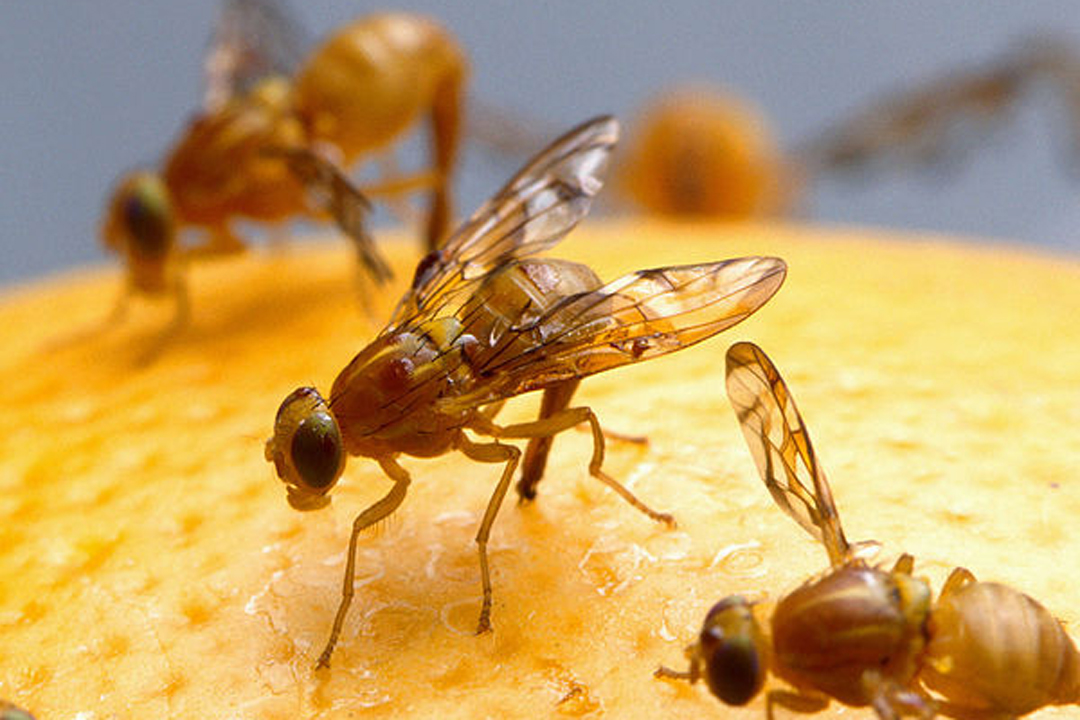 Lorenzo Garza is the STCA’s outreach specialist whose job is, among others, to inform the public about the parasite problem. The STCA is a quasi-governmental entity that is part of the Texas Citrus Pest and Disease Management Corporation and works closely with the U.S.D.A., the university and the Texas Department of Agriculture.

STCA estimates there are approximately a half million citrus trees growing in the yards of private homes in the RGV. The organization is promoting a program that calls for residents to clean their trees each year by April 30.

“And when we say clean we mean picked off,” Garza said in a telephone interview Wednesday. “All the fruit should be picked off the tree by April 30th. The U.S.D.A. is also pushing this and we’re trying to have a specific date in which the residents should have the fruit off their trees. This gives them a target date.”

Garza said the U.S.D.A. releases sterile fruit flies throughout the RGV periodically to mate with other fruit flies in an attempt to reduce their population. Never the less he said it is up to homeowners to contribute to the eradication efforts.

Per a South Texas Citrus Alert press release the Mexican fruit fly was first found in Central Mexico in 1863, and by the early 1950s flies were found along the California-Mexico border. The pest has since been detected in Arizona, California and Texas.

“Those sterile flies still go through the fruit like any fruit fly would,” he said.

Garza said there are currently several areas in the RGV under quarantine that has stopped citrus production in some areas of the valley.

“Basically the flies evolve from a larvae from an egg laid in the fruit. That larvae becomes a maggot which becomes a fly so if you cut that orange open it may look fine but you might find a nice little worm or a nice little maggot or any stage that precedes flies and you might not see that,” he said.

Though much of the infestation of the fruit flies in blamed on unmanaged, highly infested Mexican groves near the U.S. border, Garza said obtaining cooperation from Mexican citrus growers has been difficult.

“We’ve thought about it but trying to find out who owns those groves has been problematic,” Garza said.

During the Feb. 10 event citrus experts will inform the public the best ways to maintain their fruit trees and to kill the Asian Citrus Psyllid, a small insect that attaches itself to the bottom side of citrus tree leaves.

“Basically it injects its larvae into the leaf and into new growth on a tree,” Garza said. Then the tree starts to develop a blotchy spot on the leaf and it starts consuming the tree. It’s a non-curable disease and after it hits that one spot it starts spreading along the tree until you start seeing deformed fruit, you’ll start seeing the quirky veins on the leaves until you see the die back of the tree itself.”

During the event residents will be instructed on the best chemicals to use to kill the insect and how to apply them.