As a young man growing up in Mission Jaime Acevedo had dreams of becoming a doctor. That is until he began taking pre-med classes at the University of Texas Pan American campus.

“In high school you had your science classes where you would do autopsies on frogs and different things. But when I got to Pan Am they actually had little babies and it kind’a freaked me out and I realized this was not for me,” said Acevedo, who on Monday was introduced as the City of Mission’s new Planning Department Director. 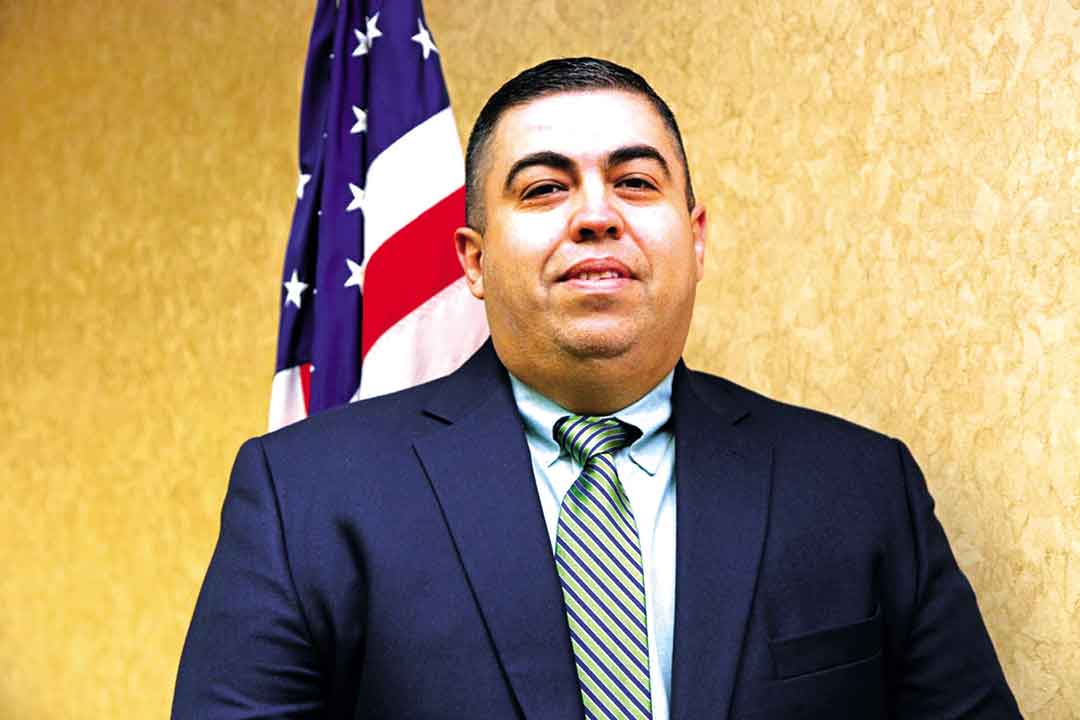 Acevedo, 43, was born in San Jose, Calif., while his parents, Juanita and Profirio,  were working as migrant  farm workers. Acevedo said he first came to Mission when his parents returned in the off-season to their hometown in 1989. Acevedo said he lived with an aunt for a year to stay and attend Mission High School when his parents left town again for field work. He was reunited with his mother and sister when they returned permanently to Mission the following year. His father eventually retired here as well while his mother is employed by the city.

Acevedo graduated from Mission High School in 1991 and earned his undergraduate degree in Business Administration at UTPA in 1998 before joining the staff of the Hidalgo County Urban County Program where he administered Community Development Block Grants in some of the smaller cities in the county.

“So it got me involved in municipality work and I liked it. So that’s why when I went back for my master’s degree I chose to get it in public administration,” Acevedo said in an interview Tuesday at the Mission municipal building.

Acevedo’s master’s degree came after he worked ten years for the Mission Planning Department and during the subsequent five years he worked in the purchasing department of the McAllen Independent School District. During that time, from 2013 – 2015, Acevedo served on Mission’s Board of Zoning Adjustments, a position from which he resigned in October 2015 to become Mission’s assistant planning director under his predecessor, Daniel Tijerina. Tijerina resigned recently to become the assistant city manager in Mercedes where current city manager Richard Garcia has been with the city for 35 years.

Acevedo said he officially became planning director of March 20. His promotion also meant a promotion for the city’s Chief Building Inspector, Virgil Gonzales, who has been named Assistant Planning Director.

Acevedo said he immediately got his feet wet working with residents who opposed permitting a restaurant to serve alcohol. On Monday the city council followed the Planning Department’s recommendation against allowing alcohol to be sold at the restaurant, which was originally proposed as a bar until residents voiced  opposition to alcohol being served so close to a residential neighborhood.

Acevedo also explained that a recent change in the city’s zoning ordinance that would allow apartments to be built within the city’s original townsite that were already zoned for commercial use was less about the city liberalizing the city’s zoning policy pertaining to apartment buildings and more about assisting some business owners within the townsite who live in apartments above their businesses which required the owners to repeatedly obtain conditional use permits to continue operating while living on the premises.

“What we’re doing by passing this ordinance is we’re protecting their investment by making them permitted use because sometimes approval by special use permits are subject to change depending on the circumstances,” Acevedo said. “So this would make them more at ease so they don’t have the burden of worrying the city might revoke their conditional use permit because we’re trying to encourage entrepreneurship and small businesses which this would allow a property owner to live and operate his business on the same lots.”

As evidence the ordinance change does not represent carte blanch to apartment builders the city council on Monday denied zoning change requests that would have permitted construction of an apartment building and town homes in areas abutting single family residence neighborhoods.

“So this is less a move to start building apartment buildings but to give confidence to businesses already there by removing their conditional use status,” Acevedo said.