As a high school junior on the school’s basketball team, Cynthia Canchola recalled an instant during a competitive game where she saw a player from the opposing team trip and fall. Without hesitating she helped the player get back up.

“I was a very shy student back then and wasn’t an aggressive athlete so I was just being nice,” Canchola explained. “My teammates were shocked I did that and wondered why I would do it. At the time, I wasn’t aware how you needed to be competitive, almost ruthless to play.” 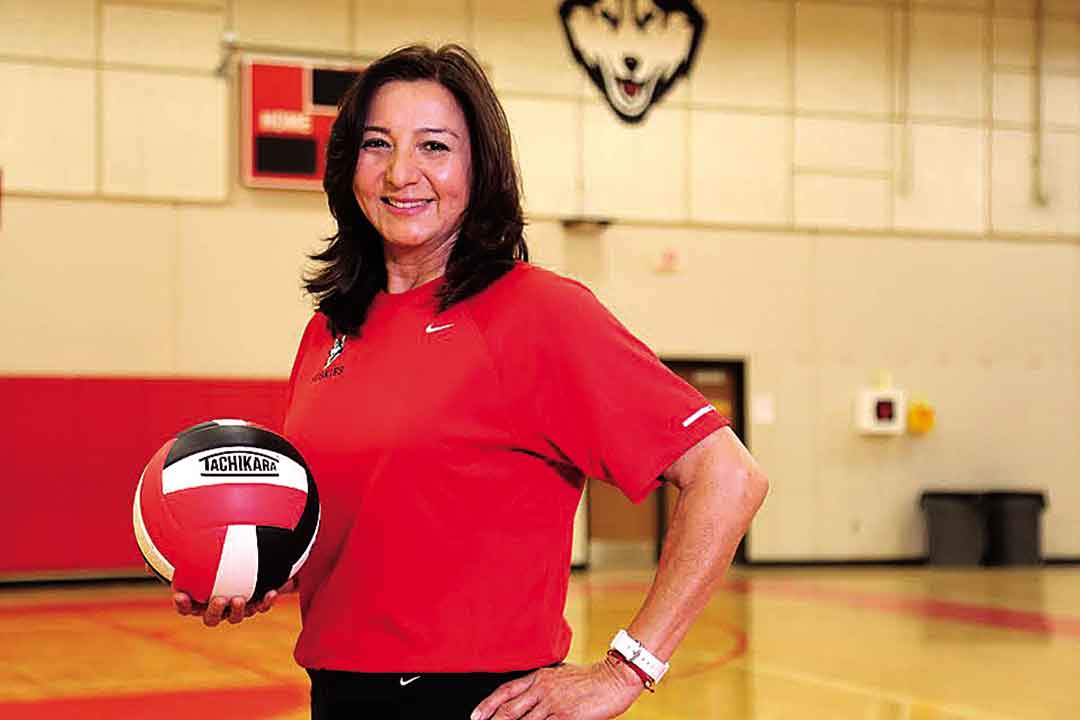 After that incident, Canchola said her basketball coach started challenging her with one-on-one basketball games against each other to try to mentally prepare her for any upcoming games.

“He was making me think on my feet and be more aggressive,” Canchola said. “He’d tell me, ‘While you’re on the court, this is who you have to be. While you’re off the court, you can be yourself.’ It was so much more effective method of teaching than if he had just screamed at me what to do from the sidelines.”

That coach, whose name Canchola could not recall, was one of several coaches she experienced as a student athlete who she says influenced her into “blossoming” to a career as a coach. In February, more than 30 years later, Canchola was named the new athletic coordinator for Domingo Treviño Middle School becoming the first female athletic coordinator in the La Joya Independent School District.

As athletic coordinator, Canchola oversees all the athletic programs for Domingo Treviño Middle School, she said. Previously, Canchola served as a girl’s track, basketball, cross-country and volleyball coach throughout the school district for the last 27 years before becoming the head of the girl’s athletics program for Domingo Treviño when the school opened in 2011.

According to Canchola, traditionally the school athletic coordinator is the male head football coach. Even though she so far doesn’t have plans to coach the football team next season, Canchola said her new position will help her reach more students while breaking through several gender barriers as a way to honor other girl’s athletic directors in the district.

“I’m hoping for more female athletic coordinators, there is a need for them,” she said. “If you go to other middle schools in La Joya you’ll see so many strong female coaches who know what they’re doing but haven’t been given an opportunity to prove it and I’m hoping I open the door for them. I feel my success is going to determine the pathway of other women to come into this position. We’ve had a female assistant athletic director before but we’ve never had a female coordinator who dealt with the programs overall until now.”

“In history there’s never been anyone given the opportunity she has,” Garcia said. “She’s an amazing individual and her desire to help children says a lot about her. It’s very rewarding to see her receive this position where she can use all the experience she’s gained to improve our program.”

For Canchola, the best thing about her new position is seeing how excited her students are for her.

“My athletes are proud. Some of them tell me, ‘I want to be like you,’ and be in charge of athletics,” she said. “I think when the kids see a female in a position like this, it lets them know anything is possible and it’s the ultimate motivator. It’s proof that you can always push yourself to be better. It’s the best way to motivate students.”