A disabled Mission man who was charged with animal cruelty after being caught on video dragging his dog by its leash behind his motorized scooter has been sentenced to two years house arrest. And the canine victim in the case has found a new home among the numerous other adopted pets of a Mission Catholic priest.

Court records show at the time of his Feb. 16 arrest for cruelty to non-livestock animals, a Class A misdemeanor, Mario E. Cardona, 59, of the 3100 block of Sierra Court, was already serving a four-year term of community supervision following his conviction in November 2016 for possessing less than a gram of cocaine, a controlled substance. 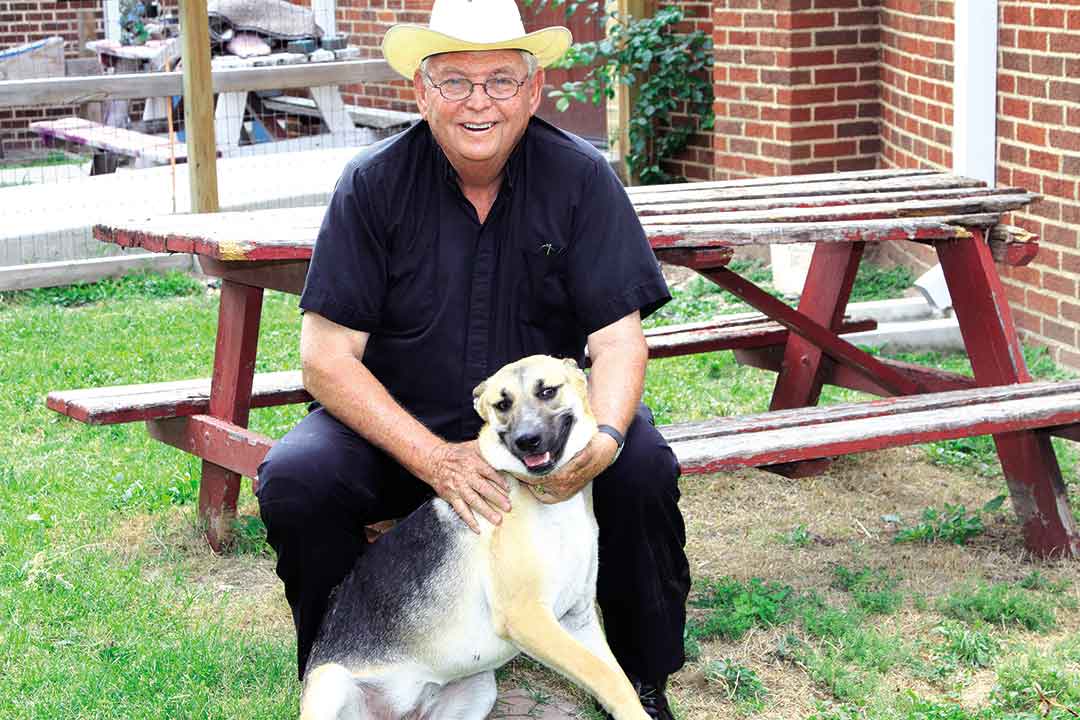 Due to his disability the Hidalgo County District Attorney’s Office agreed to allow Cardona to be placed in the county’s Alternative Incarceration Program, according to court documents.
According to an executive summary, the program gives judges the option of placing offenders that would normally be incarcerated in the Hidalgo County Jail on closely monitored house arrest. In addition to fines, court fees and community service, Cardona was ordered to pay $200 “to the local animal shelter,” court records show.

According to records available via the county’s court and jail websites, Cardona’s arrests for drug possession and animal cruelty were preceded by eight previous Hidalgo County arrests dating back to 1993 when he was first arrested on a felony charge of aggravated assault. Records also show four assault arrests including one involving family violence. He has also been arrested for misdemeanor criminal mischief, misdemeanor deadly conduct and twice for driving while intoxicated.

Cardona’s dog, who he had named G2, has been adopted, temporarily at least, by Father Roy Snipes of Mission’s Our Lady of Guadalupe Catholic Church where Cardona attended church services.

“One of the things he was telling me he said he had her on a leash and he was on that motorized wheel chair and she was walking along behind him,” Snipes recalled in an interview Wednesday. “He said that when she flopped over and started getting dragged he didn’t realize it. But then when the neighbor said, ‘Hey, you’re dragging your dog,’ typical Cardona he had to chew out the neighbor.”

Snipes said he has known Cardona for years and describes him as “a bit of a rough neck.”

“But then he told me later, and this never came out on TV, he picked her up and put her in his lap and drove her back home in his motorized wheel chair,” Snipes said. “He said none of that got on TV, that wasn’t sensational.”

“And there were probably about a thousand people in church that Sunday and they all gave him a round of applause,” Snipes said, adding he hopes the rest of the community can forgive Cardona as well.

“And we’ve seen that before, people who are very enthusiastic about their compassion for animals can be pretty harsh judges of their fellow human beings. And I have to ask, where did your compassion go?”

Because he received G2 on the eve of Ash Wednesday, Snipes said he decided to call her Cineza, Spanish for ash. He said she received only a minor abrasion from the incident and is a typical 10-month old puppy.

“She’s a happy, goofy dog,” Snipes said. “She had been through so much she was maybe a little intimated but she wasn’t one of those dogs that was just scared by everything. She’s a puppy so she’s at that goofy stage.”

Snipes said there is a possibility Ceniza will be adopted by one of Cardona’s daughters but for the time being she will remain one of several dogs who live with him at the church rectory. She is among a long line of animals, mostly dogs, Snipes has adopted over the years. The church is located on Magna Drive that was named in honor of a female Labrador mutt Snipes found abandoned in a Starr County park in 1985. Magna, who died in 1999, was the first of many dogs to accompany Snipes to the altar during church services. Magna’s relationship with the congregation landed her a spot in the Texas Animal Hall of Fame. At least one of his dogs is the descendant of a previously adopted pet.

“I think dogs are like guardian angels,” Snipes said. “They’re so good for you.”