Mission police are seeking the public’s assistance in investigating a Mission doctor accused of sexual assault and indecent exposure.

According to police spokesman, Lt. Jody Tittle, police have charged Dr. Humberto R. Bruschetta with sexual assault, a first-degree felony, and a Class B misdemeanor count of indecent exposure. 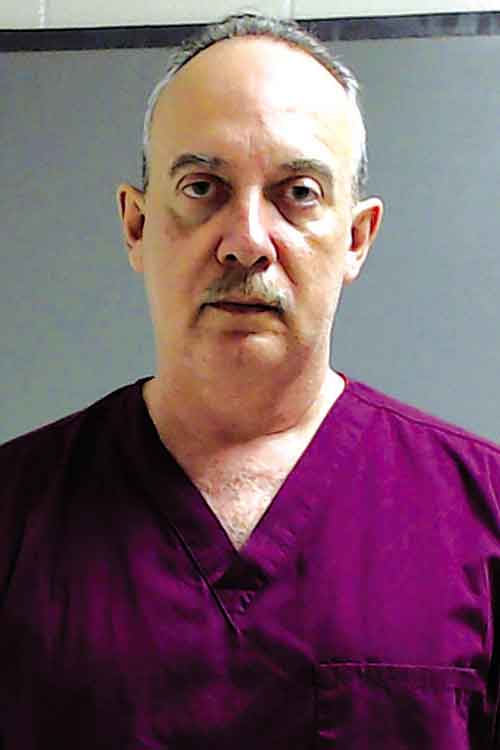 Tittle said the charges were filed following two separate allegations from patients. He said the first stems from an April 15 incident in which a patient alleged that during an exam the doctor locked the examining room door and dropped his trousers exposing himself to the woman. A second, similar incident was reported on April 27, Tittle said. In the second incident the victim alleged Bruschetta also touched her inappropriately during an exam.

According to the Hidalgo County Jail website Bruschetta was booked into jail on Wednesday and released Thursday after posting a $260,000 bond.

According to the Texas Medical Board’s website, Bruschetta graduated from the Universidad Autonoma De Guadalajara in Guadalajara, Jalisco, Mexico in 1981. The TMB shows Bruschetta’s primary specialty is internal medicine with secondary specialties in endocrinology, diabetes and metabolism. The TMB shows no previous allegations of malpractice have been filed against the doctor. It lists the doctor’s  primary practice address is in Kingsville. But according to itriagehealth.com Bruschetta has a Mission office in the 1300 block of East 8th Street.

Tittle said police are asking anyone else who believes they were also victimized by Bruschetta to notify police.

According to a published report Bruschetta’s attorney, Mauro Barreiro, said his client claims he is innocent and doesn’t know why the women would make such allegations against him.