Two items on the agenda called for discussion and possible action to remove Segovia from office and approve a contract for Olivares but they were tabled until executive session. No action was taken on the items but City Attorney Rick Perez said in open session the items would be tabled pending an internal review. 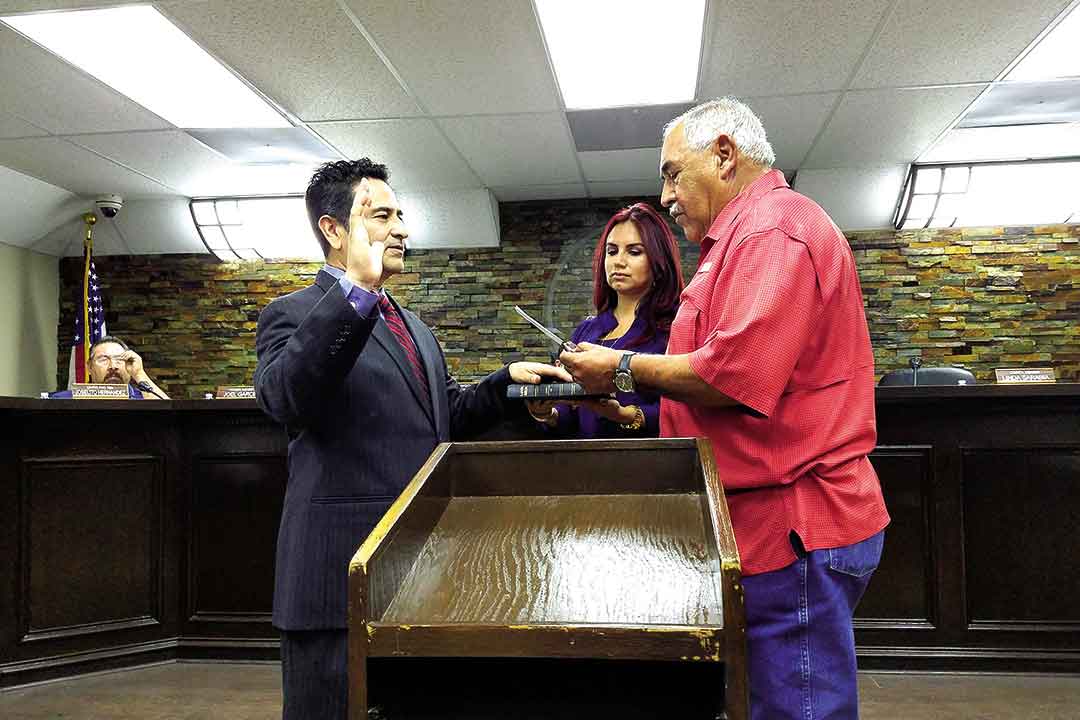 Segovia was placed on administrative leave April 27 following a management review that concluded the city lacked proper policies and procedures. The report highlighted several departmental deficiencies such as a lack of proper Human Resource policies, job descriptions and hiring procedures. The report concluded the deficiencies were due to Segovia’s inexperience. Segovia could not be reached for comment as of press time.

Since his appointment, Olivares said he has been working with the council to ensure the city is in compliance with the city charter.

During Tuesday’s city council meeting, council members approved several resolutions and ordinances Olivares said are required by the charter, which was adopted in November 2006.

“It’s not rocket science, but a lot of the stuff here needs to happen,” Olivares said. “This is a very progressive charter that sets very high standards for public disclosure and accountability and ethics. We’ve talked the talk and now we need to walk the walk.”

Among the implemented changes is the use of a roll call vote and the adoption of parliamentary procedures. A roll call vote would allow each commissioner’s vote to be recorded so the public would know how each council member voted. It would replace the voice vote, which until Tuesday’s meeting recorded “ayes” and “nays” of the council.

With parliamentary procedures, commissioners can establish their own rules of order during meetings, which Olivares said the city didn’t have.

“These are issues that can be readily fixed but until they’re fixed they’re charter violations,” Olivares said, adding that noncompliance is not a criminal act but could result in civil court action.

The city also approved allowing Olivares to obtain professional services from an outside source to codify city ordinances and resolutions so they can be organized and easily found by the public.

“It’s going to take us some time to get through it all but we’re taking those steps and ensuring the community that the council is complying with the charter,” Olivares said.  “I’m trying to change the culture here and get people to hold themselves and their bosses accountable to be more transparent. There is value in it. The work of the city needs to continue.”