Fans of Chick-fil-A know about the chain’s signature openings.

Whenever a new Chick-fil-A opens, the restaurant hosts a “First 100” overnight party where 100 patrons will win a card loaded with a one-year supply of Chick-fil-A meals, which includes 52 meals consisting of an original Chick-fil-A chicken sandwich, medium waffle fries and a medium drink valued at $300.

On Wednesday morning, 175 residents from across the Valley camped out at Palmhurst’s first-ever Chick-fil-A restaurant, located at 214 East Mile 3 North Road, for a chance to win those meals when the restaurant opened Thursday morning. According to restaurant manager, Joe Gonzalez, the crowd was so large the restaurant had to hold a raffle to determine who would be the first 100 people. 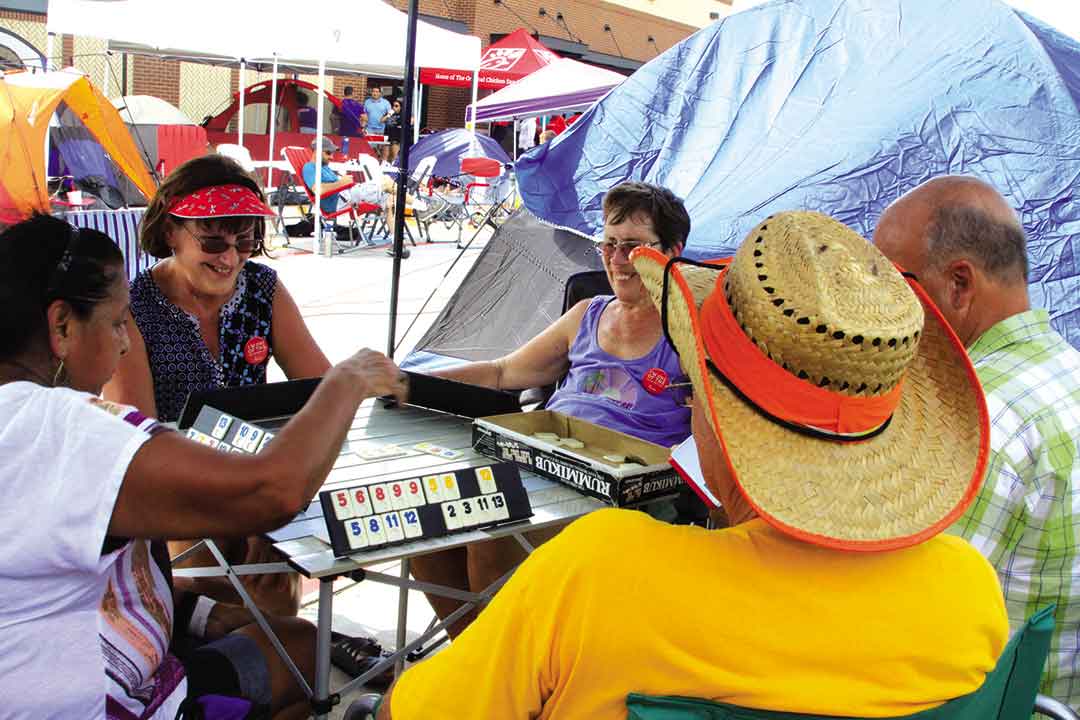 “It’s unheard of to have a crowd this big, most locations have to wait until later in the morning for their first 100 customers,” Gonzalez said. “It’s a manifestation of the excitement from the community that reflects how people are here from all over to welcome this establishment.”

Ultimately 150 people camped out overnight Wednesday, the first 100 patrons and some of their guests, Gonzalez said. People camping out were provided meals throughout the day and live music to entertain them.

The Palmhurst restaurant is one of 102 Chick-fil-A locations scheduled to open in 2017 across the country, creating more than 9,000 new jobs with nearly a third of those in Texas alone, Gonzalez stated.

Gonzalez believed that the city will greatly benefit from having his restaurant as the Palmhurst location is expected to generate as much revenue as the average Chick-fil-A location, which is about $4.5 million.

“The initial impact in sales tax revenue is huge,” he said. “This location has added 93 jobs to the city and all the employees are from the Mission, Palmhurst, Alton and Palmview area so money obtained here stays here.”

Among the 150 attendees was Doug Marth, a Winter Texan who delayed the end of his stay in the Valley just to attend the Palmhurst opening. Marth was joined by four of his friends from Weslaco. Marth said he was returning to his home in Minnesota right after the opening Thursday.

“It’s an unusual event that gives us a nice prize that you don’t see any other establishment do,” Marth said. “We care about getting a good value and we know sometimes you need to put some time into it to get a better deal. This is a lot of fun and you end up with a great prize in the end.”