Mission Eagles head football coach Koy Detmer probably has a better view from his office window than any other coach and athletic coordinator in the Valley. His office overlooks the interior of Tom Landry Stadium. This is the very stadium that Detmer himself set state passing records in during his high school quarterbacking days at Mission High School.

For the past six months or so, the interior of Tom Landry Stadium has been more of a construction zone than a football stadium as the 50-year-old stadium is in the process of being transformed into the new 9,000-seat, $8 million Tom Landry Hall of Fame Stadium. 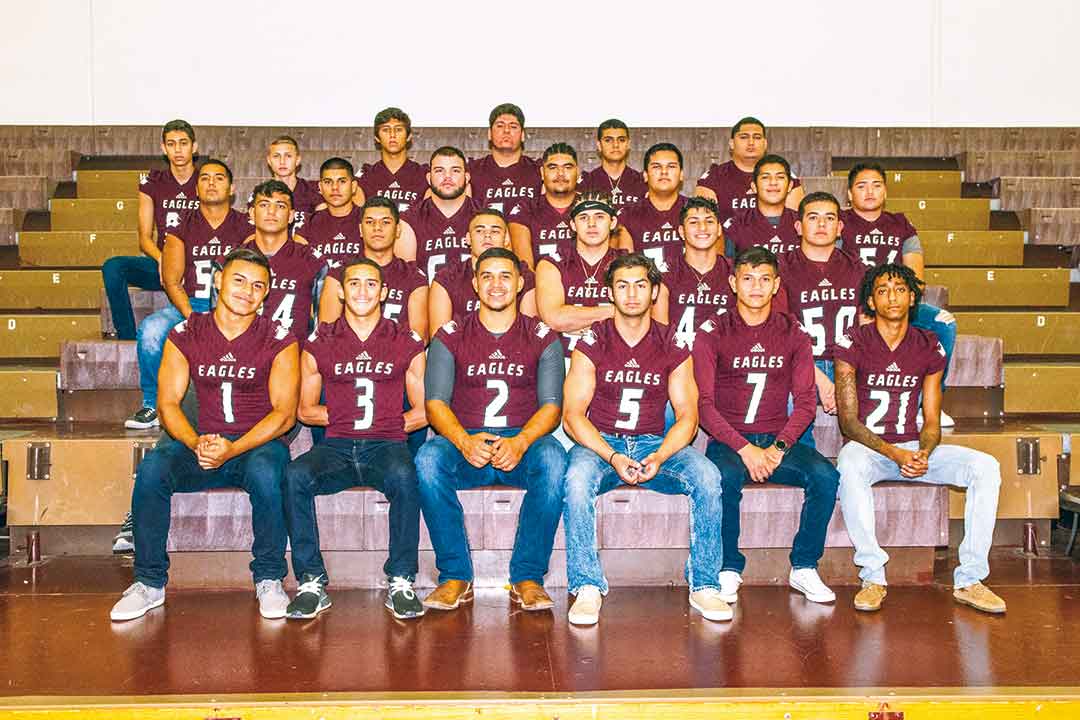 While the renovations were originally supposed to be completed prior to the start of the 2017 high school football season, that will not be the case. That has not only resulted in Coach David Gilpin having to find another venue for his Veterans Memorial Patriots’ September 1st non-district opener against the Harlingen Cardinals but it almost certainly means that the annual cross-town rivalry game between the Eagles and the Patriots, known as the Battle of Conway, will have to be played elsewhere as well.

“Our plan is to play the Battle of Conway in Donna if the stadium is not ready,” said Detmer. “I know that they’re working hard at it with a lot of workers, and many of them working overtime, but while we’re hoping for the best we have our Plan B ready to go just in case things don’t play out the way we’d like them to.”

New stadium or not, the Eagles are going to have to figure out how to put more points on the scoreboard. That is something that they struggled with last year as they averaged 18.5 points per game. But with 80 of those points coming in two games, they only averaged 12.5 points per game against eight of their opponents.

One way of scoring more points is with a strong passing attack. With Detmer being such a prolific passer at Mission, at the University of Colorado and when given the opportunity to play during his tenure as an NFL quarterback with the Philadelphia Eagles, one would expect his coaching strategy to be pass heavy. However, that was not at all the case during his first season as the Eagles’ head coach. Will that happen this year? According to Detmer, that depends on what he has to work with.

“We knew that we were going to have our work cut out for us last year with the kids having to learn a new system, so our offensive strategy was built around where we thought our strengths were and what we thought we could handle each week game-plan-wise,” said Detmer. “We want to bring an offense that will allow us to open up and do more things, but at the same time we’re trying to do the things that make the most out of our strengths. But I feel that each year we’ll be able to progress and open up the offense more as the kids get comfortable with the things we do offensively.”

Detmer went on to add that with this being his second year on the job, he expects to expand the Eagles’ offense over what they did last year.

“Damian Gomez, who as a freshman last year played quarterback in several games and got in a few starts, will be back for his sophomore year. Obviously as a freshman last year he was in a tough spot, but he did a good job and he responded well. Now that he’s had an off-season to go through and he’s had a chance to learn the system, we’re looking for bigger and better things out of him this year,” Detmer said.

Another returning member of the Eagles’ offensive backfield this season will be senior fullback Luis Valdez. When asked if the Eagles were more of a passing or a running team last year and what he expects this year, Valdez said, “Actually, we were both. It made a lot more sense for us to be more of a running team last year but this year we’re making a lot of changes offensively and things are clicking with our new personnel so Eagles’ fans should expect to see more passing this year.”

Last year the Eagles lost their first four District 30-6A games before finishing their season with back-to-back wins against the Palmview Lobos (38-13) and the McAllen High Bulldogs (24-21). The win over the heavily favored Lobos, was an especially satisfying one for Detmer and his players. Players like senior defensive end Victor Gutierrez who shared his thoughts on the upset win against Palmview.

“We couldn’t wait for that game,” Gutierrez said. “We’d been waiting to play Palmview all year. We were underdogs for that game so they may have overlooked us.”

When asked what it’s been like to play under Detmer, Gutierrez said, “It’s been a huge difference compared to the two years before that. He’s changed the system a lot and made things a lot better.”

“Everything’s flowing better and is just better overall,” shared De La Garza.. “The spring training drills that we do, everything is better.”

Whether or not that translates to success on the field remains to be seen. PSJA North will be the first test for the Eagles as they open their non-district schedule against the Raiders at PSJA Sept. 1. Next up for Mission will be the VMHS Patriots in the Battle of Conway. Whether that game is played in Mission or in Donna, Eagles’ fans will have a pretty good idea of what kind of season to expect from their favorite team this year based on how they fare against the Patriots.