The Juarez-Lincoln Huskies improved to 3-0 in non-district play Friday evening by defeating the 0-3 Donna North Chiefs by a score of 31-3 at La Joya Pack Stadium. The Huskies jumped out to a 7-0 lead with 7:45 remaining in the first quarter when junior first-year starting quarterback Efren Martinez ran the ball in to the end zone from one-yard out. That would be the only scoring of the first half.

After the intermission, it didn’t take long for the Huskies to double up their score as junior running back Albert Martinez ran 75-yards for a score just 21 seconds into the third quarter. Then with 7:24 remaining in the same quarter the Huskies struck again as senior wide receiver Harley Vargas found himself alone in the end zone when he and Martinez connected on a touchdown pass to increase the Huskies lead over the Chiefs to 21-3. The Huskies scored their final touchdown of the game with 11:12 remaining in the game when Albert Martinez scored his second TD of the night on a six-yard run to make the score 28-3 at the time. A late field goal made the final score 31-3 in the Huskies’ favor. 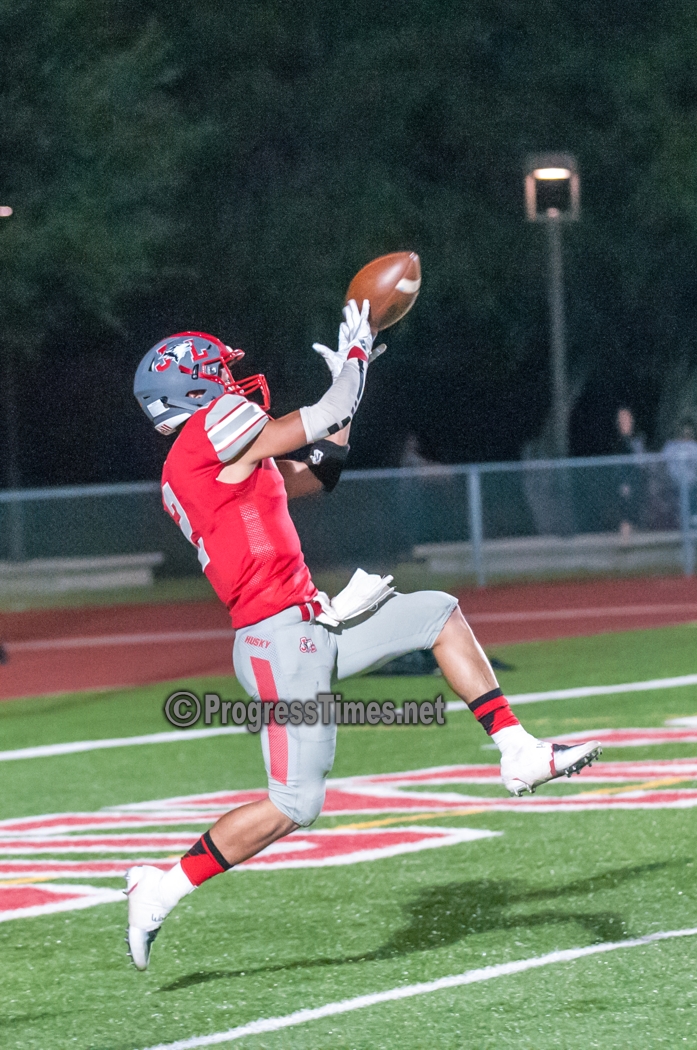 While one would expect Juarez-Lincoln head coach Tomas Garcia to be pleased with the win and with his team’s 3-0 start, however he was not pleased at all with his team’s first half performance.

“Before the game I asked the team to give me four quarters, and I just didn’t see it tonight,” Garcia said immediately after the game. “I’m not a very happy camper right now because I expected for us to put those four quarters together. We have a very crucial game coming up next week against Edcouch Elsa. That’s a team that has what we want, a great tradition, and we want to establish that tradition at Juarez-Lincoln. While we’re happy to be 3-0, we understand that in order for us to have that tradition, and take our game to the next level, we have to beat teams like Edcouch Elsa”

Juarez Lincoln senior free safety Elias Gutierrez, who had an 82-yard interception return for a touchdown called back due to a penalty in the second quarter of Friday night’s game, shared what being 3-0 means to him when he said, “We’re doing very well but we still need to fix a lot of errors. We’ve got to put some things together to be a great team. We have to be careful not to let all these wins get the best of us. We still have our district schedule ahead of us so we have to stay humble and focused.”

Huskies’ senior wide receiver Harley Vargas scored Juarez-Lincoln’s third touchdown of the night. He shared what he saw as the difference between the first half and the second half of Friday night’s game.

“We walked into the locker room at halftime and we decided that we weren’t giving Coach Garcia the four quarters he asked us for. We decided that we had to pick up the intensity and communicate better as a team.”

After next week’s Edcouch Elsa game, Juarez-Lincoln will be opening District 30-6A play on the road against the Nikki-Rowe Warriors. If the Huskies are going to improve on last year’s 2-4 district record that is a game that they will need to put in the win column.