The city of Palmhurst has begun development of the long-waited Shary Chapel Municipal Park, which the city fathers have envisioned as a scenic centerpiece for the small, close-knit community.

Mayor Ramiro Rodriguez and City Planner Lupe Garcia outlined plans for the park located adjacent to the iconic Shary Memorial Chapel. The project will be done in phases and could take several years to complete, as the city tries to complete the work as budget funds become available. 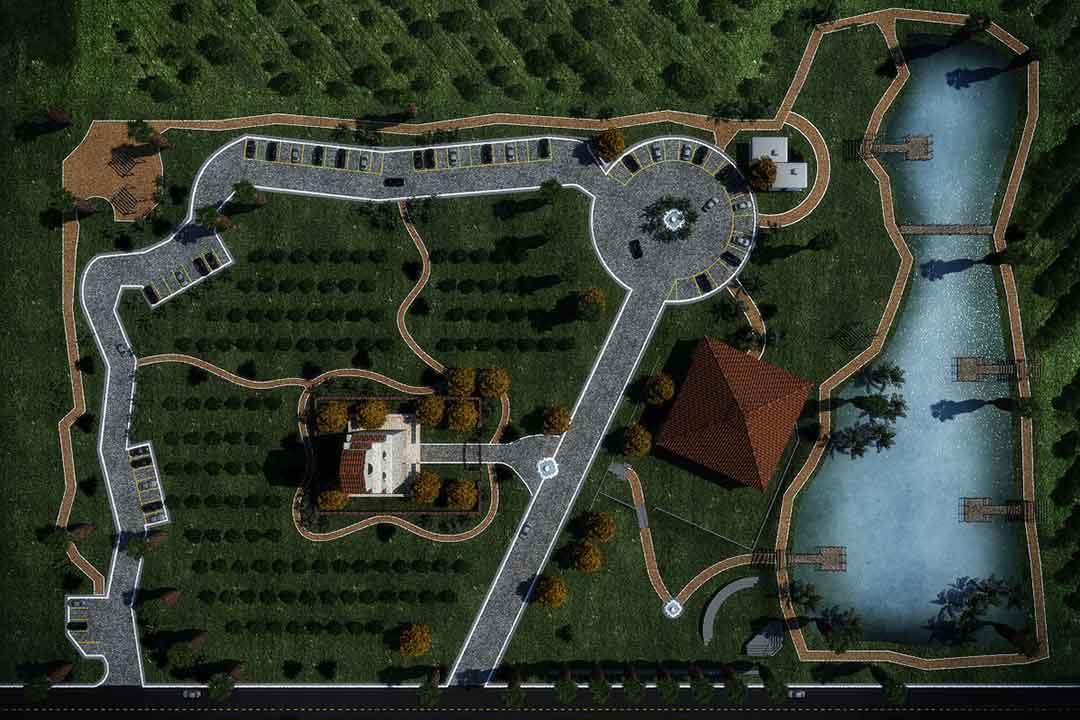 Located on Shary Road and north of Mile 3 Road, the chapel – which serves as the final resting place of entrepreneur John H. Shary and his wife, Mary – stands as the only attraction in the city, the mayor said.

However, for decades the chapel and the 10 acres that surround it were owned by the Pan American University before it became the University of Texas Rio Grande Valley, Garcia said. The 9 acres surrounding the chapel was sold in 2014 to the city for $450,000 with big plans, he said.

“When purchased, the idea was for the mausoleum to serve as the city’s main attraction,” Garcia said, noting the chapel is already tied to the historical Mansion on Shary, a Southern style plantation home where Shary and his family lived across the street from the chapel. “We wanted to develop a park that would be open to the public and used for special events and take advantage of the scenery with walking trails surrounding it.”

Construction began in August when the city began widening the entrance to the park from 20 feet to 32 feet. The city budgeted $100,000 to widen the main driveway with a parking lot east of the chapel to make a cul-de-sac, Garcia said.

“This first phase will be done in approximately two months,” Garcia said. “We’d like to do everything at once but we agreed to do these projects as phases.”

Phase two will consist of constructing bathrooms sometime in March 2018, Garcia said. Before phase three can begin the city must decide between building a 100 by 100-foot pavilion in the park or commencing work on the walking trails, Garcia said.

“It’ll depend on how much we get in the budget as the commissioners decide how to fund this,” Garcia said. “We’ll know more as we continue with development on this project but we already know we want to make this as scenic as possible.”

Mayor Rodriguez said he hopes the driveway and parking portion of the project is completed in time for the holidays as he is planning to host the city’s first ever Christmas tree lighting ceremony there.

“This park will be our Quinta Mazatlan, it’s our dream,” he said. “I am excited to see that we’ll get it done.”

Rodriguez said the chapel itself would remain closed to the public but residents can still enjoy what the park will have to offer once it is completed.

“We’re saving a lot of money by doing this project in phases instead of doing all of this at once,” Rodriguez said. “We need something in this part of town. We’re a community of 2,700 residents, but we need a beautiful attraction.”