When asked what winning four district titles in a row says about her runners, Lady Lobos’ head XC coach Claudia Bazan said, “It says that there’s been a lot of sacrifice, a lot of hard work and a lot of determination from these kids. We start every year with the expectation of a district championship and they know that there’s a tradition here that they need to uphold and they do what they need to do to accomplish that.” 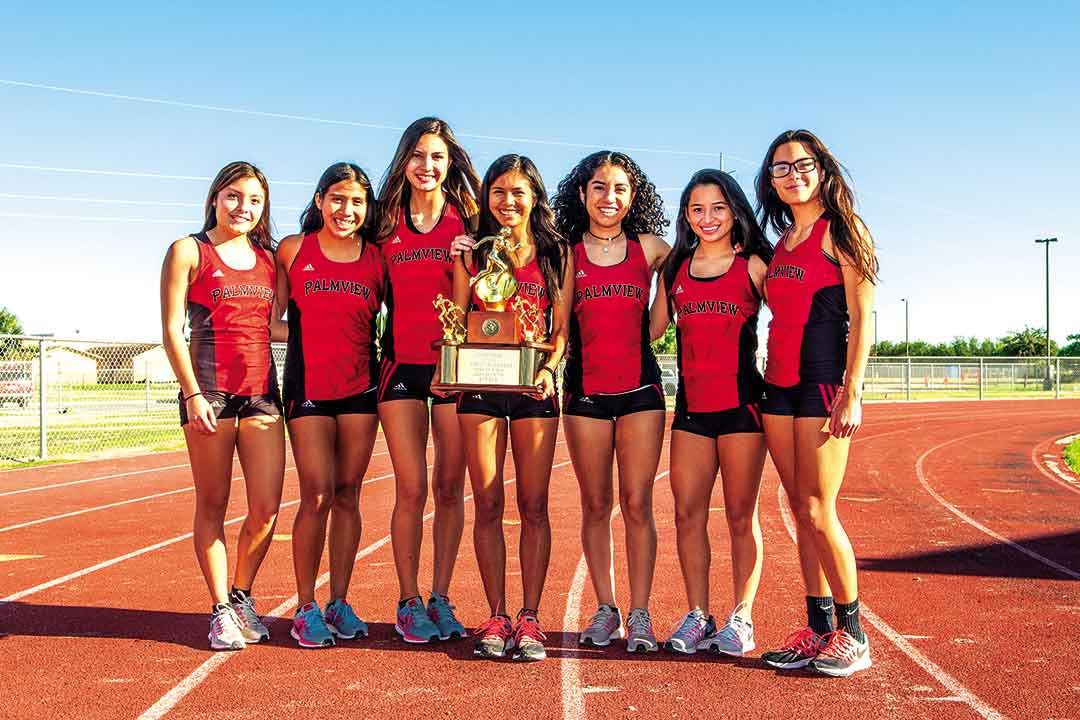 This was actually Robles’ third district title in a row. She is also a two-time state qualifier. When asked what it means to her to be part of a district championship team all four years of her high school career, Robles said, “It goes to show how all the hard work we’ve put in really pays off. But more than anything, just being able to grow together as a team and being able to have my teammates at my side is something I will never forget.”

This was Villalon’s second year in a row to finish second behind Robles at the district meet. Her freshman year she placed third. However, she has yet to qualify for the state meet. When asked if she, Robles and Sanchez helped each other out to finish first, second and third at district, Villalon said, “Yes, we work as a team when we’re running. Our coach has pushed us very hard so it’s kind of expected for us to finish one, two and three.”

As for Sanchez, even though she is a senior, this is just her third year in XC. When asked what it was about XC that attracted her, she said, “I wanted to get into track and I didn’t want to get out of shape so I joined XC.”

District 31-5A
The District 31-5A girls’ team results were extremely close. So close that there was some controversy about which team took the championship and which team came in second. But when all was said and done, it was the Pioneer Lady Diamondbacks that took the title with a score of 48 points and the Sharyland Lady Rattlers that had to settle for runner-ups with 50 points. As for the Veterans Memorial Lady Patriots, they finished in fifth place with a score of 107 points.

With the top three teams and the top 10 individual finishers qualifying for the Region IV meet, the Lady Diamondbacks, the Lady Rattlers and the Lady Lobos will all be making the trip to Texas A&M Corpus Christi for Monday’s regional meet. In addition, Veterans Memorial’s Nyla Vela and Juarez-Lincoln’s Nancy Maldonado have qualified as a result of their top 10 finishes.

The top four teams and the top 10 individuals at the regional meet that are not on a state qualifying team will advance to the state championship meet which will be held Saturday, November 4 at Old Settlers Park in Round Rock, Texas.