As the first mayor for the city of Peñitas, Efren Garza still recalls the struggles the community faced before 1992.

“Before Peñitas was incorporated into a city, it was a small farming community where the church elders were the ones in charge,” Garza said. “Funding was nowhere to be found for community projects so everything we did was through what we could muster through fundraisers or what we could get from county projects. We relied a lot on county commissioners for help.” 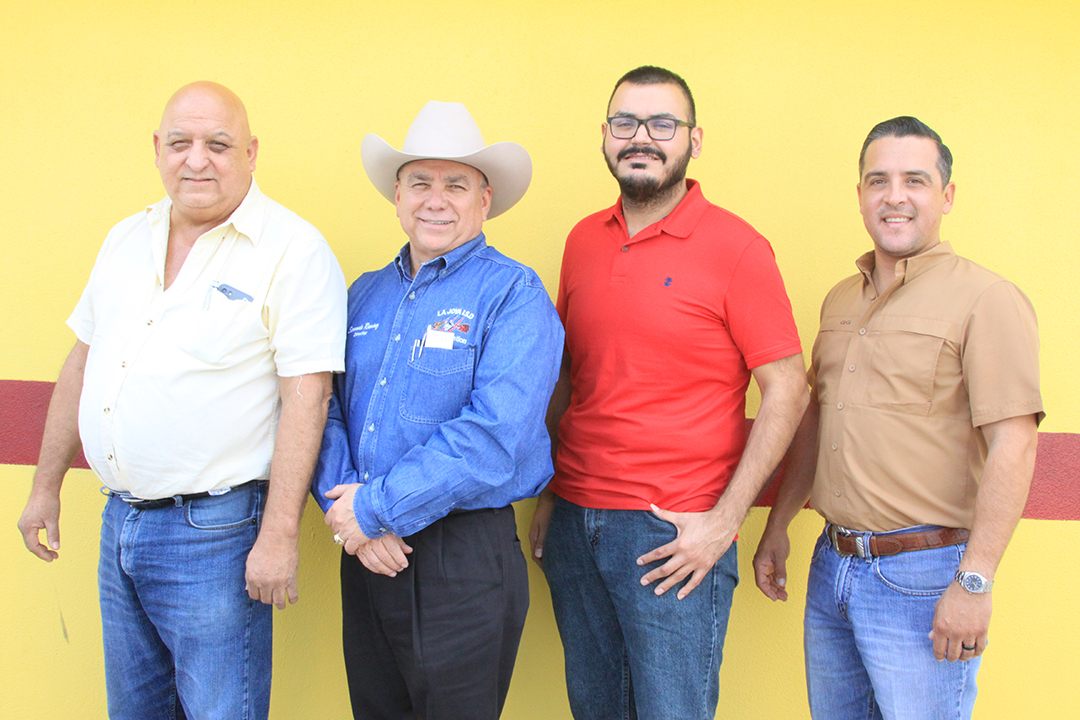 Today marks the 25th anniversary of when the community incorporated the first map of boundaries for what would become the city of Pe&ntilde;itas. &nbsp;To celebrate the occasion, a festival featuring live music, food and carnival rides will be hosted by the city tomorrow. The event will be held at Expressway 83 and Liberty Boulevard near the city&rsquo;s Walmart store beginning with a 10 a.m. car show and will run through the rest of the day.

Garza, who spoke at a Wednesday lunch accompanied by other previous city mayors and current Mayor Rodrigo “Rigo&rdquo; Lopez, said the city was incorporated to facilitate many of the amenities offered to other cities like neighboring La Joya.

“My vision was to do the infrastructure for a sewer mainline in the city and bring stores here for more business,&rdquo; Garza said. “Twenty-five years later all of this is currently happening. All the people who were mayors after me have done a great job of taking the ball and running with it to expand the city.&rdquo;

Marcos Ochoa, who served as mayor from 2008-2014 could not be reached for comment and did not attend the lunch.

Servando Ramirez, the city&rsquo;s second mayor, who served from 1995 through 2008, recalled trying to run the city on a shoestring budget and expressed how he felt witnessing the city&rsquo;s growth.

“In my first year, we only had a budget of $3,000,&rdquo; he said. “The first few years running the city for [Garza] and I was tough but we worked hand in hand with the county to move forward. We started infrastructure for current city developments and brought the first full-time police department into the city. I ran under a platform to provide lighting to the community, which happened thanks to a partnership with CPL retail energy.&rdquo;

Ramirez said with the electrical infrastructure in place the city Was able to open a library.

“And when I left, we had started the process of bringing Walmart into the city as a place to create jobs for the community,&rdquo; Ramirez said. “It&rsquo;s spectacular seeing a seed we planted so long ago that is already bearing fruit to the people here.&rdquo;

Lopez, who has been mayor since 2015, discussed current developments in the city. Since becoming mayor, Pe&ntilde;itas has seen its police and fire departments expand and in June &nbsp;it was announced the city was taking steps to get a Water Certificate of Convenience and Necessity. This means Pe&ntilde;itas would have the ability to have exclusive rights to provide water and sewer services to area residents.

“Our next step is to expand our shopping area as we have the infrastructure to develop more businesses,&rdquo; Lopez said. “When I first became mayor, I went in with the mindset of putting the city in the forefront, we have to keep it as our number one priority,&rdquo; he said.

Other new developments are a new city hall and Department of Public Safety substation that is expected to break ground after the holidays near Liberty Avenue, Lopez said.

“Previous mayors laid down all the necessary infrastructure to begin the growth of the city and now we&rsquo;re a full-fledged city with fire and police protection,&rdquo; Lopez said. “We&rsquo;re ready for more commercial property.&rdquo;

For Antonio Flores Jr., who served as interim mayor for less than a year starting in 2014, the Walmart jumpstarted more growth.

“I was on the city council before becoming mayor so I was there when we started laying the groundwork to bring Walmart in the city. It was awesome when it finally opened,&rdquo; he said. “It was definitely something we&rsquo;d wanted to see for that store to open as well as the expansion of our emergency services. It represented how far we&rsquo;ve come as a city.&rdquo;

Ramirez, who moved to McAllen following his last term as mayor said he hopes to return soon to Pe&ntilde;itas.

“I&rsquo;ll be back. I&rsquo;m proud of my 13 years here and how the city is taking steps to be self-sufficient with their water,&rdquo; he said. “Pe&ntilde;itas is the oldest settlement in Texas and for me to have been part of that growth is humbling to me. We all go through the process of growth and we have seen the city&rsquo;s ups and downs, but thankfully there has been more ups than downs. It&rsquo;s important for us to continue to grow.&rdquo;