During last November’s Princess Anna Pageant, 16-year-old Alyssa Navarro and her mom came across an article of the Progress Times that would impact her family history.

The article, Navarro said, detailed how the citrus industry was inspired by the Laguna Seca Ranch, a citrus growing region north of Edinburg created in 1867 by Macedonio Vela, so he and his family could settle after he was exiled from Mexico. There, in the 4,000 acres of wild brush, his daughter, Carlota would plant the first orange seeds in the Rio Grande Valley after a traveling priest gifted them to her. By planting those seeds, Carlota sparked an agricultural revolution that opened the doors to the huge citrus market the Valley was known for. 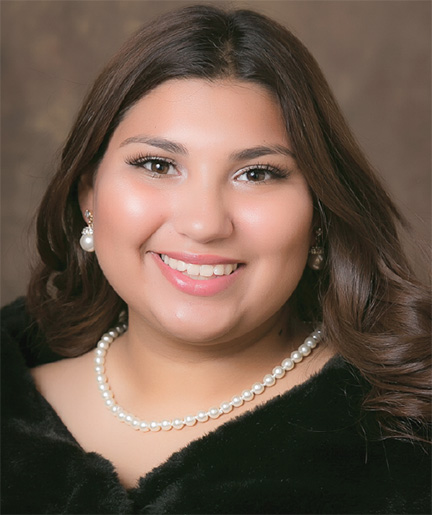 For Navarro, the article raised questions, as she was aware her ancestors had lived in the Laguna Seca Ranch, which is still owned by the Vela family. Through research she was able to confirm she herself was a descendent of Carlota who was her great-great-great grandmother.

“I was shocked when I found out,&rdquo; the sophomore at Sharyland Pioneer High School said. “This amazed me. I told my cousins about it, they got into it and now we want to know more.&rdquo;

Navarro, who is the duchess of Mandarin Orange at this year&rsquo;s Texas Citrus Fiesta, said that through Facebook she has been able to locate other descendants of the Vela family who were unaware of the important contribution their ancestors had played in the economy of the Rio Grande Valley.

“Carlota had many children so we&rsquo;re still finding many first, second or third cousins,&rdquo; Navarro said, adding that the family has a Facebook group where family members can share photos and talk about their ancestors the Velas.

“We have questions, it&rsquo;s a puzzle we&rsquo;re trying to solve,&rdquo; she said.

The family is planning to hold a reunion after next Saturday&rsquo;s fiesta so everyone can go to the Laguna Seca Ranch and learn more about their family.

“When I first found this out about Carlota and started reaching out to relatives, I had just one thing on my mind,&rdquo; Navarro said. “‘Maybe God wants me to bring the family together,&rsquo; I thought. This is how I&rsquo;m doing it.&rdquo;

Navarro said she has enjoyed reaching out to family members and finding out more about her family. Assisting her is her mother Myling Valdez, a school teacher at Cantu Elementary School.

“It&rsquo;s a big deal, Valdez said. “A lot of our older generation has passed on, [Navaro&rsquo;s] aunt and uncle just passed away so the only relatives she has left are her cousins. It&rsquo;s important for the younger generation to know more of their heritage. It&rsquo;s all they have left to remember their ancestors.&rdquo; &nbsp;&nbsp;&nbsp;

Being selected as Duchess of Mandarin Orange now means so much more to Navarro, knowing her great-great-great grandmother was the one who unknowingly started the Texas Citrus Industry as more and more people learned about oranges.