After a successful first year for their cybersecurity boot camp, The Mission Economic Development Corporation announced Wednesday they are continuing their boot camps after receiving a grant from the Texas Workforce Commission Wednesday.

During a press conference held at the Mission Center for Education and Economic Development Wednesday, the MEDC accepted a $496,120 grant to continue providing cyber security training to Rio Grande Valley residents. 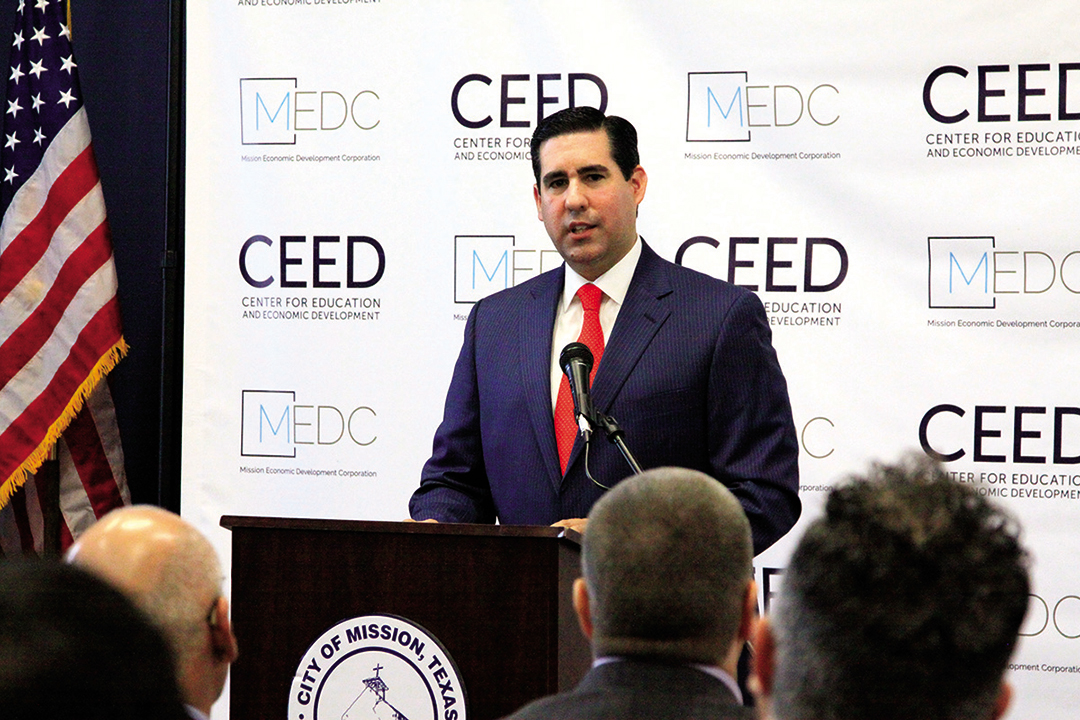 Launched last June, the 12-week program has three different cohorts throughout the year consisting of 40 students undergoing a cyber security training program and have a chance to become certified as cyber security analysts, Meade said.

The grant will be used to pay for books, certification and class expenses as the latest round of classes began last month, according to Meade.

“Cybersecurity will help us go after high demand occupations, there aren’t many IT jobs in the Valley, however, the skills you learn while you’re taking IT courses are in very high demand,” Meade said. “Critical thinking, problem solving, things of that nature transcend to any career or industry you go to and we see value in that area.”

During the press conference, Meade reflected on the partnership between the MEDC and the Texas Workforce Commission since the CEED Building opened nearly two years ago. Meade said in total, the Commission has awarded the MEDC $700,000 in grants within that amount of time.

The first grant, Meade said, was for the MEDC to focus on the corporation’s evolving computer program. The second grant was the $100,000 grant awarded last June to begin the cybersecurity boot camp.

“These things we’ve done, the building we’re in today and all these grants and accolades would not be possible were it not for the partnerships we had that supported us along the way,” Meade said. “The building we’re in used to be a K-Mart and before that, a ropa usada warehouse  so to see it become what it is now, and how the facility is being used, we are the envy of the rest of the Valley. We hope we set the standard in economic development.”

Among the public officials at the event was State Rep. Bobby Guerra, who praised the initiative taken by the MEDC to ensure the community is well versed in technology.

“The Texas Workforce Commission and Mission EDC understand that technology will only grow within the next few years and we’ll be in the forefront of it,” Guerra said.

“These boot camps offer IT training and certification upon completion which will allow the RGV to compete with the rest of the state for tech industry jobs.”

“The future is taking place right here as we sit,” he said. “We’re counting our steps on watches, we’re ordering our food online and we’re renting movies through a box. Those are conversations happening everyday on how we’re evolving.  Kids along the border are now able to take these kinds of courses involved in those innovations and be placed in jobs that they never imagined. Technology is changing, and we are what the solution in Texas will look like in 20 years.”