Mission C.I.S.D. (MCISD) competed and placed in the Area 1-Special Olympics Texas Basketball Competition on Feb. 17 at Sharyland Pioneer High School. A total of 47 athletes competed, interacted, and cheered along with 21 other schools and agencies from around the region.

The competition was broken down into two events: Basketball Individuals Skills and Team Competition. For the individual skills competition the athletes performed a timed 10-meter dribble, a target pass drill, and a spot shooting drill. Eight teams competed in a round robin tournament for the team competition. 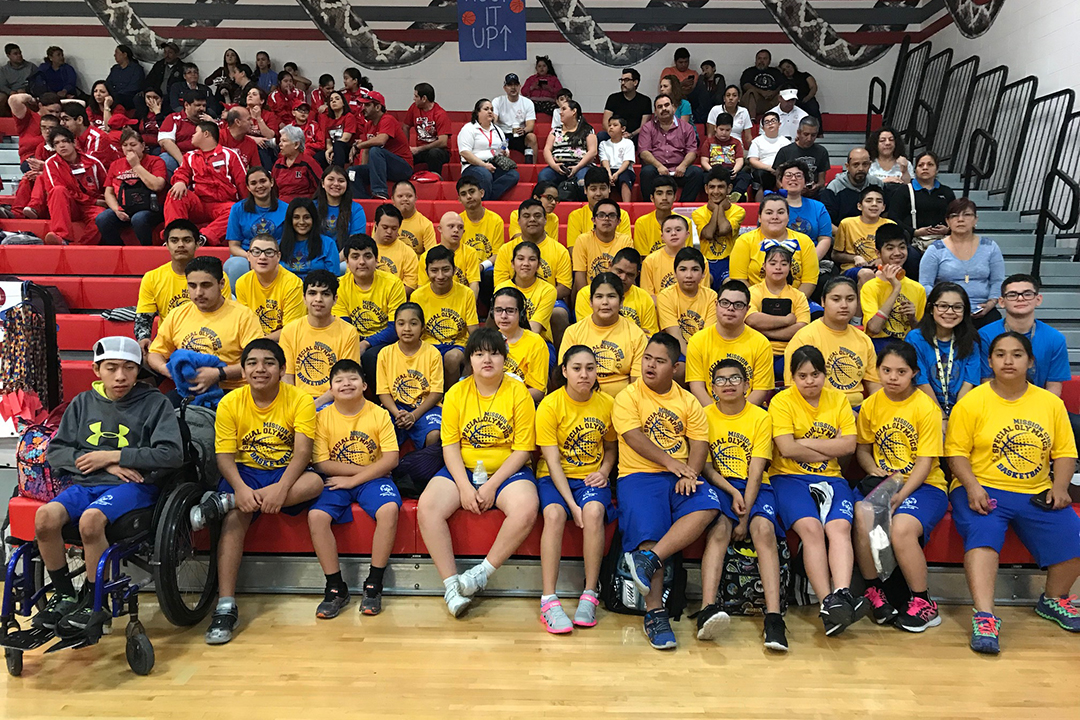 In the team competition, a 5-on-5 Tournament, the MCISD team placed third in their bracket and consisted of players from MHS, VMHS and K-White.