The Big 7 sent a total of 28 boys and girls powerlifters to the THSPA and THSWPA State Meets on March 16 in Waco and March 24 in Abilene, and came home with two newly crowned state champions and 18 top 10 finishes as a group. 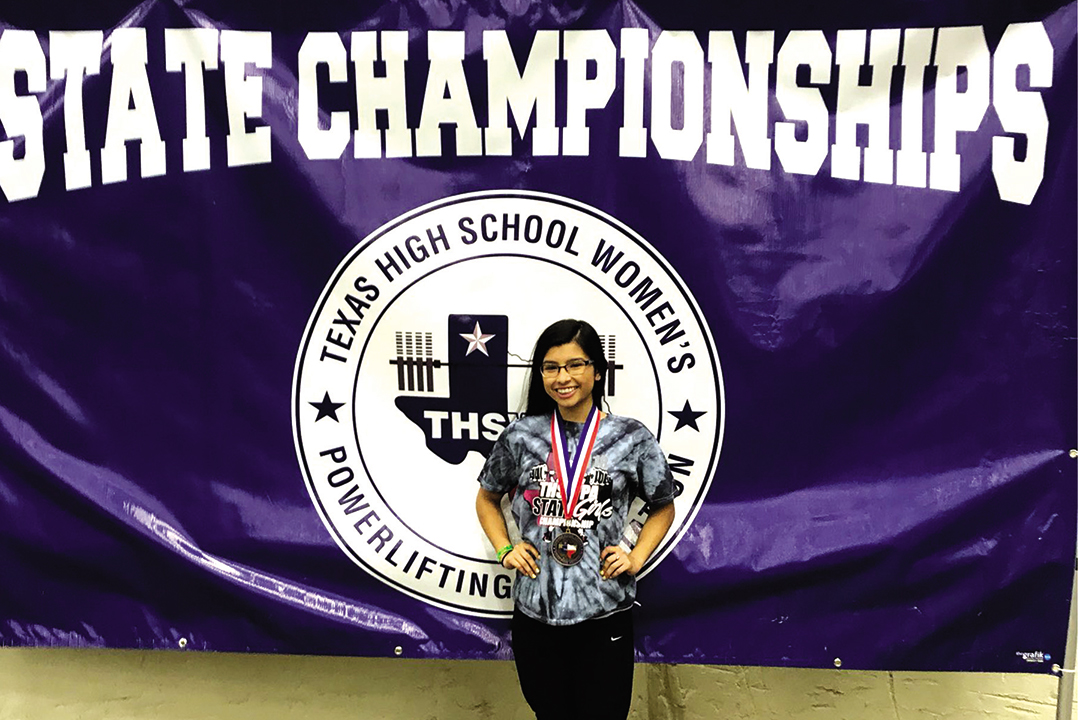 Hernandez was crowned state champion in the 198-pound weight class, Pioneer’s first in program history, as the junior lifted a total of 1,610 pounds, putting up a personal best 640 pounds on squat and 610 on deadlift, while bench pressing 360 pounds. The 1,610 is also a personal-best on the year and 10 pounds heavier than Hernandez lifted at Regionals on March 10.

Saenz brought home a silver medal in the 123-pound division after finishing as the runner-up, just five total pounds behind the first-place winner Matthew Longoria of Alvin. Saenz lifted a total of 1,210 pounds, a new personal-best and 10 pounds more than he put up at regionals on March 10. That number included squatting a season-high 465 pounds, bench pressing 290 pounds and deadlifting 455 pounds.

Palmview’s Abraham Hernandez brought home a silver medal in the 148-pound division, lifting a total of 1,495, just five pounds out of first place. The Palmview powerlifter put up 600 pounds on both squat and deadlift, and a bench press of 295 pounds. Hernandez performed 30 pounds better than he did at regionals just two weeks prior.

A pair of Coyotes posted top 10 finishes as La Joya senior Daniel Villarreal earned fifth place in the 198-pound weight class, lifting a total of 1,440 pounds. Villarreal tied a season-high on bench press with 315 pounds and came through with a deadlift of 540 pounds and a squat of 585 pounds.

La Joya sophomore Alex Rodriguez finished eighth in the super heavyweight division, smashing his previous season-high by 25 pounds, lifting a total of 1,625. After lifting 1,600 total pounds at regionals, the sophomore set personal-bests at the state meet on both squat and bench press, squatting 700 pounds and benching 425.

Girls powerlifting
The Palmview girls’ powerlifting program placed sixth in 6A as a team led by their second state champion in program history, Laisha Lopez.

Lopez, a senior, placed fourth at the 2017 state meet in the 105-pound weight class after lifting 705 total pounds. The former cheerleader followed her first state appearance up by putting up 750 total pounds at this year’s state meet, 30 pounds more than the second place finisher. Lopez lifted 315 on squat, 260 on deadlift and 175 on bench press, 40 pounds heavier than the second closest score.

Palmview’s Priscilla Hernandez and Natalie Villalon also brought back medals from state. Hernandez finished second in the 114-pound weight class with 800 total pounds and setting a personal-best on bench press with 165 pounds, and lifting 320 on squat and 315 on deadlift. Villalon placed fifth in the 123-pound weight class with 780 pounds (squat 320/bench 145/deadlift 315).

Juarez-Lincoln’s Yanitza Vasquez was the lone Lady Husky to place at state, ending in a three-way tie for the bronze medal in the 105-pound weight class after lifting 700 total pounds. Vasquez put up 280 pounds on squat, 115 on bench press, and 305 on deadlift, the third highest in her weight class.

Velez finished fourth place in the 114-pound weight class and set a personal-best in total weight lifted with 735 pounds at the state meet. She squatted 280 and set personal-bests in bench press with 160 pounds and deadlift with 295.

Mission Veterans Memorial’s Brianna Flores finished seventh in the 148-pound weight class with 845 total pounds. Flores squatted 300 pounds and tied her personal-bests on both bench press and deadlift with 180 and 365 pounds.