The Mission Veterans Memorial Lady Patriots journey to co-district and bi-district championships in 2018 may be a surprise to the outside eye, but not to those wearing blue, white and red.

With eight seniors on the roster, five of them starters, the Lady Patriots are exactly where they thought they’d be at the beginning of the year and they aren’t ready for their journey to end just yet. 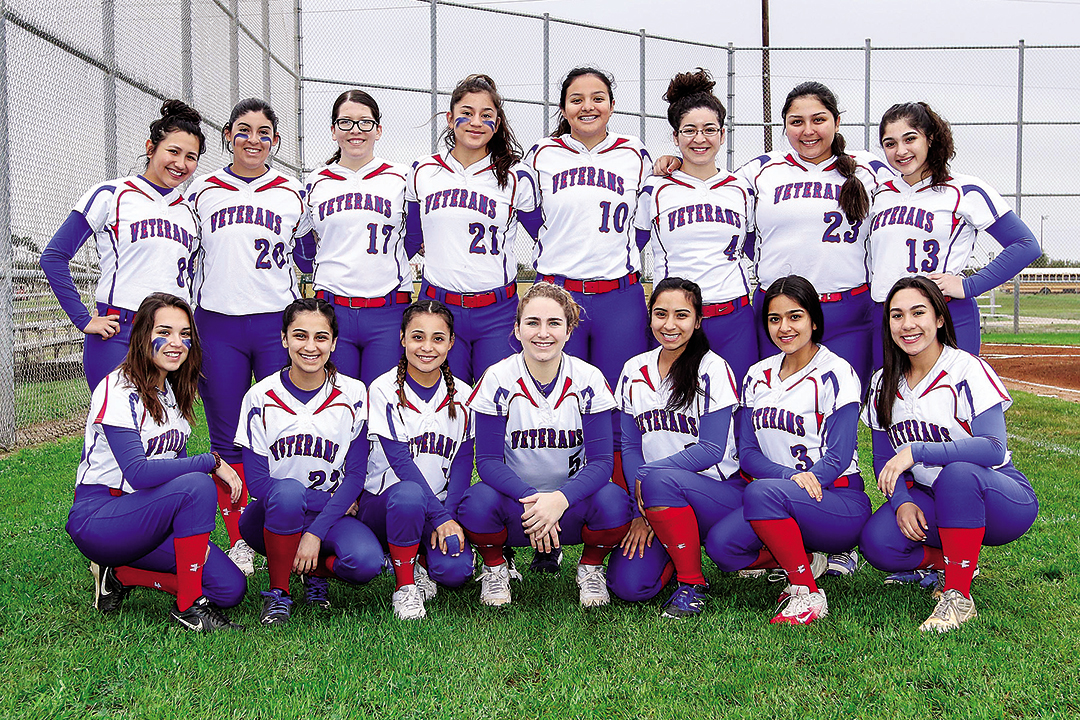 “This is their journey, I’m just along for the ride,” said VMHS Head Softball Coach Vivian Ray. “They have to want to play and I really feel like they have. There’s just an excitement with them and they don’t want to see their season end. They’re getting more focused by the day getting ready for Friday’s competition.”

One season after being removed from sneaking into the playoffs with a fourth place finish, the 31-5A Co-district Champions punched their ticket to the second round with an opening round sweep of their opponents.

The Lady Patriots needed just two games to dispatch of the Brownsville Lopez Lady Lobos in the opening round of the playoffs. In a 12-3 Game 1 victory on the road, Mission Veterans received a big performance from pitcher Iliana Contreras as the senior threw a complete game and surrendered only five hits while posting three RBIs at the plate. Justine Galvan and Stephanie Torres combined to bring in three RBIs, while Makenzie Gerlach was a perfect 3-for-3 at the plate with four RBIs.

Mission Veterans closed the series out in front of their home crowd at VMHS in Game 2 with a 6-5 win, scoring the game-winning run in the sixth inning to break a 5-5 tie and claim the bi-district championship.

Ray credited her team’s opening round performance after displaying the ability to win big and to win a close one.

“We struggled a little bit in the second game but I think they settled themselves down to play ball; of course there’s always things to improve on and to become better but I thought we did very well,” she said. “It’s very electrifying. They’re happy to be going on to the next round, a lot of it now is going to harness that and getting their focus on the field where everything belongs and moving forward from there.”

Now onto the second round, the Mission Veterans Memorial Lady Patriots are set for a showdown against the Corpus Christi Carroll Tigers.

Carroll (22-12-1) is coming off a first round sweep of their own after 9-4 and 5-0 road wins over Winn High School on April 27 and 28. The Lady Tigers earned a share of the District 30-5A title with two others, sharing an 8-2 record with Calallen and Gregory Portland.

The area round clash between district champions is set for Friday, and the Lady Patriots are eager for the chance to carry on their journey in the 5A state softball playoffs.

Senior Iliana Contreras will be on the mound for the Lady Patriots in the series opener while Saturday’s pitcher in Game 2 will be determined by Coach Ray.

“I think the more you’re competitive and you face good teams, it will prepare you in the long run; it teaches you how to deal with pressure situations,” she said. “We had some very fine teams in our district and we had some close games, so I think that helps us when the games get tight, who’s going to perform under pressure and we did very well this year.”

The first pitch of the best-of-three series between the Lady Patriots and the Carroll Lady Tigers is set for tonight at 6 p.m. at Cabaniss Field in Corpus Christi.

Game 2 is scheduled for 2 p.m. on Saturday, May 5 at Mission Veterans Memorial High School, with Game 3 (if necessary) to be played 30 minutes after Game 2.