Team L1berty swept the Agua Special Utility District election on Saturday, winning all four seats on the ballot — and cementing control of the utility board. 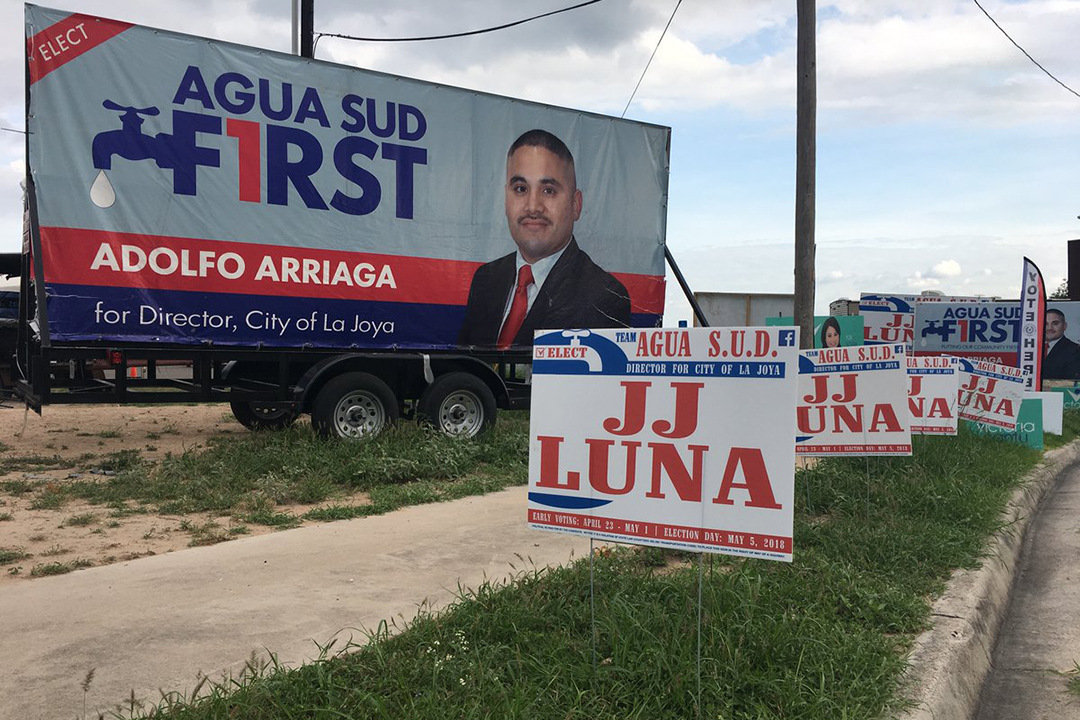 The results hand Team L1berty, the dominant political party in western Hidalgo County, a commanding 6-1 majority on the utility board.

“I just want to thank God for the opportunity, honestly,” said incumbent utility board Director Ivan Sandoval, who won re-election Saturday. “Thank everyone who supported me. Especially my family, who were there with me day after day.”

“We are gonna file an election contest,” Sanchez said, adding that he’s concerned about five of Rodriguez’s relatives who registered to vote from his house.

Without any city council or school board races on the ballot west of Mission, the utility district election became the marquee race.

Nearly 40 percent of registered voters cast ballots, according to the Election Department.

Both teams campaigned hard. They blanketed U.S. 83 with signs, went door-to-door meeting voters and camped at the polls for weeks.

“We only had Joe that helped us out,” Luna said.

Nearly all big-dollar donors supported Team L1berty, which drew on a wide circle of people affiliated with the utility district.

They worked for the utility district during the past two years, providing consulting and insurance services.

While final, the results published Saturday will remain preliminary until canvassed by the utility board.