With 35 years in existence. Lone Star National Bank celebrated this milestone by opening its 33rd location Tuesday in the city on the grow.

After breaking ground last December for an opening in the city of Alton, Lone Star National Bank opened its doors to potential customers in the city during a red-ribbon cutting ceremony. Located at 605 S. Alton Blvd-down the street from the Alton City Hall-the new branch location will create 15 jobs in the city, and help spur its economic and community development, according to Steve Peña, chief executive officer for Alton’s development corporation. 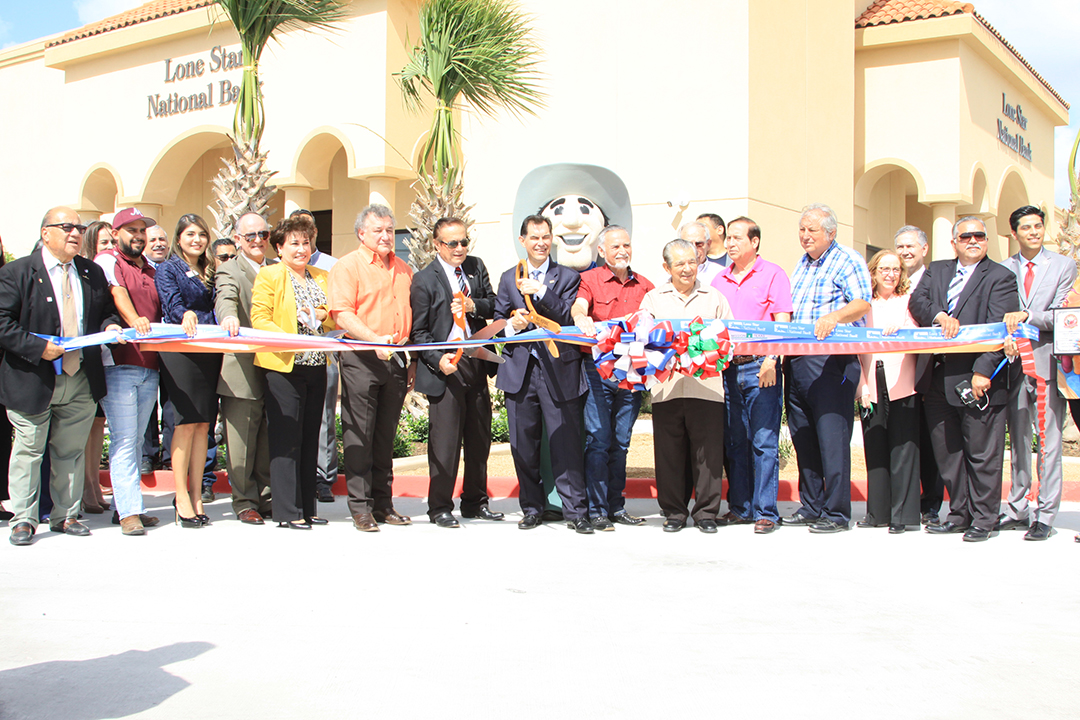 “This shows Alton is a city on the grow, and its moving forward in a fast pace,” Peña said Tuesday. “The bank is something we’ve wanted for years and I’m so glad we’re making it happen and growing together.”

“It’s not only a sign of community development, it’s also strengthening economic development in the city because you’ve got the financial institutions being supported,” Peña said. “This branch is creating jobs and take care of the community, they always do.”

David Deanda, president of the board of directors for LSNB, said Tuesday that the bank will sponsor the city’s youth soccer league and tomorrow’s Community Day event, a free celebration that is open to the public and will be held next to the bank.

“Our youth is our foundation,” Deanda said. “They’re the future of the bank so we believe in helping all youth in sports if we get them early they’ll become our customers in the long run.”

Deanda also remarked that this year, LSNB will also open another location in McAllen and in Brownsville. The bank was founded in Pharr and includes locations all over the Valley and one in San Antonio.

Opening a location in a small city like Alton, Deanda said, is just as important as opening one in a big city.

“Small cities are our foundations, they’re committed with banking with one local bank and giving back,” he said. “So it’s very important to stay with a small business and local banks and local communities.”

Salvador Vela, Alton’s mayor, also spoke of how the city will grow because of the bank. He called it the greatest thing that could happen to the city.

“It’ll make this city more successful…a bank is like the lifeline of the city because you and other businesses can use it and not have to travel to McAllen or Mission to use a bank there,” Vela said, adding that he already opened an account in the Alton LSNB branch. “We’ve been needing this for a long time.”

Peña reflected how the city of Alton, which in a recent Progress Times article was found to be the fasting growing city in the county, is growing. Besides the bank, the city is installing towers to support city-wide wi-fi within the next three years and later this year, will break ground for an urgent care center and a dialysis center.

“Cities need to have basic infrastructure that support growth like this, we’re basically there, Peña said. “Now we can start with a lot of the stuff that deals more with community development.”