A candidate for the Palmview City Council pleaded guilty to a third-degree felony in 1988, but a judge placed him on deferred adjudication — allowing him to avoid a felony conviction. 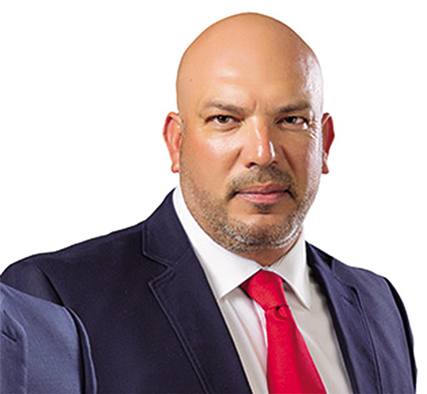 Perez pleaded guilty. State District Judge Mario E. Ramirez Jr., though, set aside the guilty plea and placed him on probation. After he completed probation, returned the rugs and paid $300 in restitution, the judge dismissed the case.

“A lot of things have changed since then,” said Perez, who added that he didn’t want to discuss the 30-year-old felony charge.

Perez, 49, who works for the La Joya Independent School District, said he wants to run a positive campaign and focus on Palmview.

“First, I am not going to let an incident that happened over 30 years ago define the person I have become,” Perez said in statement. “Thanks to higher education I was able to earn a bachelor’s degree in business administration; in addition, I have multiple teaching certificates. I have guided the math department for the past 15 years and have had a successful 24 years in education. Currently, I am halfway done with my master’s degree in educational leadership. The opportunities of education have paved the way to define the person and character that I have grown up to be. My wife is a librarian and holds a master’s in library science. My daughter is an educator and holds a master’s in psychology. My other daughter is in her third year of nursing school. Again, I must say that higher education has defined the person and the family that we have become.”

Perez grew up in Palmview and graduated from La Joya High School in 1988. After graduation, he enrolled at the University of Texas-Pan American and studied business administration.

Perez also took a job at Azhar’s Oriental Rugs in McAllen that year.

Along with two coworkers, Perez started stealing rugs, according to police department records. They were caught on Feb. 28, 1988.

“All three of us were toward the back of the store while the salesman and a customer were in the front of the store. We were talking about how easy it would be to steal a rug,” according to a statement provided to police by a coworker. “We were discussing whether to steal one or not because of the consequences. Then we decided to steal some.”

Perez and two coworkers loaded a company van with rugs. Later that day, a mall security guard caught Perez placing the rugs in a Mercury Cougar parked nearby.

Police arrested Perez and both coworkers, who were taken to the department for questioning.

Along with the rugs they attempted to steal that day, Perez and his coworkers admitted stealing four other rugs, according to the police report. Perez confessed to taking two; his coworkers said they took one apiece.

Officers recovered three rugs from Perez’s house and the fourth from a coworker’s home.

After the arrests, the case moved quickly. A grand jury indicted Perez for theft, a third-degree felony. He pleaded guilty on Oct. 7, 1988.

The judge set aside the plea and placed Perez on probation for two years. After he completed probation, the judge dismissed the charge.

During the next three decades, Perez graduated from the University of Texas-Pan American and took a job with the school district. He taught math and science, and coached football, basketball and baseball.

“Of all of his titles and accomplishments, the one he is proudest of is that of dad and husband,” according to a biography Perez submitted to the Progress Times. “He says no job in the world compares to being a dad and a husband.”

Along with raising a family, Perez became involved in local politics.

He joined the Palmview Zoning Board of Adjustments and unsuccessfully ran for City Council in November 2016, when he lost to Linda Sarabia. He’s now running against incumbent City Councilman Joselito “Hoss” Hernandez, who also works for the school district.

Hernandez said he didn’t want to comment on the felony arrest and hoped they could run a positive campaign.

“I don’t want to shame the guy,” Hernandez said. “I just want to run a clean race.”