The Mission Eagles improved to 3-0 on the season as they defeated the Pioneer Diamondbacks Thursday evening at Tom Landry Hall of Fame Stadium by a score of 21-17.

After trailing most of the game, the now 1-2 Diamondbacks took a 17-14 lead with just under seven minutes left in the game, when sophomore quarterback Eddie Marburger scored a touchdown on a keeper and then connected with junior wide receiver Lavar Lindo for the two-point conversion. 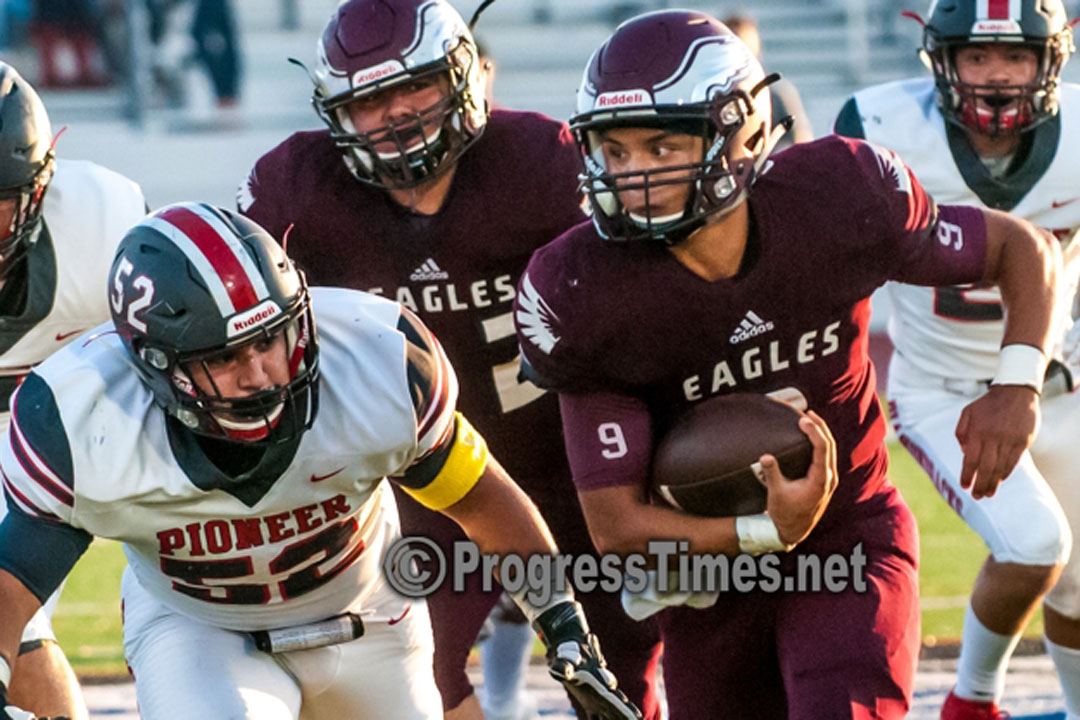 However, the Eagles moved the ball down the field on the ensuing possession and scored the eventual game winning touchdown with 4:42 remaining on the clock on a nice run by Eagles’ running back Horacio Moronta.