Combating what they say is a lack of information to landowner’s with property along the levee wall where President Trump’s proposed border wall will be built, local officials held a public meeting last month to inform the public on their rights.

Held at the National Butterfly Center in Mission Thursday, Sept. 20, the South Texas Landowners “Know Your Rights” meeting informed the attendees on any information they needed regarding the government’s Right of Entry and Declaration of Taking letters related to surveying, land seizure and construction. 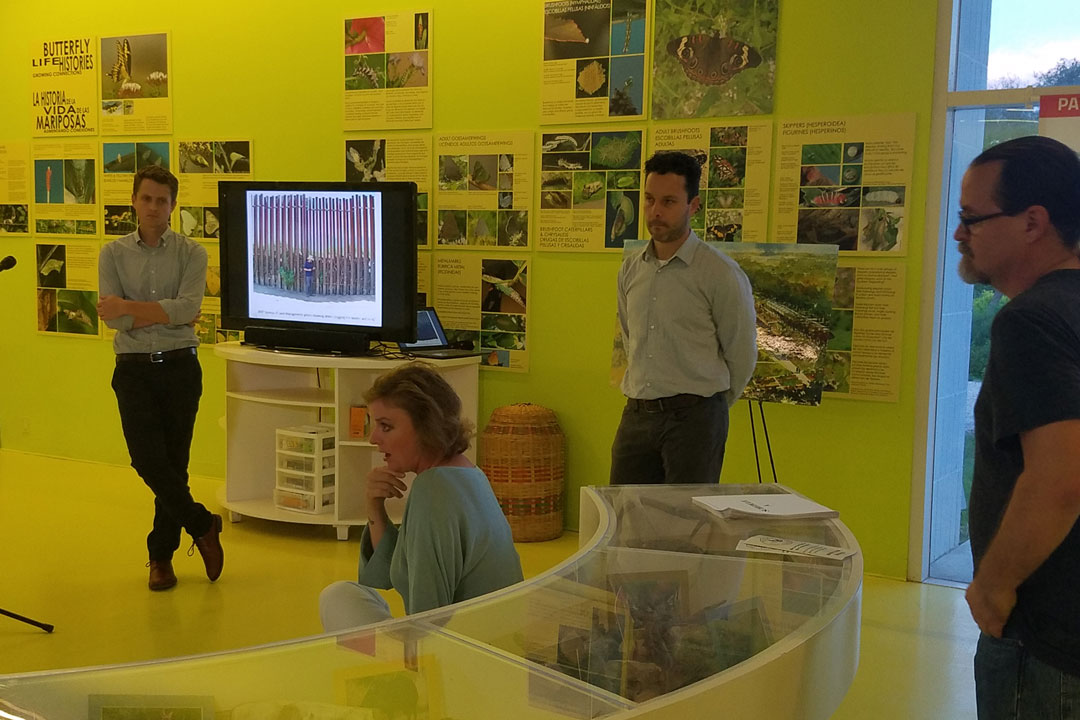 The meeting came weeks after U.S. Customs and Border Protection officials announced they are extending the public comment period on the proposed 33-mile wall project in Hidalgo and Starr Counties that was funded last spring to Tuesday, Nov. 6. Comments can be submitted via email, at commentsenv@cbp.dhs.gov and have “FY18 RGV Border Construction Projects” in the subject line of the email.

The extension, Wright said, would not matter as she’s heard from officials that there would be no public meetings related to the border wall.

“So CBP will only meet with landowners on one on one meetings, period,” Wright said at the meeting. “So this public comment…I don’t even know why they’re doing it. We, an affected landowner, never even received any invitation to participate. The whole thing had been a joke, only it’s not funny.”

Wright had been a vocal advocate against the border wall. Last July, she stumbled upon government contractors trespassing on the center’s property to survey the land for the border wall. The Center, along with the Bentsen-Rio Grande Valley State Park, the city of Roma in Starr County, and the La Lomita Chapel, are areas the proposed 34 miles of border wall would go through.

“There’s been a lack of communication between the public and border patrol so we’re being proactive and having this meeting to help people learn more information,” Wright said. “If BP isn’t doing it, someone has too.”

According to Wright, there is a total of 240 landowners over the 37 miles of land where the proposed border wall will run through. Of those 240, a dozen made it to the meeting.

Among those 12 was Ramiro Roberto Ramirez, 70, who fears his historical family church will be left on the other side of the border wall.

Located south of the city of San Juan, his family opened the United Methodist Church in 1874 and is historically recognized as the first Spanish-speaking Methodist church in the Valley, he said.

Two cemeteries near the 600-square-foot-chapel hold the final resting place of 84 people, many of whom are family, Ramirez said.

“This is a free country, but some of our freedoms are being taken away,” Ramirez said at the meeting. “I plan on being buried there, I want my grandsons to visit my grave, but you can’t just do this and separate family traditions and years of history because of a wall.”