After 47 minutes and 58 seconds of non-stop action between the Sharyland Rattlers and Pioneer Diamondbacks, it was fitting the Snakeskin Classic be decided on the final play of the game.

With :02 left on the clock, Sharyland’s Gabriel Tamez stepped up and nailed the game-winning 21-yard field goal to seal a 38-37 victory for the Rattlers, their fourth over Pioneer in five tries. 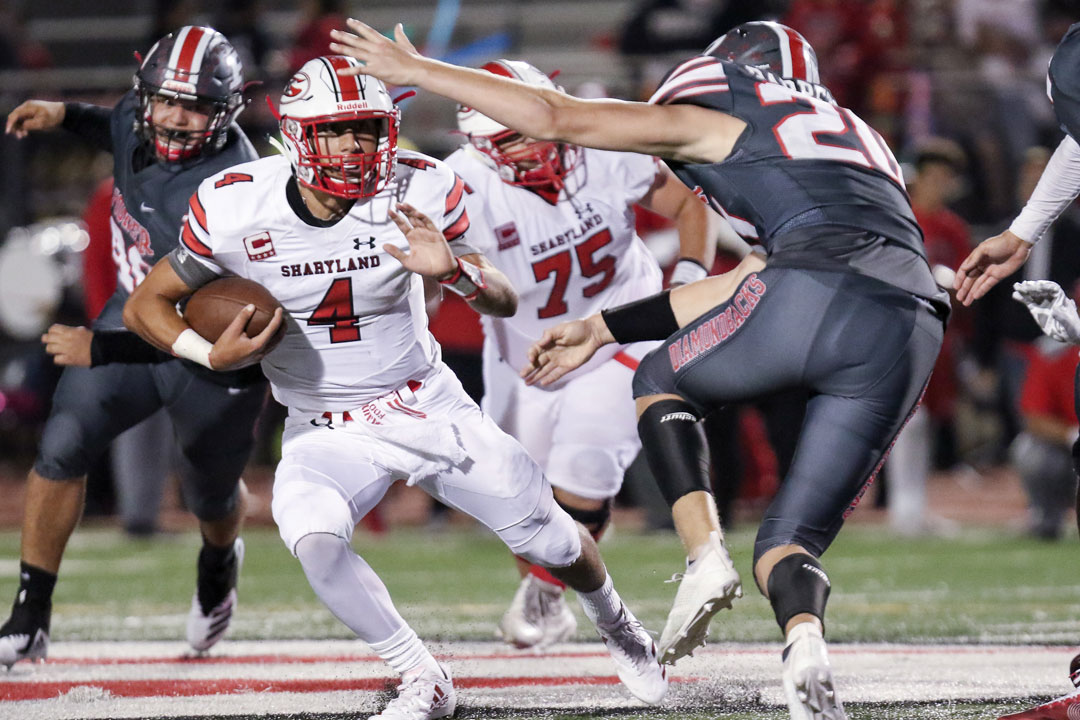 “That finish gives you an incredible feeling knowing you grinded all week just for that one moment” Tamez said. “To be able to execute really feels good, and to come out with a win against our rival and sister school, I’m proud of all our guys.”

This one turned into an old-fashioned shootout as both offenses were rolling. After Sharyland’s Oscar Valdez was injured in the first quarter, Edgar Longoria stepped in and proceeded to score five touchdowns, four on the ground and one through the air to Ruben Davila.

“I played for him because it was unfortunate to see him go out in the first quarter,” Longoria said of Valdez.

It was Longoria’s last pass that mattered the most, though. Down 2 with :07 left on the clock and the ball at the Pioneer 25-yard line, Longoria threw a laser to Tamez who went out of bounds at the 2-yard line with time left for one more play.

“When they called it, I knew it was going to be there,” Longoria said. “I told him I’m going to hit you back shoulder, he’s going to overplay it, you just have to catch it and get out of bounds, and he made the play, made the field goal and look at the outcome.”

Immediately after bringing in the biggest catch of the game, Tamez, the goalkeeper for the Sharyland soccer team, produced in the clutch once again and sent the ball sailing through the uprights.

“We’re talking about a young man that’s also our goalie,” Adame said. “Before he kicked that field goal, I took him over to the sideline and I told him ‘Look Gabriel, you’ve been through so many shootouts with our soccer program, this is nothing compared to what you’ve been through.’ He says ‘I got this coach, I got this’, and I believed him. There was no doubt in my mind we were going to win tonight and he was going to make that field goal. A little too close for comfort, but we’ll take it, as long as we have one more point than they did, and that’s what happened tonight.”

Pioneer’s Jacob Rosales threw three touchdown passes on the night with 301 total yards, while running back Tristan Castillo accounted for 83 rushing yards, two touchdowns and a two-point conversion. A late 77-yard touchdown pass by Rosales to a wide-open Roel Cajero gave the Diamondbacks a 37-35 lead with 1:30 left in the game, but a missed extra point, Pioneer’s second of the night, proved costly. Cajero, Diego Perez and Diego Benavides each hauled in touchdown passes from Rosales.