The Hidalgo County District Attorney’s Office questioned the professionalism and integrity of the Palmview Police Department on Tuesday, when prosecutors took a murder case against a former dispatcher to trial. 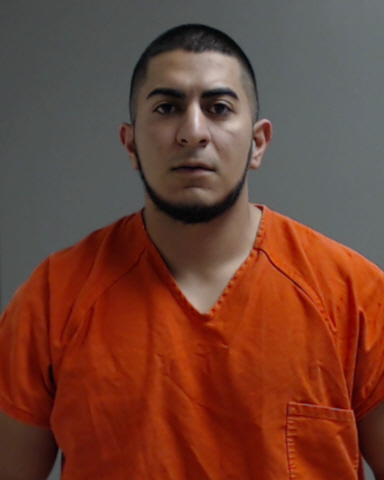 A state trooper attempted to stop Rivera on Expressway 83. He sped away and crashed the car — killing Luna and injuring Martinez.

“This case is about a 21-year-old girl that isn’t here today,” said Assistant District Attorney Vance Gonzales.
Questions about how Palmview police handled the investigation may complicate the case.

“They alerted us that it was found in a box that they had misplaced,” said Assistant District Attorney Lauren Sepulveda. “There were actually two boxes for this case. They could find one but not the other.”

What happened to the phone and why the box went missing remains unclear. With the trial in progress, neither Interim police Chief Gilberto Zamora nor District Attorney Ricardo Rodriguez could comment on the situation.

Investigators downloaded all information from the phone, producing a roughly 4,000-page report, said Vance Gonzales. However, prosecutors agreed not to discuss the phone data unless defense attorney O. Rene Flores, who represents Rivera, makes the phone an issue at trial.

The phone isn’t the only potential problem for prosecutors.

During his opening argument Tuesday morning, Vance Gonzales told the jury that Rivera and Martinez didn’t tell the truth when investigators questioned them.

“Beyond a reasonable doubt, Martinez is a liar,” Vance Gonzales said, adding that Martinez still works for the police department.

Vance Gonzales also said he expected Flores, the defense attorney, to question whether or not police handled the situation appropriately.

“And I’m not suggesting to you that Palmview is the worst police department ever,” Vance Gonzales said, but prosecutors agree with many criticisms of the investigation.

If he takes the witness stand, Lopez will face tough questions.

Lopez resigned on Aug. 30 after police department administrators accused him of failing to properly investigate several cases, including a sexual assault.

Sgt. David Salinas, who supervises the Criminal Investigations Division, wrote a memo about the situation on Aug. 1.

“Detective Lopez has been counseled on numerous occasions and has been administratively disciplined for the same occurrences during his tenure in the Criminal Investigations Division,” Salinas wrote. “Corrective actions (sic) has been taken in the past and it seems to work for a while, but then Detective Lopez falls back again on his case load.”

Along with the memo, Lopez’s personnel file includes a stack of written reprimands and a list of cases he failed to properly investigate.

City records describe Lopez’s resignation as voluntary but indicate that he didn’t resign in good standing.

Records that Palmview submitted to the Texas Commission on Law Enforcement show the city reported Lopez’s separation as a “general discharge,” a category that includes law enforcement officers with performance and disciplinary problems.

“You’re going to see a very clear line — and we’re drawing it in the sand — between professional law enforcement and local law enforcement,” Vance Gonzales said. “And we’re telling you that DPS, they did their job.”