A jury convicted a former Palmview Police Department dispatcher of manslaughter last week but acquitted him on a more serious felony murder charge.

On Nov. 16, the jury convicted Jacobo Daniel Rivera, 24, of Palmview — a former police dispatcher and volunteer firefighter — on charges of manslaughter and evading arrest or detention causing death, according to Hidalgo County District Attorney Ricardo Rodriguez. 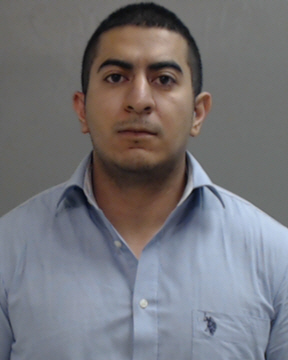 The jury sentenced Rivera to 15 years in prison. After sentencing, sheriff’s deputies transported him to the Hidalgo County jail for booking.

Attorney O. Rene Flores, who represented Rivera, didn’t respond to a request for comment after the verdict.

Rivera sped away from a state trooper on Aug. 17, 2016, and crashed a red Ford Mustang. The crash killed his girlfriend, 21-year-old Kryztal Luna, and injured Palmview police Officer Juan Martinez, who sat in the back seat.

Both charges are second-degree felonies punishable by two to 20 years in prison.

The jury, though, acquitted Rivera on the more serious charge of felony murder, a first-degree felony.