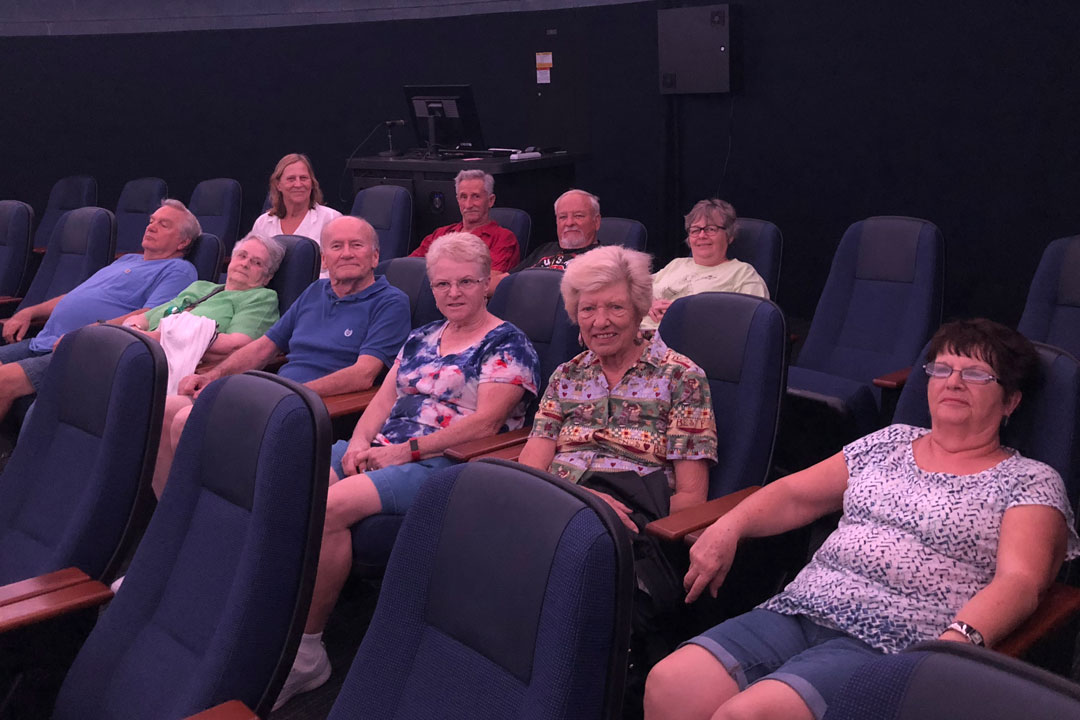 During the Howling Bash, which the district aims to hold once a month, Winter Texans are able to take advantage of the grounds with access to the public pools, courts, planetarium and golf course. The event took place last Saturday morning, and was host to a co-ed golf tournament, screenings of a couple of short films at the planetarium, pickleball, lap swimming and water aerobics classes.

“They kind of requested it, and we were talking with [LJISD Superintendent] Dr. Benavides, and she mentioned doing something to involve the Winter Texans,&rdquo; Victor Garza, the LJISD Sports & Learning Complex Director, said. “We as a district, we came into their neighborhood, so we&rsquo;re neighbors in the system, and we want to make sure we&rsquo;re all in it for the sake of the children [in the La Joya school district].&rdquo;

The golf tournament was the most popular part of the first Howling Bash, with 36 teams of four people (144 total) signed up and competing.

Overall, the Winter Texans enjoyed the nice weather that day.

“They&rsquo;ve been very positive, very receptive in regards to everything that we&rsquo;ve offered,&rdquo; Garza said. “So that&rsquo;s been a plus. We wanted to make sure that this event is satisfying to them, and it is.&rdquo;

“We want that harmony with our neighbors and the school district,&rdquo; Garza added.

Last year, Garza met with several Winter Texans who live in nearby parks in order to gauge what they wanted to get out of the Sports & Learning Complex. They brought up several ideas, including incorporating pickleball in their tennis courts.

“We had our meetings with our parks, and they kept on asking if we were going to offer pickleball,&rdquo; Garza said. “It&rsquo;s something new. We have a few people that are probably going to pick it up and have a type of league that they want to have [for pickleball]. And the courts are available, they&rsquo;re public courts.&rdquo;

He was unfamiliar with the sport, which combines tennis, badminton and ping pong. After they explained it to Garza, the complex was able to set up the courts for the sport.

“It&rsquo;s a paddle with a perforated ball, and I had never heard of it,&rdquo; Garza said. “It&rsquo;s more of a northern sport, it&rsquo;s very popular. It&rsquo;s good for the seniors.&rdquo;

At the next Howling Bash, with plenty of people signed up already, there may even be a pickleball tournament.

“We want to have different activities,&rdquo; Garza said. “Most of these people are already members, so really, there&rsquo;s no cost to it. It&rsquo;s just bringing them out here all at one time to play and celebrate their neighbors.&rdquo;

The water aerobics classes, taught by employees of LJISD, were offered three times throughout the morning. They weren&rsquo;t as popular this first time, but Nelly Garcia, who works as the Sports & Learning Complex Specialist, said they already have a list of Winter Texans signed up for the next time.

“Golfing is the popular thing,&rdquo; Garcia said. “And that&rsquo;s why we wanted to open this side of the complex, so that they are aware that they can use both [the golf course side and the side with tennis courts, natatorium and planetarium].&rdquo;

The Howling Bash was a completely free event, giving the Winter Texans the opportunity to access everything in the complex, including the golf course, without charge when they registered. Garcia mentioned that the district wanted to make sure visitors knew what was available for them to use.

“They didn&rsquo;t know if they could come in or not,&rdquo; Garcia said. “Everyone who came was excited to see that this is what we have available.&rdquo;