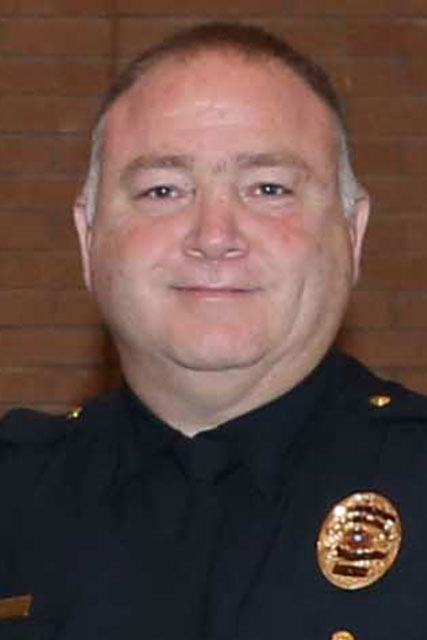 “He didn’t do anything bad. He didn’t steal. There was no corruption,” Guerra said. “It’s just: I needed a different chief. I need to go a different direction.”

Experts on crime statistics and policing said they considered the justification for the demotion dubious at best.

Phil Ethridge, an associate professor of criminal justice at the University of Texas Rio Grande Valley, cautioned against comparing cities based on crime statistics.

“I think rankings where you put crime data into some kind of formula to come up with some kind of rankings for city safety or livability in an area are very suspect at best,” Ethridge said.

What happened to White is part of a broader shakeup at Edinburg City Hall that started in November 2017, when Mayor Richard Molina and a new majority took control of the City Council.

“Everybody is walking on eggshells,” said City Councilman Homer Jasso Jr., who isn’t aligned with Molina.

Edinburg went through two city managers before Guerra, who took the job on Oct. 12.

“I do want to add that Juan has been a city manager before for a previous city and he does have experience as a city manager,” Molina said. “This is not his first rodeo, and we do trust that he’s going to make the right decisions for our city and our taxpayers.”

The justification for demoting the police chief, though, prompted serious questions about how Guerra makes decisions.

“It started with WalletHub.com,” Guerra said, referencing the personal finance website, which publishes lists on a wide variety of topics. “That’s kind of the site that every city promotes.”

WalletHub churns out lists ranking everything from the “Most Sinful Cities in America” to the “Best & Worst Cities for Keeping Your New Year’s Resolutions.”

Edinburg ranked 95th among 117 cities analyzed as part of a list called “2018’s Best & Worst Cities for Texas Families.” The list included a category called “Education, Health & Safety,” which scored cities based on property crime, violent crime, air quality, the high school graduation rate and the number of pediatricians per 100,000 residents, among other factors.

McAllen, Pharr and Mission all scored significantly higher than Edinburg.

“So what I did is, I checked other sites,” Guerra said, adding that he wanted to know whether or not the poor WalletHub score was an anomaly.

He checked AreaVibes.com, which assigns places a “Livability Score.” He checked SafeHome.org, which recommends home security systems. And he checked Niche.com, which helps consumers find good schools and neighborhoods.

All of them ranked Edinburg behind McAllen, Pharr and Mission.

“And this was the basis for it all, really,” Guerra said. “Because you take a look at every single website and Edinburg was rated the lowest when it comes to public safety.”

Asked if he would evaluate himself based on WalletHub and AreaVibes rankings, Guerra said he considered the rankings an indication of performance.

“I would equate this to Zillow,” Guerra said, referring to a popular real estate website that shows ratings for nearby schools.

A bad rating on Zillow.com might convince a prospective buyer to look elsewhere.

“If I’m a school, I’m taking a look at that. Right? Because, darn it, they’re rating me,” Guerra said. “So if I’m a police officer, I’m picking one of these and I’m going to pay attention to that. Because that’s how I’m rated. It’s part of benchmarking. It’s part of understanding where you stand as far as effectiveness. If not this, how do you judge effectiveness? Right? Because this is unbiased. These guys don’t care about Edinburg. They don’t know about Edinburg. They just get data and they form an assumption based on it. And they do it the same to every single city.”

While based on data from reputable sources, including the U.S. Census Bureau and the FBI, the lists aren’t scientific and rely on arbitrary ranking systems.

Niche assigned Edinburg a C+ ranking for “Crime and Safety” based on 11 factors, which ranged from the murder rate to U.S. Centers for Disease Control and Prevention data on excessive drinking.

Both Niche and WalletHub evaluated Edinburg in part on Uniform Crime Reporting data published by the FBI, which explicitly warns against ranking law enforcement jurisdictions based on crime statistics.

“These incomplete analyses have often created misleading perceptions which adversely affect geographic entities and their residents,” according to an FBI statement on crime statistics. “For this reason, the FBI has a longstanding policy against ranking participating law enforcement agencies on the basis of crime data alone.

Despite repeated warnings against these practices, some data users continue to challenge and misunderstand this position.”

“It’s very superficial data. I think it’s more or less subjective — subject to manipulation,” Lawrence said. “You could just as easily find someone to create a document to claim that Edinburg is the best place in the world to live.”

Along with the public safety rankings, Guerra said he reviewed the results of an employee survey.

The survey determined that 22 percent of police department employees who responded weren’t comfortable speaking with a supervisor about problems, according to a summary Edinburg released under the Texas Public Information Act.

Other survey results included that 18 percent of police department employees felt they weren’t treated with respect and 44 percent didn’t think promotions were “fair and equitable.”

Many promotions within the department, however, are dictated by how employees score on civil service exams. The results also showed that a majority of police department employees who responded to the survey believed they were treated with respect and felt comfortable talking with a supervisor about problems.

Based on the survey results and public safety rankings, Guerra signed a memo accusing White of “unsatisfactory job performance” and demoted him to lieutenant.

“It sounds like they knew what they wanted to do,” Lawrence said. “They just needed a reason to do it.”