It’s been a season of change for Juarez-Lincoln basketball. Former Girls Basketball Coach Adrian Trevino is now leading the Boys team, while Irlanda Amador is in her first year leading the Lady Huskies.

While both programs saw more downs than ups to start the season, the Juarez-Lincoln Huskies and Lady Huskies have started the new year off right as both teams took steps forward Tuesday night with road wins over rival La Joya High. 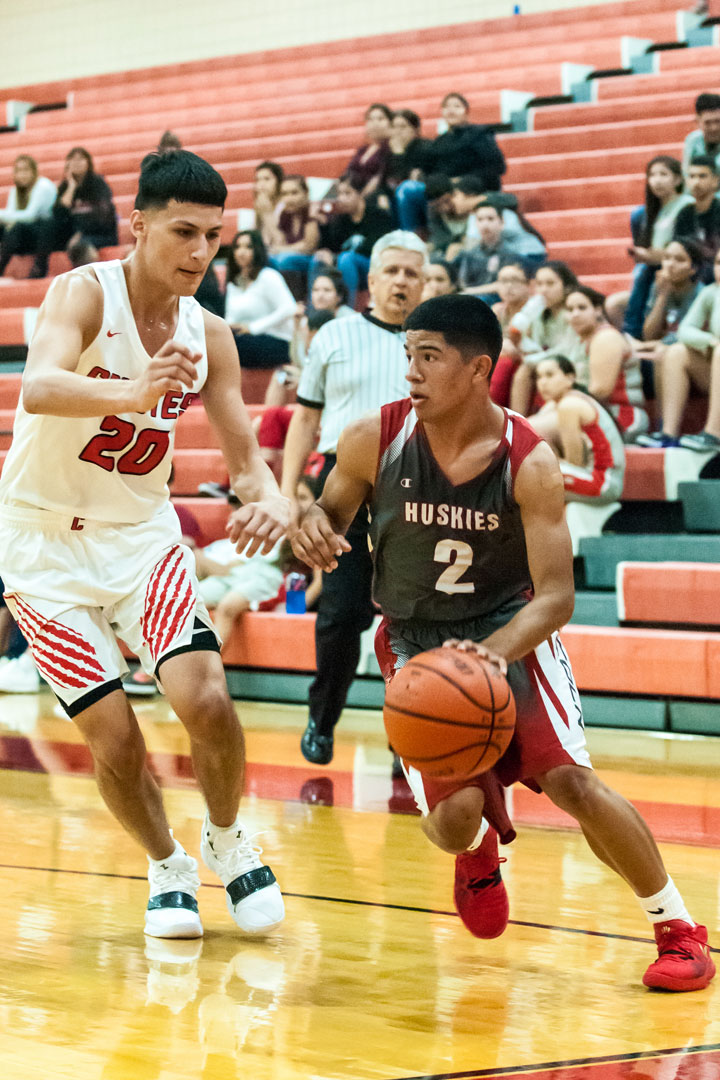 After making the playoffs for the first time in school history last season behind a strong senior class, things have been different for this year’s young team. The Huskies have struggled this season, but on Tuesday night on the road against the rival La Joya Coyotes, that changed.

“These guys came out to play,” said Juarez-Lincoln Boys Basketball Coach Adrian Trevino. “We’ve had some struggles that come along with being a young team and that’s plagued us so much throughout the season, but I think our youth is what carried us today. These guys weren’t afraid, they forgot that they hadn’t won a game, they just played. That’s the beauty of this game, you get the chance every night to do something. This was a tough team, they came back and made us play for it.”

Down 62-61 with less than 30 second left on the clock, Juarez-Lincoln’s Robert Villasana stepped to the line two separate times. The senior proceeded to knock down three of his four free throws in the final seconds of the game to clinch 64-62 victory over La Joya, earning the first district victory for the Huskies and only their second win on the season.

“I was in foul trouble early so I was on the bench, but when our main post got in foul trouble they called me in at the end and I did what I needed to do, whatever it takes to get my team the win,” Villasana said.

Juarez-Lincoln came out fearless from the opening tip against La Joya to storm out to a 25-10 lead after one quarter of play, the best quarter the Huskies have put together all year.

La Joya was in catchup mode the entire game and slowly began to chip away at the Husky lead. After Juarez-Lincoln’s Alan Hernandez went off for 16 first half points, the Coyotes applied full-court pressure to deny and double-team Hernandez, sparking the Coyotes comeback.

La Joya took their first lead with 1:24 left in the fourth quarter at 60-59, but failed to convert late in the game as Juarez-Lincoln’s Villasana was able to give his team the victory. Juan Barrientos led La Joya in scoring with 15 points, while Esequiel Garcia posted a double-double with 12 points and 10 boards.

Trevino described Alan Hernandez’ performance against La Joya as his coming out party as the junior guard finished with 20 points as he repeatedly knifed through the Coyote defense.

“We just had to come out strong and play aggressive,” said Hernandez. “I felt good, I just come out aggressive every game and try to do everything I can to help my team win.

After playing La Joya to a first quarter tie, the Lady Huskies exploded in the second to outscore the Lady Coyotes 22-7 to take a commanding 31-16 lead into the locker room

When the teams emerged, the Lady Huskies kept their foot on the gas to complete the 55-33 victory over their rival, Juarez-Lincoln’s third straight win in District 30-6A play.

“Right now, it’s a lot of shooting and a lot of feeds to our post Yolanda Hernandez; she’s been pulling through for us and our girls are shooting really well, especially on threes,” said Juarez-Lincoln Girls Basketball Coach Irlanda Amador after the win.

Hernandez, a senior post, led the Lady Huskies with a 19 point, 13 rebound double-double, while Megan Bell and Jackeline Hinojosa finished with nine points a piece.

Hernandez said the biggest key to the Lady Huskies’ success has been the team’s connections and communication.

“This team hustles and this team has been together and has a few connections,” Hernandez said. “We have new players, but we also have players that have connections like me, Megan and Danielle who have been together since 7th grade. There’s connections, there’s history and we know how to communicate with each other and that’s how the whole team plays. Without communication, there is no team.”

Amador said the connection Hernandez and Bell have sometimes doesn’t even have to be verbally communicated, just a simple look or eye contact says enough.

“They’ve had a connection since they were in middle school, and that’s perfect for us right now because they see everything eye-to-eye,” she said. “We don’t have to call a play here and there because they have a connection right away where they see and take that opportunity.”

The Juarez-Lincoln Lady Huskies are grinding to make it two straight playoff appearances, and as winners of three straight games, they’ll have to keep up their solid play throughout district. 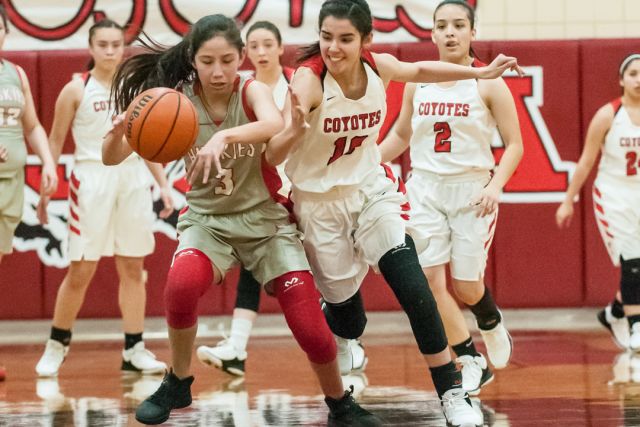 “Right now, we’ve got to keep shooting lights out, keep that shooting streak and keep the momentum up,” Amador said. “We’ve been a family, but right now we feel it because we’re putting together wins.”

The Lady Huskies (3-3 in district) are back in action Friday night as the McAllen Memorial Lady Mustangs (6-0) will travel to JLHS for a 6 p.m. scheduled tip.