A former Pharr policeman accused of threatening to kill two people during a drunken rampage pleaded not guilty to driving while intoxicated last week.

Former police Officer Omar Gutierrez, 30, of Edinburg waived arraignment on Jan. 23 and pleaded not guilty to driving while intoxicated. 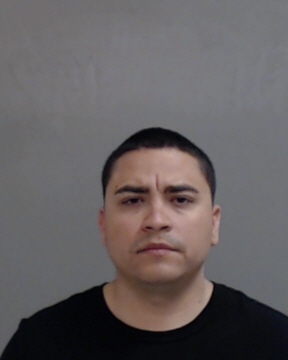 Felony charges against Gutierrez — including two counts of aggravated assault with a deadly weapon — remain pending.

“Unfortunately, Mr. Gutierrez’s criminal case is still pending. Therefore, we cannot comment on his case,” said his attorney, A. Andre Maldonado, in a statement. “Under due process of law, Mr. Gutierrez will have his day in court and we look forward to diligently and vigorously defending Mr. Gutierrez in this case, and any other case that may arise.”

After graduating from high school, Gutierrez joined the U.S. Marine Corps and deployed to Iraq, according to Maldonado. He left the Marine Corps with an honorable discharge and returned to the Rio Grande Valley, where he found a job with the Pharr Police Department.

With the exception of August 2014, when the City Commission thanked him for assisting a stranded motorist, Gutierrez kept a relatively low profile in Pharr.

That changed a few minutes after midnight on Nov. 30, when the Mission Police Department dispatched officers to the 200 block of Salinas Drive.

Officers found Gutierrez holding a pistol and “in the process of putting on a Pharr Police jacket,” according to the criminal complaint against him. Gutierrez dropped the gun and police detained him.

“The impact pushed the parked vehicle towards the front porch of the residence damaging the steps and the side railing,” according to the criminal complaint. “It also damaged the structure of the mobile home (inside & outside).”

Officers interviewed Gutierrez’s wife and her parents, who owned the mobile home. After the crash, they said Gutierrez started yelling and threatening them with a pistol.

“Omar told them that it was their fault he got divorce (sic) and that he was there to kill them,” according to the criminal complaint, which summarized their statements to investigators.

Officers transported Gutierrez to the police department, where they administered a breath test. He failed.

The results indicated a blood alcohol concentration of 0.14 or 0.15, according to the criminal complaint. The legal limit is 0.08.

Officers charged Gutierrez with two counts of aggravated assault with a deadly weapon, a second-degree felony; one count of criminal mischief causing more than $30,000 in damage, a third-degree felony; and driving while intoxicated, a Class B misdemeanor.

If convicted on a second-degree felony charge, Gutierrez faces a maximum of 20 years in prison.

“Mr. Gutierrez is a decorated United States Marine Veteran who served in Iraq and has received the Combat Action Ribbon and the Navy Commendation Medal, among others,” said Maldonado, the attorney who represents him, in a statement. “This case should not tarnish the sacrifice he’s made serving our country and defending the freedoms we hold today.”