After breaking ground for their new city hall more than two years ago, the city of La Joya held a ribbon-cutting ceremony for their new building last week.

On Saturday, Feb. 2, the city of La Joya invited the public to tour the city’s new 15,200 square feet building that houses the city’s police department and administrative offices. 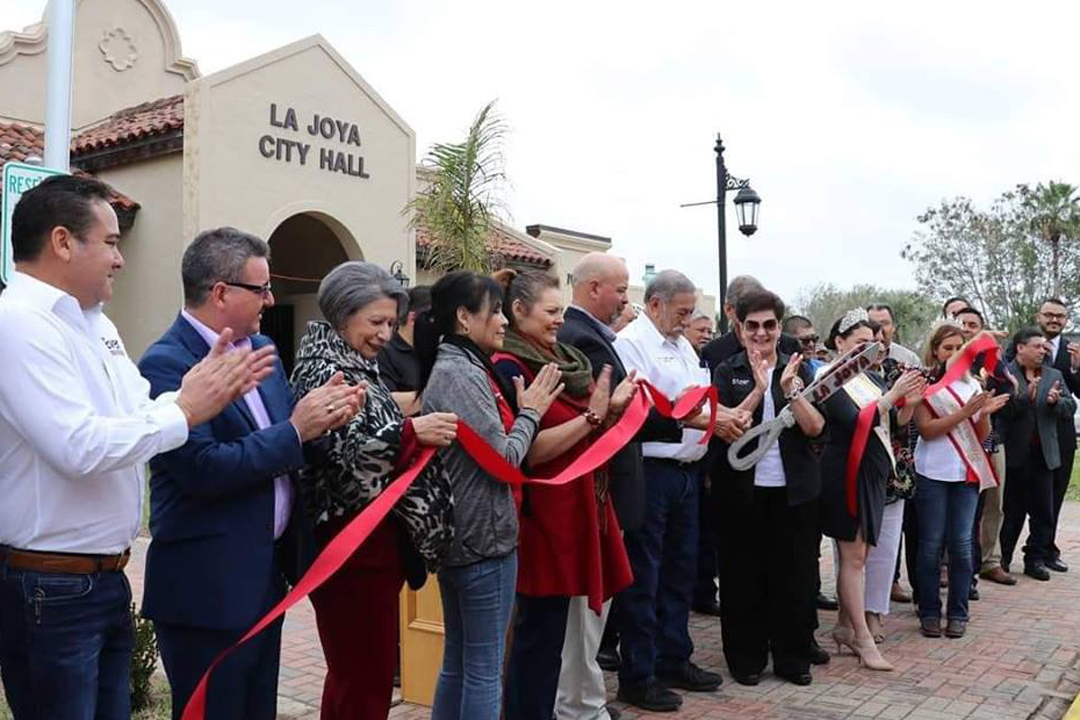 “It’s tremendous being here,” city Mayor Jose “Fito” Salinas said, adding that discussions for a new city hall have been happening since at least 1995. “I took over this city when it had a deficit of over $1 million. It’s why when people asked when we can start a new city hall, I’d respond with ‘show me where we can get the money for it.’ Now I see if you work hard and you’re united and communicate with taxpayers of La Joya, it can be done. It just takes time and work.”

Previously, the city held a groundbreaking ceremony for the new city hall and police station October 2016 along Expressway 83 on the lot that a Plains Capital Bank branch stood before closing the year prior. The city purchased the lot for $1 million through a $3.5 million loan they received from the U.S. Department of Agriculture.

The new city hall has been in use since last September to hold city council meetings, but last week city staff moved to the building. The east wing of the bank was extended to accommodate the city’s police department.

According to police Chief Adolfo Arriaga, the city’s new police department building comes with more offices, a shower and locker room and needs a few touch ups such as fitness equipment for the locker rooms and a door to the male and female inmate cells. The inmates are currently being housed in the Palmview Police Department until the jail is completed.

As previously reported, the project was due to be completed last summer, but the start of construction was delayed due to the cost of the project turning out to be about $400,000 more than originally projected.

Because of this, the city had to apply for a $400,000 certificate of obligation to pay for the extra cost.

The former city hall and police station, which sits alongside Leo Avenue and Expressway 83, has already been appraised at $500,000, City Manager Mike Alaniz said, adding that the city is making plans to put the building up for sale with proceeds from the sale going to pay back the USDA loan.

“This is awesome,” he said. “This area has been revitalized, there’s room for more developments and it’ll serve as an anchor for future developments. It’s long overdue.”