The jury — eight women and four men — found Geovani V. Hernandez, 44, of McAllen guilty on two counts of attempting to aid and abet possession with intent to distribute 5 kilograms or more of a mixture or substance containing a detectable amount of cocaine. 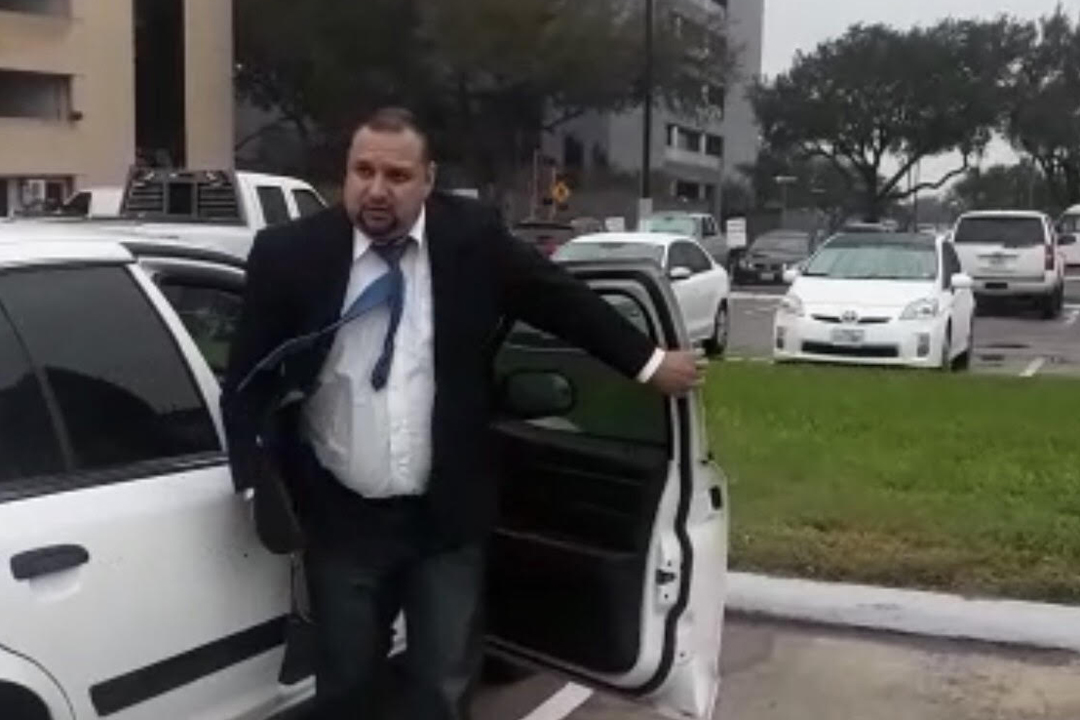 David Acosta, an attorney for Hernandez, declined to comment after the verdict.

In a question asked at trial, James Sturgis, the assistant U.S. attorney in charge for the McAllen Division of the Southern District of Texas, implied that Hernandez resigned from the La Joya Police Department after refusing to take a drug test.

Agents with Homeland Security Investigations, a division of U.S. Immigration and Customs Enforcement, sent an informant to meet with Hernandez.

Hernandez, though, didn’t want to discuss the details. Saucedo-Rodriguez recounted the conversation on Monday, when he took the witness stand.

“You don’t know what’s in it,” Hernandez said to Saucedo-Rodriguez, referring to the vehicle carrying cocaine, according to transcripts reviewed by the jury.

“Yes, I do know what’s in it,” Saucedo-Rodriguez responded.

“Don’t say anything,” Hernandez said. He later referred to the vehicle’s contents as “tomatoes.”

Hernandez knew what they were talking about, Saucedo-Rodriguez said, but always talked about drugs with an analogy or euphemism.

“You’re not going to get paid $5,000 to move tomatoes from Progreso to Pharr,” Saucedo-Rodriguez said.

Under the supervision of federal agents, Saucedo-Rodriguez paid Hernandez to protect two cocaine shipments in July 2017.

Hernandez patrolled the streets of Progreso on both occasions, providing security for the drug shipment. Saucedo-Rodriguez recorded both operations while federal agents conducted aerial surveillance.

Another witness, a drug trafficker named Arturo Cuellar Jr., said he started working with Hernandez after they appeared in a music video together.

Cuellar — who appeared in court Wednesday with “CDG,” an acronym for Cartel Del Golfo, tattooed across his neck in huge letters — said they stole drugs from smugglers.

Hernandez conducted fake traffic stops, which allowed them to steal hundreds of pounds of marijuana and 20 kilograms of heroin, Cuellar said.

Both witnesses had criminal records and potential credibility problems.

Saucedo-Rodriguez pleaded guilty to stealing money during the sting operation. He also confessed to snorting cocaine and lying to federal agents.

Cuellar admitted that he’s a member of the Vallucos, a prison gang. He pleaded guilty to a federal firearms charge in August 2018, the latest in a long string of felony convictions.

Prosecutors bolstered testimony from both witnesses with phone records, hours of recorded conversations and Facebook messages.

David Acosta and Miriam Ayala, the husband-and-wife legal team that defended Hernandez throughout the trial, attempted to cast doubt on the witnesses, calling them experienced liars.

They accused Saucedo-Rodriguez of selectively recording conversations. They said Cuellar simply wasn’t credible. And they claimed that Hernandez had actually been working on a private investigation.

Prosecutors showed the jury Hernandez’s police badge, which he allowed the government informant to borrow.