A security guard caught Deputy Ivan Tapia, 26, of McAllen shoplifting at Walmart on April 14, according to an affidavit filed with the Edinburg Police Department. Tapia wasn’t on duty or wearing his uniform when the incident occurred. 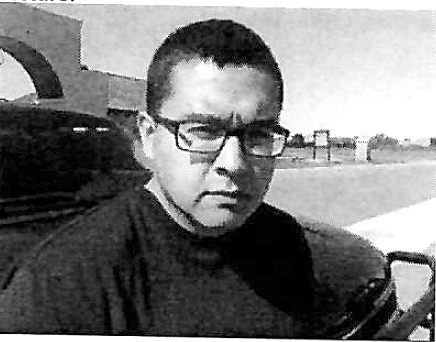 The Edinburg Police Department cited Tapia for theft, a Class C misdemeanor, and the Sheriff’s Office fired him on April 23.

“He was a good deputy,” said Sheriff J.E. “Eddie” Guerra. “Unfortunately, he made a bad choice.”

“When I took office — back five years ago — I brought with me a set of standards,” Guerra said, adding later: “I got zero tolerance for this.”

Tapia joined the Sheriff’s Office as a jailer in February 2012, according to Texas Commission on Law Enforcement records. After four years at the jail, Tapia became a deputy.

He earned about $45,900 annually, according to Hidalgo County salary records. What prompted Tapia to steal $61.37 worth of items from Walmart remains unclear.

Tapia and his wife visited the Walmart near the intersection of Trenton Road and McColl Road on the morning of Sunday, April 14. A security guard watched them shop for baby food.

They placed the baby food in a diaper bag and walked out without paying.

“I identified myself as Asset Protection and attempted to escort both subjects to the AP office,” according to the affidavit signed by the security guard. “Both subjects refused and walked to their vehicle and exited the facility.”

Edinburg dispatched an officer, who stopped Tapia’s truck near the intersection of Wisconsin Road and North Fourth Street. Video released by the Edinburg Police Department shows the officer searching the Ford F-150 and a small bag.

The officer cited Tapia for theft, according to police department records, and released him at the scene.

Tapia is the second deputy charged with shoplifting at Walmart during the past six months.

A security guard caught Sanchez stealing $282.57 worth of merchandise from a Walmart in McAllen, according to court records. Officers charged Sanchez with theft, a Class B misdemeanor.

The Sheriff’s Office fired Sanchez on Dec. 28. He waived arraignment and pleaded not guilty last month.

“I am committed to restoring and preserving the public’s confidence and trust in the Hidalgo County Sheriff’s Office,” Guerra said in a statement posted on Facebook. “We will continue to investigate all allegations of employee misconduct, and I will take the necessary and appropriate actions to maintain accountability and transparency to you, the citizens we serve.”

With attorney issue resolved, La Joya corruption case on track for May trial