91 years old with a cowboy hat donned on his now grey-haired head, he continues to make it out to the Ramirez Viejo Ranch in Peñitas every chance he can. Ramirez looks at his birthright, 180 viable acres, and gets to work. 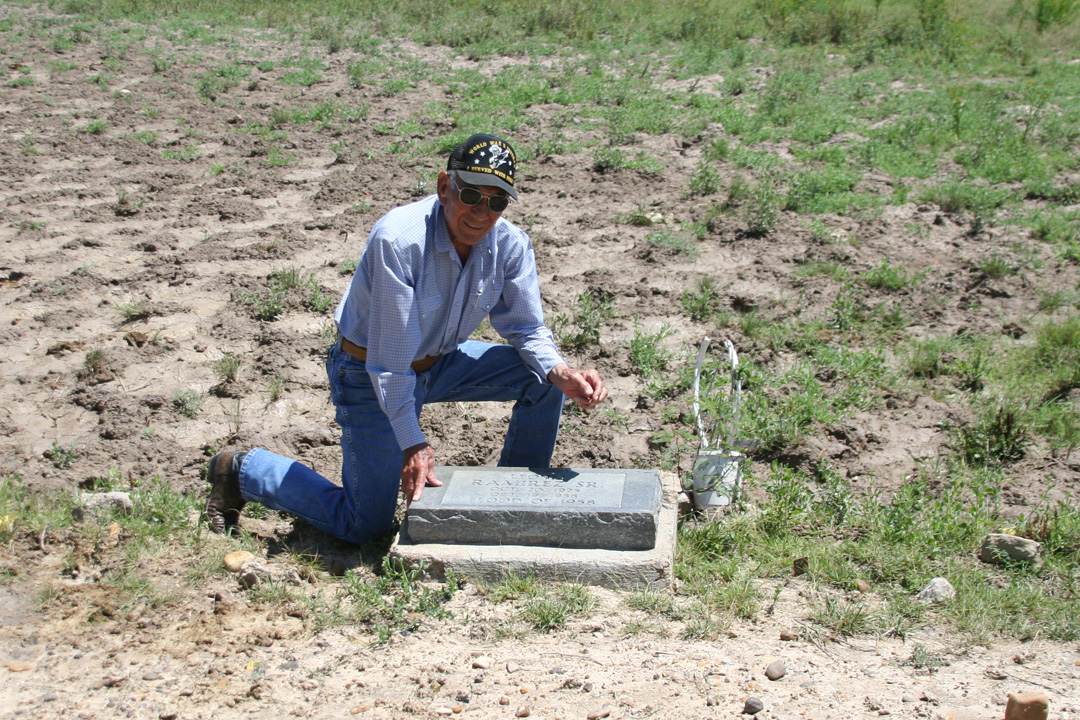 In February, Ramirez received a letter from the Texas government informing him that his land, which has been in the family since before Texas became Texas in 1845, may be seized in order to build the now infamous border wall.

The letter, signed by Wall Program Portfolio Manager Loren Flossman for the U.S. Border Patrol, requested Ramirez&rsquo;s written permission to enter his land after identifying a portion of his property that they “wish to assess for the purpose of conducting environmental assessments, property surveys, appraisals and any other such work which may be necessary and incidental to the Government&rsquo;s assessment of the Property for possible acquisition in support of U.S. Customs and Border Protection&rsquo;s (CBP) construction of border infrastructure authorized by Congress in the Fiscal Year 2019 appropriation and other funded tactical infrastructure projects.&rdquo;

The letter continues to say that border walls, lighting and roads are “critical elements to gain effective control of our Nation&rsquo;s borders.&rdquo; Ramirez doesn&rsquo;t think so, even after countless undocumented people have crossed through his land over the years.

“I don&rsquo;t mind the fence if it would actually hold illegals [back],&rdquo; Ramirez said. “But it&rsquo;s not going to work. They&rsquo;re trying to stop human beings, and human beings have ideas.&rdquo;

Once construction of the wall is complete Ramirez would be able to keep the portion of the land on the south side of the wall, but entryways to that side will be few and far between, meaning he would have to enter at the same point as other landowners and subsequently drive down another stretch of road to his property. The letter included documents for Ramirez to sign which would allow the government to begin surveying the property.

Ramirez doesn&rsquo;t like the idea. His attorneys have advised him not to respond to the letter just yet, so Ramirez continues to wait.

Ramirez&rsquo;s daughter, Irma Ramirez, lives next door to her father in a separate house on the same property. She often walks over and sits with him for breakfast.

Last week, while Ramirez was at a doctor&rsquo;s office, Irma heard several knocks on her kitchen door. She said that when someone she knows is visiting, they call first, so she did not initially answer.

They continued knocking and began yelling through the door at Irma, who is blind and hard of hearing. She asked who was at the door, but they wouldn&rsquo;t tell her and began to knock on the front door as well as the kitchen door.

They claimed to have government identification, and stated that they were looking for Jos&eacute; Ramirez, presumably over his lack of response to the letter.

Irma called Isobel, her father&rsquo;s housekeeper, over to her house to explain what was going on. When Irma opened the door, a man attempted to show her his ID.

Isobel met with them again before they left, and one of the men asked her to apologize to Irma for him, because he said he was “being so rude to her&rdquo; initially.

Several people in the RGV received a letter like Ramirez detailing the same: their land may be taken by the government in order to build the border wall. The economic and environmental issues aside, the history of the borderlands hold significance, especially for the families whose livelihoods were built from it.

The border stretches a bit under 2,000 miles. Under President George W. Bush, 654 miles of barrier was built along the border, and according to the BBC, it cost about $7 billion.

President Donald Trump is currently asking for $5.7 billion after initially saying the wall would cost $8 billion to $12 billion to construct. The BBC also said that the Department of Homeland Security estimated $25 billion in funding would be necessary to build half of the wall.

Disputes over the funding and construction of the proposed wall led to the longest government shutdown in history. According to U.S. Customs and Border Protection, the cost for construction of a border wall or the replacement of the existing legacy fence will be approximately $6.5 million per mile.

A January 2019 study by the Pew Research Center found that 58 percent of Americans are against expanding the wall along the U.S./Mexico border, while 40 percent support it.

Ramirez feels America, and this property, in his heart. At 10 years old, he started working the land side by side with his father and brothers.

He remembers climbing the ranch&rsquo;s gate with his siblings, and as evidenced during a visit to the Ramirez Viejo Ranch, he still does when necessary.

Drafted for World War II in 1945 at 18 years old, Ramirez served the United States Army as a truck driver in Japan. Two of his brothers also fought in WWII, and two others in Vietnam.

“I had faith in God, and I had love for my country,&rdquo; Ramirez said. “In my experience [in the Army], I never felt alone.&rdquo;

When he returned home from Japan, Ramirez went into agriculture. He maintains that farming is one of the top priorities for a country, especially in times of turmoil.

“During the war, farming was the basic thing that we needed in the United States,&rdquo; Ramirez said. “The country was starving, and farmers were the key to surviving.&rdquo;

The land is also the resting place for one of Ramirez&rsquo;s brothers, Leonel, who drowned on the property during the Flood of 1958. When driving into the ranch, the gravestone is impossible to miss.

“They were going to try and save a diesel tank,&rdquo; Ramirez recalled. “The water was going towards the east, and they tried to cross but they got caught in the current and he drowned.&rdquo;

Currently, the Ramirez Viejo Ranch is run by Ramirez and his sons. It is used mainly for raising cattle for students who participate in the Rio Grande Valley annual Livestock Show.

Before then, it was rented out by produce companies, and Ramirez himself cultivated tomatoes, cantaloupes, cucumbers, onions and beans.

“We have one valve every 100 feet to water the whole farm,&rdquo; Ramirez said. “It&rsquo;s well designed to irrigate all the land.&rdquo;

Ramirez intended on passing the ranch land on to his ten children, nine of which are working and living in America. According to him, thanks to the irrigation system and the land&rsquo;s proximity to the Rio Grande River, the ideal use for future Ramirez Viejo Ranch land is organic farming.

“We&rsquo;re not using any pesticides, and we haven&rsquo;t used pesticides for a long time,&rdquo; Ramirez said. “It can be farmed for organic produce.&rdquo;

“I&rsquo;ve already made my will to leave it to my family, for the next generation,&rdquo; Ramirez added. “My dad used to kick my butt there, when we were farming with mules. That&rsquo;s why I love that piece of land, because I worked there for years.&rdquo;

Ramirez reiterated that if the wall were to work in terms of border security he would support it, but in his opinion, it will not.

“It won&rsquo;t work. If I knew it would work, hell I&rsquo;d go in 100 percent,&rdquo; Ramirez said. “But it&rsquo;s never going to work. Trump just wants to show people that he&rsquo;s a powerful person. It&rsquo;s not going to work, and everybody knows it.&rdquo;

Ramirez also said he was disappointed when he received the letter, and said that the government has been given too much power.

“This is the best country that we could serve,&rdquo; Ramirez said. “The country is in my heart, and I think we&rsquo;ve given too much power to the government, and they don&rsquo;t see what we do for our country. We do everything for our country, and the country isn&rsquo;t doing anything for us.&rdquo;