Prosecutors dropped all charges last month against a former volunteer firefighter accused of threatening the Peñitas city manager and bringing a loaded pistol to work.

The Hidalgo County District Attorney’s Office dropped two misdemeanor charges against Marlowe Munoz, 40, of Mission on April 25, when the Peñitas police officers who handled the case didn’t appear in court. 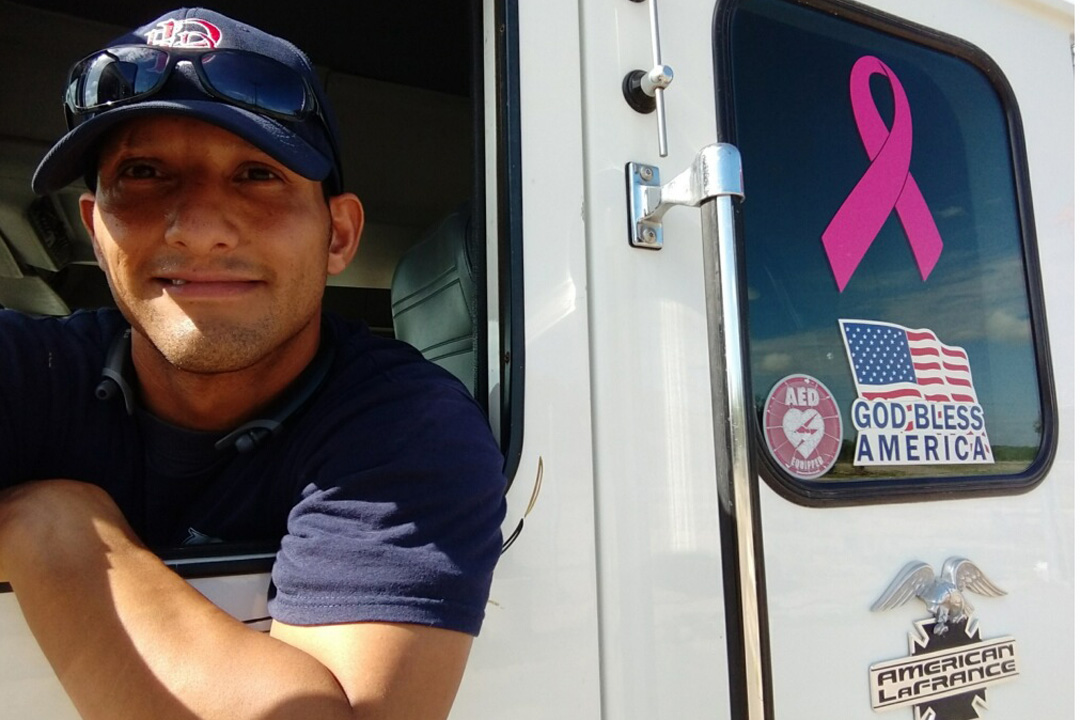 “I’m happy that the charges have been dismissed due to the insufficient evidence and the false statements,” Munoz said. “I just want my name cleared.”

Officers arrested Muñoz in January 2018, when they accused him of threatening Peñitas City Manager Omar Romero and bringing a loaded .40-caliber pistol to work.

Muñoz recorded videos of himself standing on the street near Romero’s apartment. In the videos, Muñoz made comments about how someone damaged his truck and how the city manager’s truck hadn’t been damaged — yet.

“It’s ok. Accidents happen,” Muñoz said in the video. “But I’d hate for another accident to happen.”

“Well, chief, you are the chief. Well, if you’re going to shoot me, you better be ready to shoot me on Saturday ‘cause I told everybody I’ll be there on Saturday. And I will be there,” Muñoz said in the audio recording. “Maybe I should bring some extra friends wearing the same body armor I will.”

Concerned about the messages, Romero and the volunteer firefighters contacted the Peñitas Police Department.

Officers arrested Muñoz at the Peñitas Volunteer Fire Department, where they found him sitting in a black Hummer.

Muñoz appeared intoxicated, according to an affidavit filed with the Peñitas Municipal Court. Officers found a silver .40-caliber pistol tucked between the center console and the driver’s seat. They also recovered a bulletproof vest from the vehicle.

A municipal judge set bond at $150,000, which kept Muñoz in jail for 19 days. His attorney eventually convinced another judge to reduce the bond.

The District Attorney’s Office accepted two charges against Muñoz for prosecution: unlawfully carrying a weapon, a Class A misdemeanor, and criminal trespass, a Class B misdemeanor.

Attorney Samuel Reyes, who represented Muñoz, filed a motion to suppress the evidence, claiming that investigators conducted a warrantless search and that Muñoz’s rights had been violated.

After rescheduling the hearing twice, the court finally heard testimony on April 25. None of the Peñitas police officers who handled the case attended the hearing.

One police officer had been “deployed,” apparently for military service, and prosecutors didn’t know when he would return, according to court records. Another had a death in the family. And two other police officers had left Peñitas.

“We asked for a reset,” said Hidalgo County District Attorney Ricardo Rodriguez. “We asked for a continuance. And the court would not give it to us.”

When the police officers didn’t testify, Hidalgo County Court-at-Law Judge Omar Maldonado signed a motion to suppress the evidence. As a result, prosecutors asked Maldonado to dismiss the charges.