The Sharyland Pioneer Diamondbacks advanced to the UIL State Baseball Tournament by virtue of their 11-1 five inning victory over rival Sharyland High Friday in front of another capacity crowd at UTRGV. Pioneer won the best-of-three series 2-0 and are scheduled to play at Dell Diamond in Round Rock Thursday. The time and opponent are yet to be determined.

Coach Casey Smith has guided the Diamondbacks the past two seasons; reaching the playoffs both times. The victory puts Pioneer at 37-8 on the year. 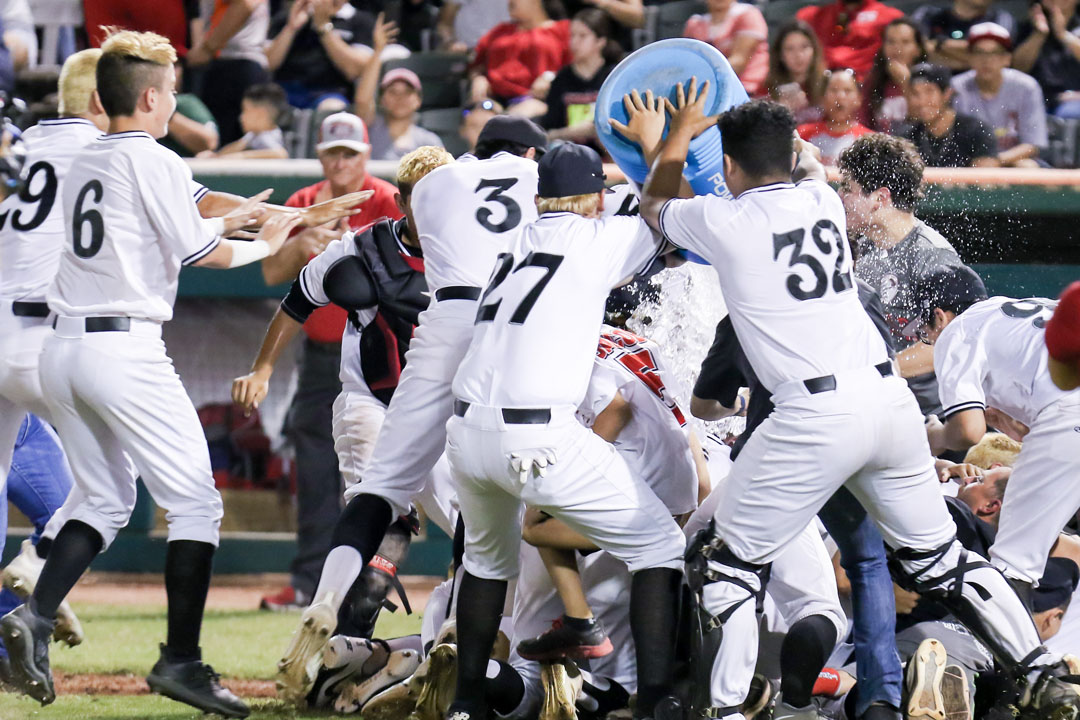 “I can’t describe it (heading to Round Rock) to be honest with you.” Smith said. “It was one of our goals to get there from the beginning of the year and to see it come to fruition with this group of kids is just unbelievable.”

Pioneer scored in every inning; all with two outs. Shortstop Jacob Rosales hit a two-run double in the second inning and first baseman Trey Gonzalez added two more with his own double in the fourth inning. Right fielder Johnny Lugo had 3 RBI’s on the night with hits in the first and fourth innings.

The Diamondbacks sent eight batters to the plate in a three run second inning and put the game out of reach by sending 11 to the plate in a six run fourth. The Pioneer offense totaled twelve hits on the night off of three Sharyland pitchers.

Pioneer got a complete game from pitcher Evan Maldonado, surrendering only three hits on the night. He got the Rattlers to put the ball in play and relied on his defense to do the rest. That defense assisted on 14 of the 15 outs needed to end Sharyland’s season.

Maldonado’s approach to the game was simple. “(I) just give it all I got.” he said. “Start off with strikes and just keep throwing them.”

The Rattlers ended the 2019 campaign with an overall record of 34-8. Coach Bart Bickerton was quick to point out how the way the season ended was not how he would remember it.

“As you come into the season you always hope your team overachieves and does things that nobody else thought they would do and this group overachieved probably more than any other team that I’ve had at Sharyland.” Bickerton said. “Team wise this was the best team we’ve ever had.”