Following five months of back and forth, the city agreed to a permit for a commercial property on Shary Road.

During this week’s city council meeting, Mission approved a conditional use permit for a sandwich restaurant in a property zoned C-2 (Neighborhood Commercial) on 215 N. Shary Rd., Suite 5. The applicant and property owner Jorge Ancer was present at the meeting, along with several residents of the Summer Breeze neighborhood, whose only entrance is adjacent to the commercial development. 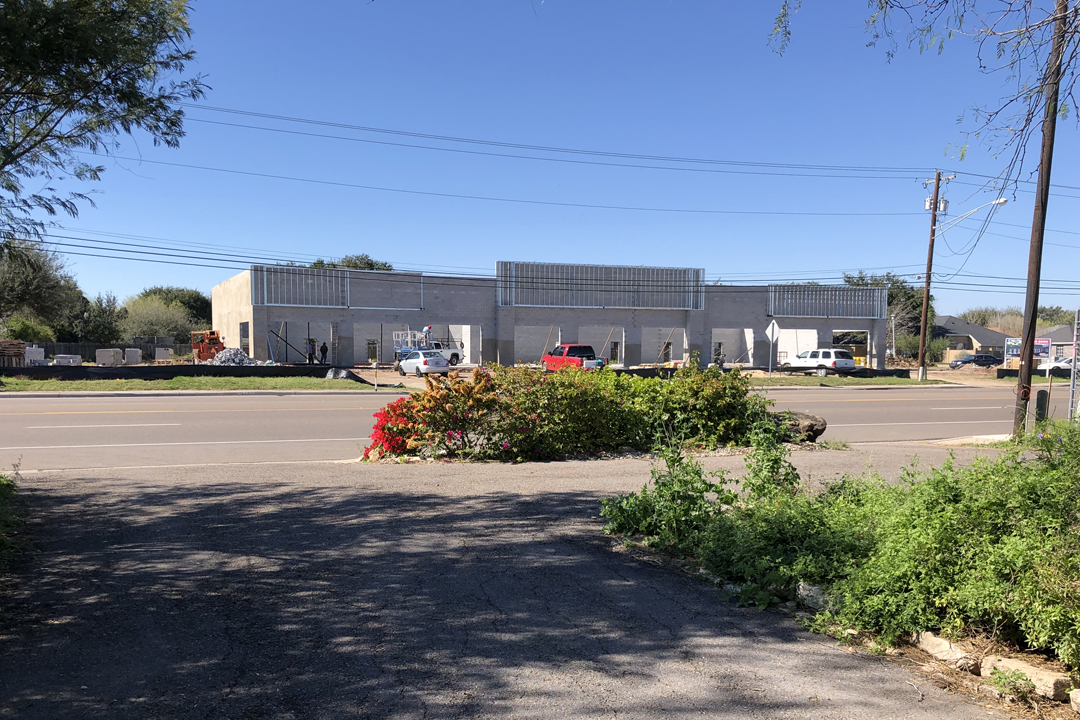 As previously reported by the Progress Times, the residents of Summer Breeze brought their complaints to council in late January this year, when the applicant was attempting to get a conditional use permit for a taqueria restaurant with a drive-thru window that would require a large outdoor grease trap.

The addition of a restaurant with these factors worried residents, due to the proximity of the property to where their children (who go to school in the Sharyland Independent School District) are dropped off by the bus without access to a sidewalk as there is not one in the cul-de-sac, and the potential increase of vermin and traffic in the area.

New plans for the location are still for a restaurant, but not one with a drive-thru – rather, a sandwich shop. The nature of this restaurant will only require a smaller indoor grease trap under the sink.

“Hours of operation [will be] Monday through Friday 9 a.m. to 9 p.m., Saturdays from 10 a.m. to 7 p.m. and Sundays the restaurant will be open from 12 p.m. to 7 p.m.,&rdquo; Planning and Zoning Director Jaime Acevedo said. “A total of three employees will man the operation during any given shift.&rdquo;

Ancer agreed to install 7-foot masonry fences along the south and west sides of the property, but not to a fence of the same height along the north side (closest to the neighborhood), saying it would not be inviting and may make traffic accidents more likely. He also promised to never place a restaurant in that property that would serve alcoholic beverages.

“He doesn&rsquo;t want something that&rsquo;s going to require a grease trap, he wants a lighter restaurant use,&rdquo; Acevedo said. “The residents want him to install a masonry wall like he&rsquo;s been doing on the south and west side, and the applicant is saying that wall would be detrimental to the aesthetics of his commercial plaza.&rdquo;

The Mission mayor and city council held a public hearing on the item, and one by one Summer Breeze residents took the podium against the request. Prior to this meeting, the item had been tabled previously to give residents time to sign a petition, which 21 households in Summer Breeze along with several residences across the street did.

“I would like to let you know that any resident who lives on Summer Breeze can tell you when we decided to purchase a home on this street that we did so in large part because it is located on a cul-de-sac, and typically [they] have less traffic and therefore more safety and privacy,&rdquo; Garret Edwards, a resident of Summer Breeze, said. “With this development going up at the only entrance and exit to our homes, we&rsquo;re very unhappy with the increase of current and future traffic.&rdquo;

Ancer, along with family, Summer Breeze resident Tommy Thompson and Abby Reyna (who has a brother living in Summer Breeze and who also has done real estate work with Ancer) also spoke during the meeting in favor of the request, citing that Mission is a growing city that should embrace change.

“We want to have places where we can dine, where we can work, play and live here and make our city the best city that it can be,&rdquo; Reyna said. “We all hate change. But sometimes, we need to change to be better.&rdquo;

Council had several questions following the public hearing, including ones inquiring if the Sharyland school district could adjust where the school bus drops off students living at Summer Breeze. According to P&Z Director Acevedo, the district could not adjust their bus routes.

“One of the things that the people from the school district had told me is that the likelihood of it changing to the north side [for the bus stop] is very slim,&rdquo; Acevedo said. “I also learned that when the bus stops, and I don&rsquo;t know if it&rsquo;s customary or if it&rsquo;s a policy, the bus driver waits until a child walks 50 feet into a subdivision. I haven&rsquo;t seen anything, but that&rsquo;s what I was told.&rdquo;

Council member Jessica Ortega-Ochoa stated during the discussion that she reached out to two board members and would be meeting with SISD Superintendent Maria Vidaurri the following day to address the bus routes.

Before the city council meeting, the Mission Planning and Zoning Committee and P&Z Staff recommended approval of the permit. Ultimately, council unanimously agreed to approve the conditional use permit for one year with the condition that Ancer build a 3-foot cedar fence with shrubbery along the north side next to the Summer Breeze entrance, and said that the city would build a sidewalk in the cul-de-sac.