On Wed., July 3, four attorneys stood in front of the U.S. flagpole by the federal courthouse in Bentsen Tower and read from the document which highlights the principles by which our government is based.

The Hidalgo County Bar Association Criminal Law Section held a reading of the United States Declaration of Independence and the Bill of Rights in honor of yesterday, Independence Day. The annual ceremony overseen by the Texas Criminal Defense Lawyers Association is “part of a statewide effort by local criminal defense lawyers groups.” 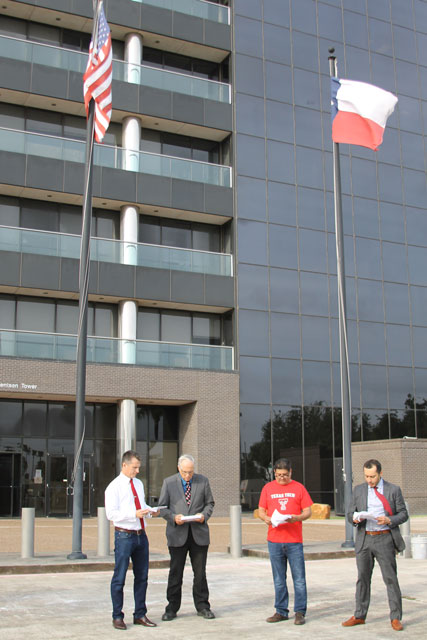 Statewide readings are held throughout Texas in order to “honor the liberties we enjoy and celebrate the significance of Independence Day.” Typically just the Declaration, written and signed in 1776, is read aloud, but according to the TCDLA “many American institutions exemplified by our Bill of Rights are under attack,” so organizers of local readings were encouraged to include a reading of the Bill of Rights.