The La Joya Housing Authority board interviewed candidates for interim executive director Wednesday but couldn’t reach a consensus and adjourned without making a decision.

Members of the board spent more than two hours interviewing candidates and discussing the position. 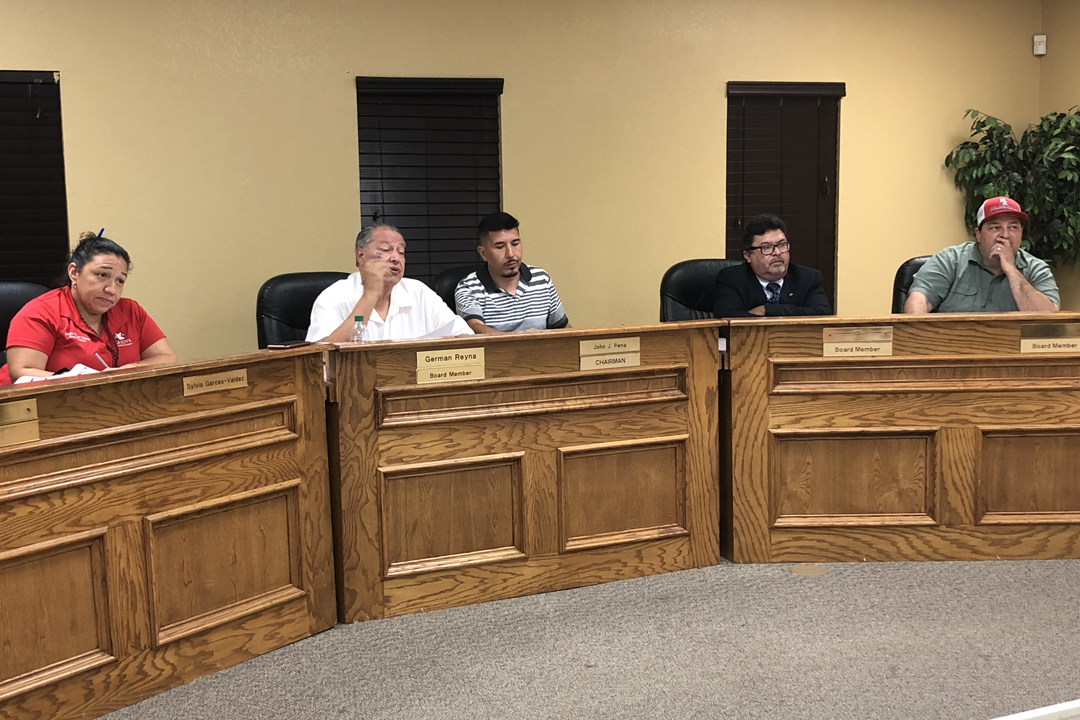 “First of all, I would like to thank all the applicants,” said board Chairman John Pena. “It’s been a pretty tough choice for us.”

Nobody seconded the motion, which died.

“So what does the attorney recommend?” Pena said.

Mark Anthony Sanchez of San Antonio, who represents the housing authority, stood and answered the question.

“You haven’t selected a candidate,” Sanchez said. “So the position remains vacant until the board votes, in a majority, for a particular candidate.”

Pena asked whether or not the candidates would be required to reapply.

“The board’s options are to set another meeting to open up the application process again to solicit the same or additional candidates, and address this question at another meeting,” Sanchez said. “All motions have died. Unless you have another candidate that someone wants to put forward by motion. That applied, that is.”

Members of the housing authority board interviewed the candidates and discussed the position in executive session.

State law allows the board to meet privately about personnel matters. The board, however, met in a room with very thin walls.

As a result, housing authority employees, job candidates and reporters who attended the meeting could hear much of what the board discussed just a few yards away.

In one instance, a member of the board asked a job candidate about former Executive Director Cristi LaJeunesse, who the job candidate had listed as a reference.

The Progress Times reporter who attended the meeting heard Garces Valdez, the board vice chairwoman, express interest in the interim executive director position.

The U.S. Department of Housing and Urban Development prohibits members of the board from resigning to work for the housing authority.

“Any present or former member or officer of the governing body of the housing authority may not enter into a contract or arrangement, direct or indirect, during his or her tenure or for one year thereafter,” according to the annual contributions contract between HUD and the housing authority.

Garces Valdez mentioned the waiver process and said she would be willing to serve as interim executive director without pay.

When the Progress Times reporter asked Garces Valdez about the discussion, Sanchez advised her not to comment on matters discussed in executive session.