As part of its ongoing relationship with its 22 sister cities, the city of Mission made an important donation to Ciudad Miguel Alemán in Tamaulipas, Mexico.

During Monday’s city council meeting, the city donated an ambulance to the Mexican municipality with a population of nearly 30,000 located approximately 90 miles west of Mission. 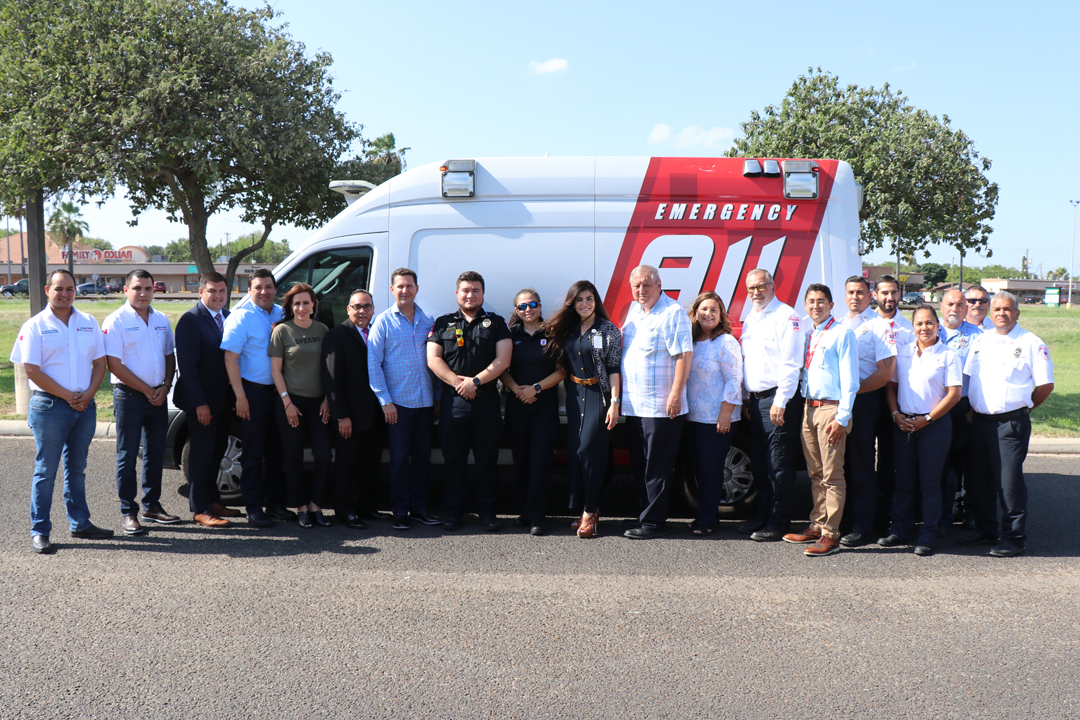 “We are honored to continue serving your city with your emergency services and hope we continue to do so, “city Councilwoman Jessica Ortega said to representatives of Ciudad Miguel Alemán. “We want to continue helping you save lives in your community and are happy to donate this ambulance.”

The sister city agreement consists of a social agreement between towns, cities and counties, in geographically and politically distinct areas to promote cultural and commercial ties. Mission usually celebrates their sister cities in a “Mayor’s Brunch” ceremony held annually during the Mission Texas Citrus Fiesta celebration where representatives from all the sister cities attend.

There’s a total of 22 sister cities in partnership alongside Mission with most of them from Mexico and three cities from Spain, Guatemala and Panama.

According to Jesse Lerma, the city’s civil service director, typically mission assists these cities by donating surplus items from the area such as fire equipment, school buses and ambulances.

“This is the second time we’ve donated to Ciudad Miguel Alemán, they’ve also requested an ambulance and we’re waiting to hear back from local school districts to see if they have one in surplus they’d be willing to donate,” Lerma said.

The $11,000 ambulance was donated to the city by Med Care EMS, which provides emergency medical services to the city, Lerma said, adding that they’ve donated three other ambulances to three other cities in the past.

“And in exchange for the goods we provide to our sister cities, they pay us back with their cultural art,” Lerma said. “In the past we’ve received their artists so we can get a feel of their culture while they put the items they’ve donated to good use.”

In attendance for Monday’s meeting was Servando Lopez Moreno, mayor of Ciudad Miguel Alemán. He thanked the city for their assistance.

“It’s an important donation since municipalities in Mexico need help and support,” Moreno said. “It’s hard economically and this donation will help our entire region. It’s a pleasure and we feel grateful having this.”