58 years ago a group of teachers came together and started the La Joya Area Federal Credit Union, which now serves over 16,000 people in the county. 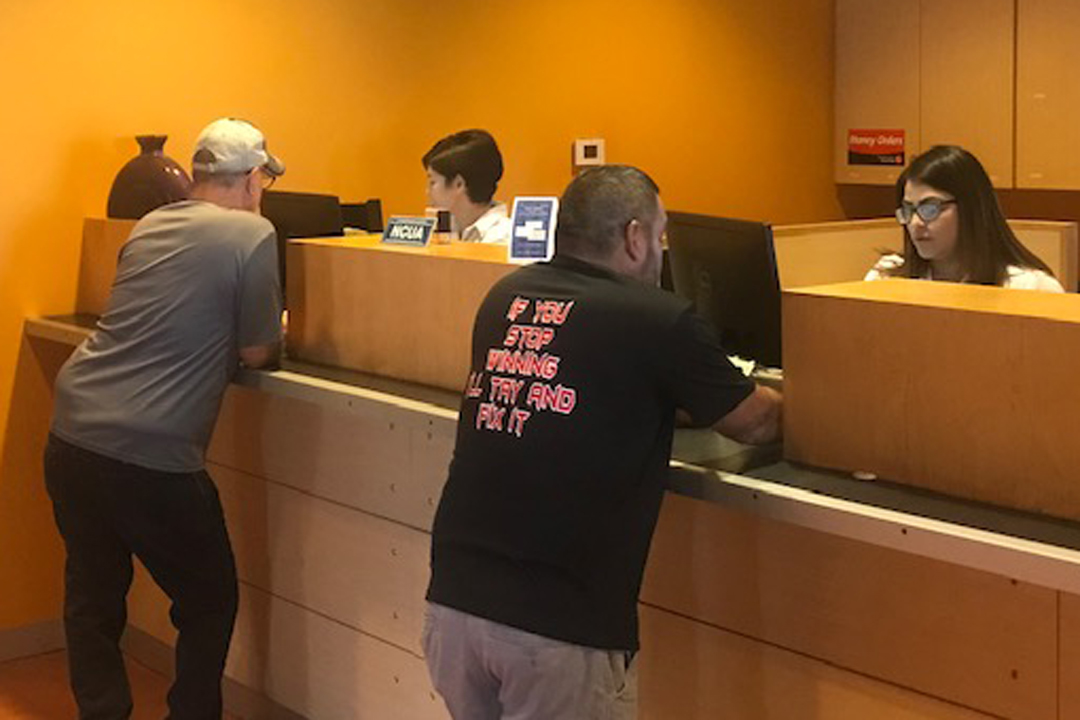 Operating out of two locations, the La Joya Area FCU can be found at 214 E. Expressway 83 in La Joya and 317 S. Bentsen Palm Drive in Palmview.

HISTORY
The La Joya Area FCU had its origins with Daniel Zamora and a group of 15 total teachers from the La Joya Independent School District. Originally called the La Joya Teachers Federal Credit Union, they changed their name with the charter in the 1990&rsquo;s.

According to Vice President of Operations & Compliance Arturo Alaniz III, it was started in order to serve a need in the community.

“At the time, there really wasn&rsquo;t too much in the area. La Joya was relatively isolated,&rdquo; Arturo Alaniz said. “I think the closest financial institutions were in Mission, which is a good 12 miles away.&rdquo;

In the 1960&rsquo;s they applied to the National Credit Union Administration for a charter to open and each paid a $20 fee to get started. Approval of the charter was granted on Dec. 5, 1961 and the rest is history. Zamora was elected treasurer and took over operations of the union, mostly operating out of the briefcase he would take to school.

Paid $3 per month for his work, Zamora recruited members, disbursed loans and took deposits from that briefcase during lunch breaks and after school.

“I see him [Zamora] as a visionary at that point,&rdquo; CEO and President Johnn Alaniz said. “He never would have expected this to grow into what it is now. What they accomplished was pretty awesome.&rdquo;

Zamora used his briefcase until 1974, at which point they started running the business out of his carport at his house. The credit union did not get a stand-alone building to operate until 1979.

“Originally it was chartered only for employees of the school district, so it was specifically designed to cater to the needs of educators,&rdquo; Arturo Alaniz said. “It was in 1995 that the charter changed to include the community.&rdquo;

In 2013 the charter was updated again and opened up to anyone in Hidalgo County.

PRESENT DAY
The goals of the La Joya Area FCU is to continue updating and upgrading services provided to the community. Johnn Alaniz said they hope to continue to increase in loan volume and capital.

“I think at this point right now, we&rsquo;re doing good,&rdquo; Johnn Alaniz said. “We&rsquo;ve done very well, so we might want to spearhead some ventures and look at different avenues to improve our assets.&rdquo;

Arturo Alaniz said they strive to offer affordable products and services to members while maintaining a sound bottom line. There are about 16,300 accounts at the La Joya Area FCU open right now.

“Through our administration, financially we got to the bottom line as far as what we needed to improve and where we need to be at,&rdquo; Johnn Alaniz said. “I feel we&rsquo;ve gotten there, and that&rsquo;s been one of our strengths.&rdquo;

He continued and added that it was important for the credit union to be in service to educators in the community, who make up about 60 to 70 percent of La Joya Area FCU members.

“I feel that there are certain needs that other banking institutions can&rsquo;t and won&rsquo;t provide,&rdquo; Johnn Alaniz said. “We&rsquo;re here to provide certain services that are beneficial to the needs down here, to our employees in the school district.&rdquo;

PUBLIC PERCEPTION
Both the president and vice president noted that they were aware of the positive and negative feedback from members, and said that the credit union was constantly working to improve and fix any mistakes someone may encounter.

“We understand what&rsquo;s working and what&rsquo;s not working here, and we&rsquo;re trying to move forward when it comes to that,&rdquo; Johnn Alaniz said. “We&rsquo;re working on the phone systems right now and the debit card functionality.&rdquo;
Both men spoke about the continual efforts of staff to provide the best service to people in the area.

“We understand what our needs are, and we&rsquo;re trying to correct [things],&rdquo; Johnn Alaniz said. “We have a social media presence [Facebook], which we&rsquo;ll be using more in the days and months to come.&rdquo;

Arturo Alaniz said they were working on the interface of their main website, and are aiming to streamline online accessibility.

The La Joya Area FCU has remained part of the public sphere through donations to charitable organizations and sponsorship of community events, which both men stressed they would continue to participate in.

“There are certain times when you deal with people who are in need, who have emergencies going on,&rdquo; Johnn Alaniz said. “And we&rsquo;re part of their lives. We want to help as much as we can – we can&rsquo;t help everybody, but if we can we will, and I take a lot of pride in that.&rdquo;

SYMBOLISM IN DESIGN
The credit union&rsquo;s logo, which was approved in 1997, holds several facets of meaning: overall they said the logo represents the unity of community and members. The diamond shapes represent “La Joya&rdquo; (or “The Jewel&rdquo; in Spanish) and form a circle that represents the several cities and communities within the LJISD boundaries.

The people within each diamond represent members who are considered “precious jewels&rdquo; to the credit union, and the center star stands for the credit union itself. According to the La Joya Area FCU, the star would not be created without their members, making their credit union shine.