In 1985, when Thomas Slowinski first worked at the U.S. Border Patrol checkpoint in Falfurrias, the process for searching passenger cars wasn’t exactly sophisticated.

“We actually had a set of Walmart car ramps if we wanted to look under a vehicle,” Slowinski said. “Now you look at the technology and the capabilities that we have here today at this checkpoint, it’s really tremendous.” 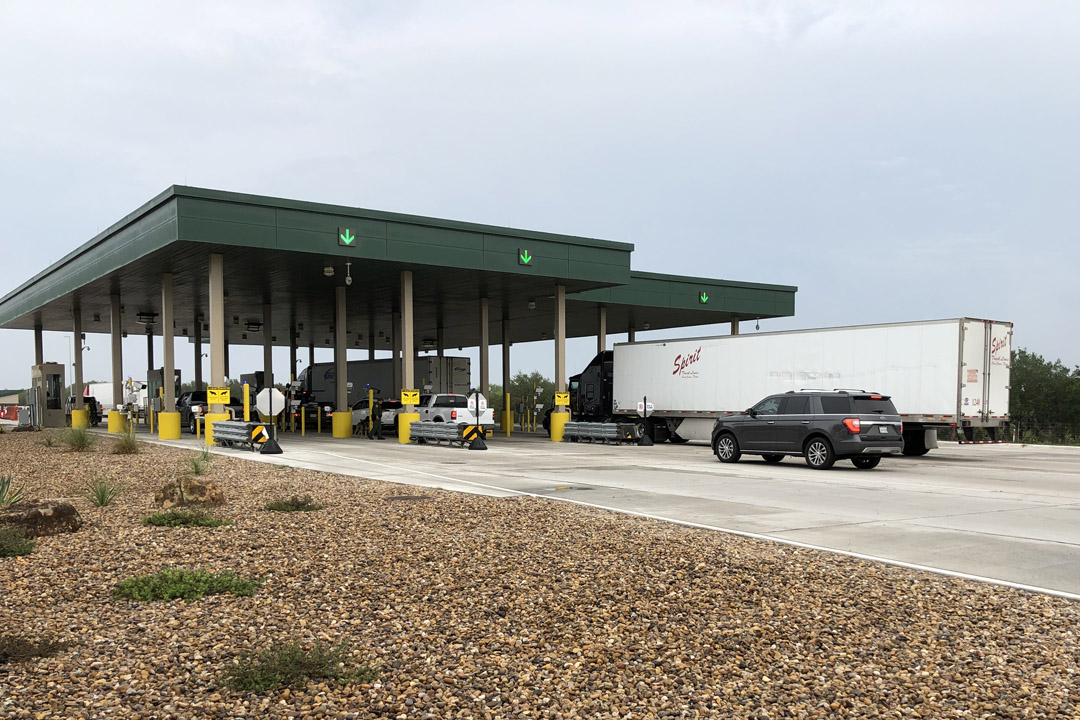 Slowinski — who is now the patrol agent in charge — touted the technology Thursday, when Border Patrol held a ribbon-cutting ceremony for the new Falfurrias checkpoint.

Located on U.S. 281 about 13 miles south of Falfurrias, the checkpoint is supposed to stop drugs and people who illegally cross the border from reaching the interior of the United States.

The old checkpoint had three lanes, where Border Patrol asked travelers whether or not they were United States citizens. The new checkpoint is larger, with eight primary lanes and 16 lanes for secondary inspection.

“This new checkpoint should help us ease congestion, improve operational efficiencies and increase safety for the traveling public and the agents who work at the busiest Border Patrol checkpoint in the country,” Karisch said.

U.S. Customs and Border Protection uses the X-ray scanners, called Z Portals, at international bridges and other ports of entry. Falfurrias is the first Border Patrol checkpoint to utilize the technology.

At the old checkpoint, Border Patrol had a sign that displayed the quantity of drugs agents had seized and the number of people agents detained for being unlawfully present in the United States. The new checkpoint will not display those statistics.

“We think it’s probably a lot better to just send the information out on a regular basis rather than having statistics up here,” Karisch said.

Customs and Border Protection, however, doesn’t actually release statistics for the Falfurrias checkpoint. Instead, the agency publishes news releases that highlight specific incidents.

“CBP does not release seizure data for specific checkpoints because they reveal the limits in its law enforcement coverage and inform smugglers and organized criminals of possible seams or gaps in its enforcement effort,” according to a letter Customs and Border Protection sent to the Texas Attorney General’s Office last year.

Data released by the Texas Department of Public Safety, however, showed drug seizures at the Falfurrias checkpoint had dropped about 88 percent from 2014 to 2017.