A judge last week dismissed a felony charge against a former Hidalgo County Sheriff’s Office jailer accused of sodomizing an inmate with a baton.

Former Detention Officer Michael David Hinojosa, 35, of Mercedes pleaded guilty to violating the civil rights of a person in custody, a state jail felony. The Hidalgo County District Attorney’s Office, however, allowed Hinojosa to participate in a pretrial diversion program. 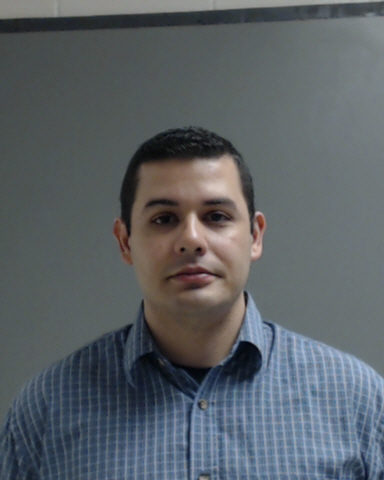 After he completed the program, the District Attorney’s Office asked state District Judge Rose Reyna Guerra to dismiss the case on Aug. 28.

“We weren’t sure if we were going to be able to get a conviction on the alleged incident,” said District Attorney Ricardo Rodriguez.

Prosecutors reviewed the case and decided Hinojosa could participate in the pretrial diversion program — if he pleaded guilty.

“This is a guy that they’re claiming had violated the rights of an inmate,” Salinas said. “But when you looked at the video it was real questionable.”

Hinojosa pleaded guilty and participated in the pretrial diversion program because he didn’t want to risk a jury trial, Salinas said. He completed the two-year program without incident.

“I think, at the end of the day, my client just didn’t want to roll the dice,” Salinas said.

Court records identify the inmate as “Juan Gomez,” a pseudonym assigned by investigators to keep him anonymous. The Progress Times couldn’t reach Gomez for comment.

Gomez apparently had been arrested and fell asleep in the jail booking area.

At about 7 a.m. on Nov. 1, 2016, jailers attempted to wake Gomez. They wanted to photograph him and take fingerprints as part of the booking process.

“A struggle ensued and Gomez was taken to the ground and restrained by several Detention Officers,” according to the criminal complaint against Hinojosa. “Gomez filed a complaint, alleging that while he was on the ground, he was sexually assaulted.”

Gomez said someone had sodomized him with a baton during the struggle.

“One of the Detention Officers that witnessed the incident filed a report and sworn Affidavit, confirming that he observed Detention Officer Michael Hinojosa push his ASP Baton into Gomez’s anus area at least four to five times. He heard Gomez yell out complaining about what was happening,” according to the criminal complaint. “Several other Detention Officers, who were present during the incident, also corroborated Gomez’ allegations.”

The Sheriff’s Office fired Hinojosa on Nov. 21, 2016, and notified the Texas Commission on Law Enforcement that he received a dishonorable discharge.

Asked what he thought about prosecutors allowing Hinojosa to participate in the pretrial diversion program, Sheriff J.E. “Eddie” Guerra said the judge, prosecutor and defense attorney determine the punishment.

“My job is just to put the elements of the crime together,” Guerra said. “And, after that, it’s up to those three individuals.”