Rather than building walls, the Mission Historical Museum, along with the city and CamCoin, are building bridges to connect Mexican and American culture.

This past weekend, the museum hosted their first Mercado Mexicano at the Mission Event Center, bringing over 20 local and international vendors to sell artisanal goods, clothing and decor in the community. According to Museum Director Cindy Stojanovic, the draw of these events has grown ever since they began putting them on. 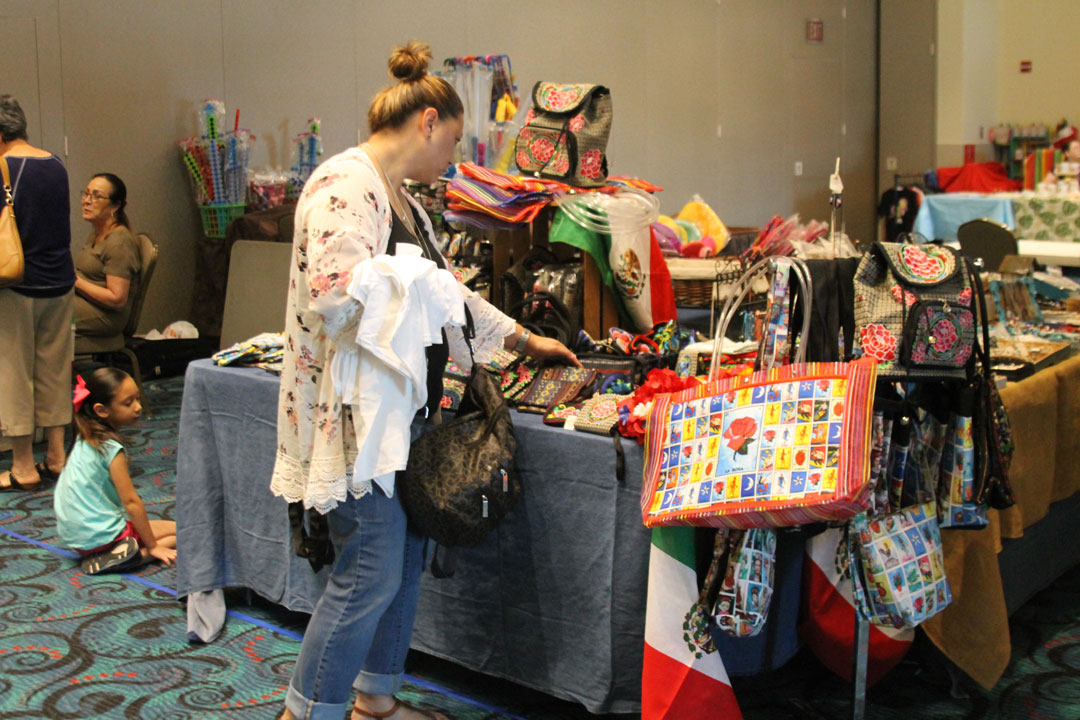 “Aside from the obvious economic and tourism benefits and impact, we also want to bring about an awareness in keeping in mind our mission – to preserve those intangible elements of our history and our culture,&rdquo; Stojanovic said. “We&rsquo;re finding more and more that there&rsquo;s a demand for it. Every time we do these [markets], they&rsquo;re pretty popular.&rdquo;

This is the first Mercado Mexicano held by the museum, and it was done in conjunction with CamCoin, or Camara de Comercio Internacional, the International Chamber of Commerce.

“The artisan vendors are representative of traditional craft,&rdquo; Stojanovic said. “Given the current climate, a lot of people are apprehensive of crossing over to Mexico and purchasing these items there, which is traditionally what most people have done in the past.&rdquo;

Luis Munoz, the owner of Arte Chilango, was one of the vendors present at the Mercado Mexicano. He offered a variety of goods, including handmade ceramic calaveras, wooden religious iconography and magnetic decor to those who attended the market.

“We scoured small towns in different parts of Mexico, went directly to the artisans and brought a little bit of everything,&rdquo; Munoz said. “A lot of this is a dying art, so the fact that we&rsquo;re able to bring it to the market in the U.S. makes a huge difference to ensure that art doesn&rsquo;t end.&rdquo;

Munoz is a student at the University of Texas Rio Grande Valley, and part of the sales will be going toward his tuition. Originally from San Francisco, California, Munoz has been in the Valley for a year.

“Although technically we&rsquo;re in the U.S., really culturally the U.S. doesn&rsquo;t start until after the immigration checkpoint in Falfurrias,&rdquo; Munoz said. “So it&rsquo;s important for the community to have a connection home, so to speak.&rdquo;

Munoz said the majority of Mexican artisans are not set up to export goods, so they rely on people like him and Arte Chilango to bring the merchandise to market and raise their economy.

“Otherwise they rely on small shows within their small towns, and they can only raise their economy so much,&rdquo; Munoz said. “These are the kind of shows that obviously make a difference to the Valley because it does create business, but it also financially helps back home [in Mexico] in a different way.&rdquo;

Stojanovic added that by bringing these artisanal goods from across the border, they are still able to maintain the traditions of artisan vendors and provide a safe environment for the community to freely shop and interact.

“It also bridges the gap between that uneasy tension that is a little bit present right now, unfortunately,&rdquo; Stojanovic said, adding that they do not charge artisans a hefty fee to set up when they hold these markets.&nbsp;[Vendors] come from far away, and there&rsquo;s no guarantee that they&rsquo;re going to sell; we&rsquo;re a non-profit so that&rsquo;s not the point of it – the point of it is to bring these types of events, tradition, history and craft to our community.&rdquo;