Faced with a felony drug charge, former Agua Special Utility District board member Francisco “Pancho” Flores rejected a plea agreement Tuesday — and may take the case against him to trial.

Officers arrested Flores in October 2015, when they searched him after a traffic stop and found less than 1 gram of cocaine, according to Sullivan City Municipal Court records. He’s charged with possession of a controlled substance, a third-degree felony punishable by 2 to 10 years in prison. 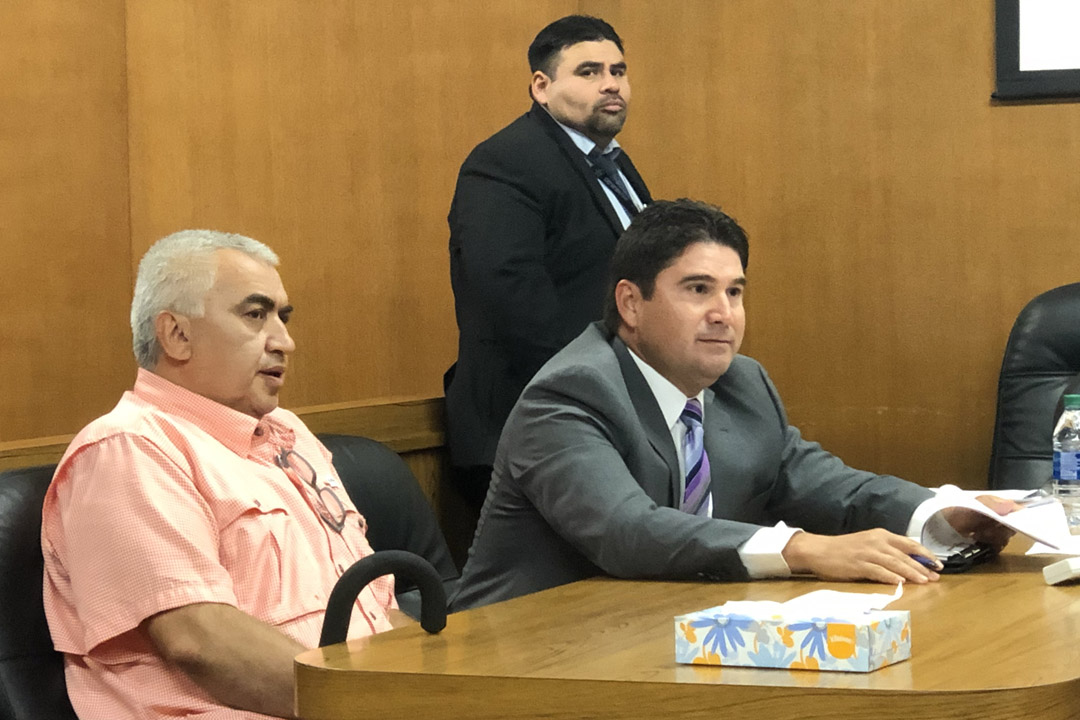 Prosecutors offered Flores a deal: If he agreed to plead guilty, they would recommend two years of deferred adjudication and a $500 fine. The Hidalgo County District Attorney’s Office would also file a motion to dismiss a related misdemeanor charge.

The case against Flores may depend on the credibility of former Sullivan City police Sgt. Daniel Duran, who stopped Flores for reckless driving and found the cocaine during a roadside search.

De La Fuente attempted to attack Duran’s credibility Tuesday, when the court held a hearing on his motion to suppress the traffic stop.

Duran received an “other than honorable” discharge from the U.S. Marine Corps Reserve in 2006, when he tested positive on a drug screening, according to Sullivan City personnel records.

De La Fuente asked Duran why he resigned from the Raymondville Police Department.

“The basis was that I was involved in a relationship with a PPO, which was a probationary peace officer, who had previously been dating the head investigator of the department,” Duran said.

In 2015, when an officer took stray bits of marijuana from the police department, Duran contacted the Texas Rangers.

No charges were filed against Cortes, who was nearby when the incident occurred. A grand jury, however, indicted Martinez. The case against him remains pending.

Sullivan City retaliated against Duran, suspending him without pay for three days. Faced with a hostile work environment, he resigned in 2016.

De La Fuente also attempted to ask Duran whether or not he’d been involved in an incident at Cavender’s in McAllen. Puig objected.

Vasquez sustained the objection, noting that De La Fuente had the opportunity to subpoena witnesses and submit evidence — but hadn’t.

De La Fuente abandoned that line of questioning and focused on the traffic stop, attempting to prove that Duran lacked a legitimate reason to stop Flores.

Vasquez wasn’t convinced. He denied the motion to suppress and scheduled a pre-trial hearing for Nov. 6.